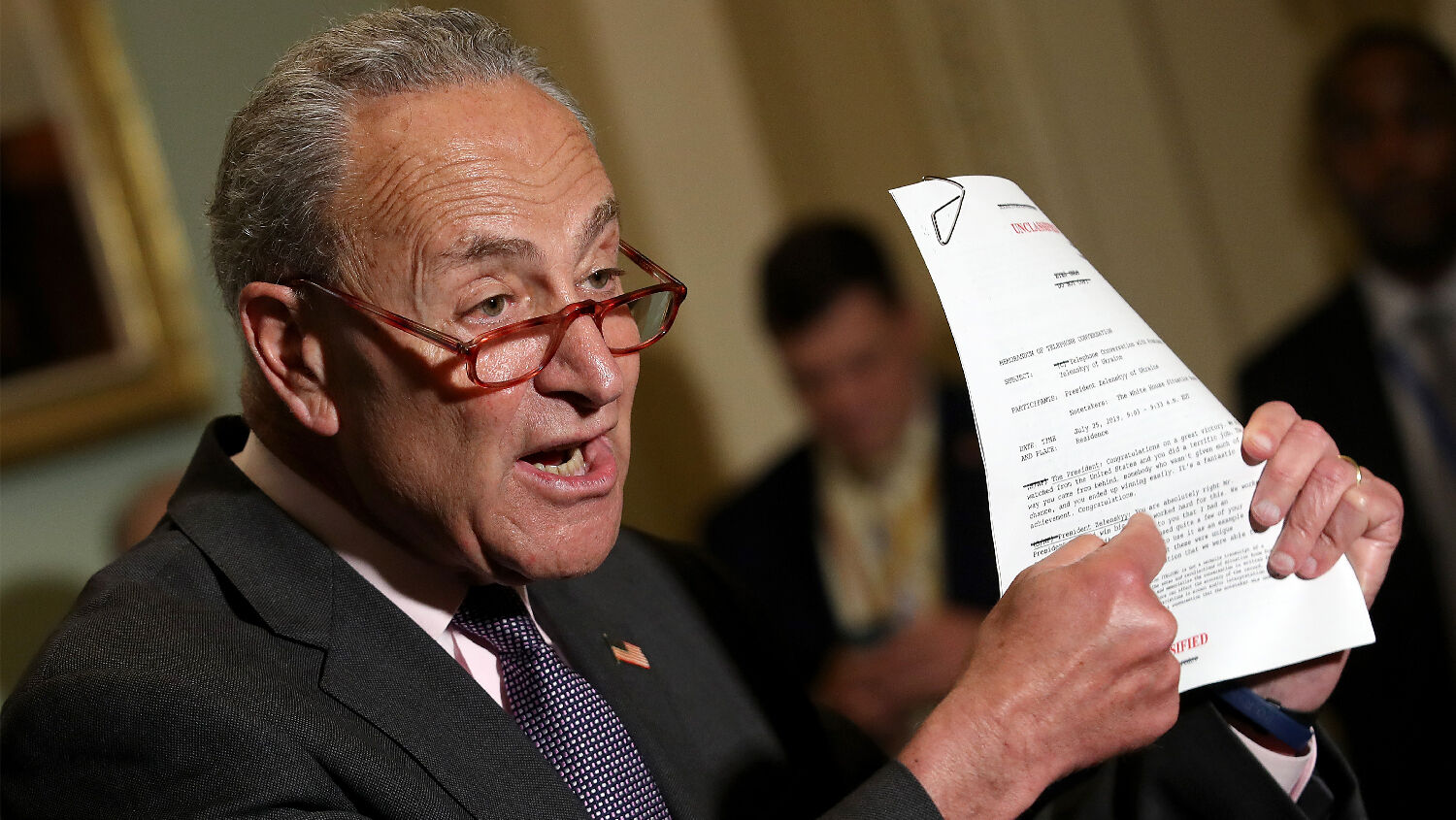 U.S. Senate Minority Leader Chuck Schumer holds up a copy of a recently released transcript provided by the Trump administration of the phone call between U.S. President Donald Trump and the Ukrainian President while speaking about the start of an impeachment inquiry at the U.S. Capitol on September 25, 2019 in Washington,
Win McNamee/Getty Images

The transcript of United States President Donald Trump’s talks with Ukrainian President Volodymyr Zelensky has been released, revealing the truth behind those talks. Regardless, the media continues to fiercely condemn President Trump for “threats” in the transcript that are not, in fact, there.

Britain’s Supreme Court has placed itself above the Queen as the highest authority in the land—above even the constitution. Despite the will of the people, Parliament is doing everything to keep Britain in the European Union. Why do Britain and America have the same pattern of lawlessness, lies and hypocrisy?

There is chaos in America and Britain, but there is also much hope amid the chaos. In this segment, we delve into that hope by studying the first of God’s autumn holy days—the Feast of Trumpets.