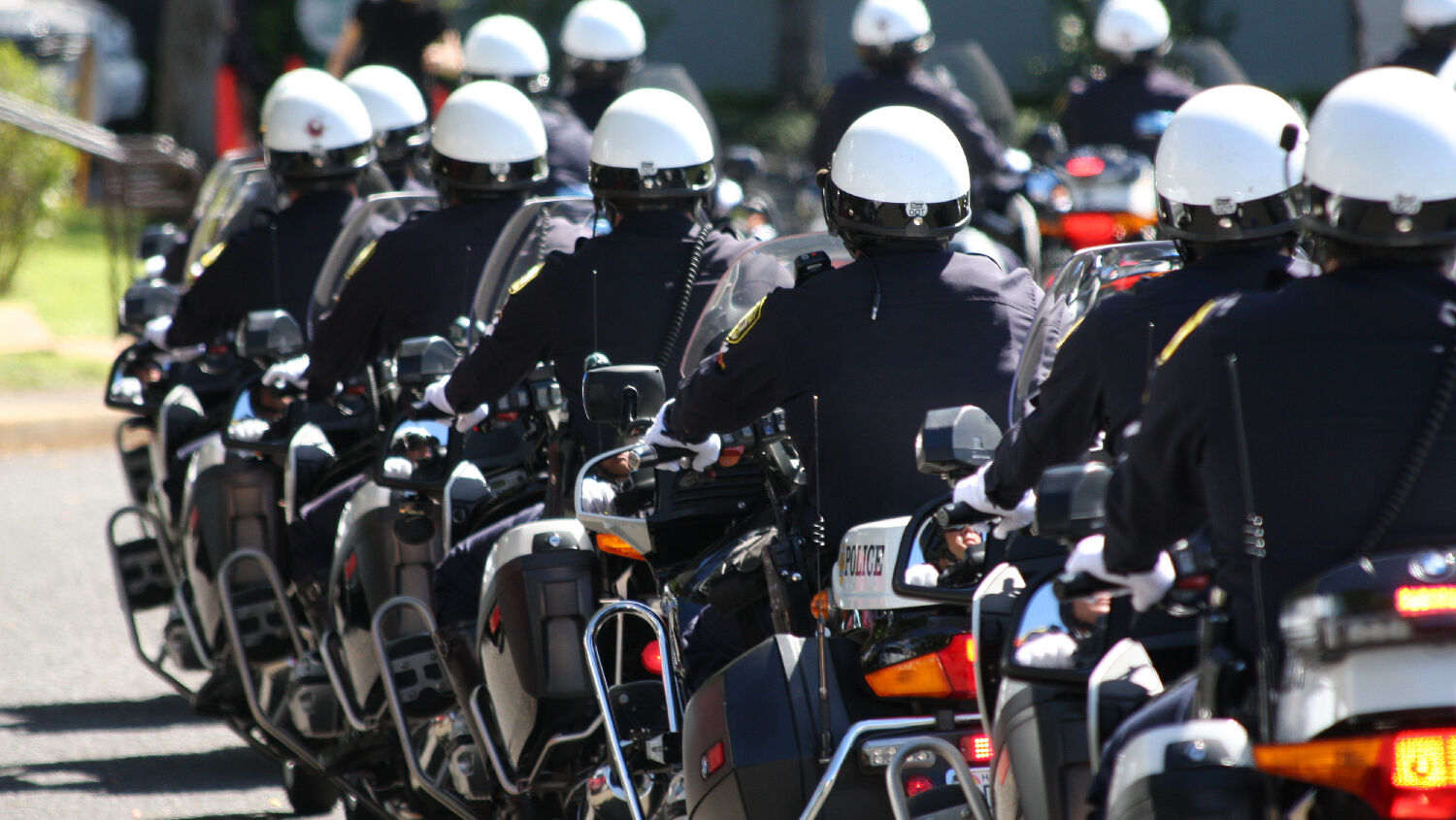 Police officers in procession for the funeral of a fellow officer
iStock.com/HakuNellies

What happens when you attack those who fight to preserve law and order?

At around 4:30 p.m. on Wednesday, August 14, police entered a North Philadelphia home to serve a previously convicted felon with a drug warrant. As the officers made their way through the home, the suspect opened fire.

The building was quickly surrounded by police and swat teams. A near 8-hour standoff ensued. Between 4:30 and 8 p.m., there was no break in gunfire for more than 40 minutes at a time. The suspect, 36-year-old Maurice Hill, surrendered to police shortly after midnight.

Six police officers were rushed to the hospital with gunshot injuries; however, all were quickly released after treatment. “It’s nothing short of a miracle that we didn’t have multiple officers killed today,” said the Philadelphia police commissioner.

But what is even more shocking than this one man opening fire on the police is the actions of a small crowd that gathered around the taped-off perimeter. While police were simply doing their job, striving to keep drugs and violence from spiraling out of control, a crowd gathered taunting, laughing and yelling at police officers, as the local cbs reported.

Fox News wrote, “Onlookers were seen taunting and throwing things at Philadelphia police Wednesday night amid a wild shootout … and video posted online shows one woman shoving a police officer making his way to the scene.”

Also occurring last week, a day before the Philadelphia standoff, an Immigration and Customs Enforcement facility in San Antonio, Texas, was attacked by armed assailants. No one was injured; however, the fbi called it a “targeted attack” and “had the bullets gone two inches in another direction, we could be here today talking about the murder of a federal official.”

While the number and identity of the assailants is unknown, police indicated that the attack appeared to be an intimidation attempt rather than seeking to harm employees.

The attack is an example of the physical assaults against immigration officials that correlate with the verbal abuse the liberal left constantly levels at immigration policies.

This rhetoric by the left, propelled by the mainstream media, is causing detrimental frustrations among law enforcement.

As if the trauma of dealing with crime, drugs, abuse, murder, terrorism, death and suffering isn’t enough, law enforcement officials now face increasingly abusive resistance. Would that crowd taunting the police in Philadelphia rather a volatile drug addict, with no qualms about killing police officers, be left on their streets to threaten them and their children instead?

For an increasing number of officers, the pressures of the job, together with the pressure from the public, is becoming too much to bear.

A report released on the same day as the Philadelphia shooting revealed the stark reality of the situation: 73 law enforcement officers have died in the line of duty so far this year. This is the risk officers face every day, but even more tragic are those officers who die by their own hand. According to the report “We Can’t Imagine What Cops Go Through,” eight members of the New York Police Department have committed suicide this year, a sharp increase on the average four or five suicides annually. (Since the report’s release, another New York police officer has committed suicide.)

There are an untold number of reasons why a law enforcement officer would take his or her own life, but the incessant verbal and physical attacks against them, combined with the public distrust and scrutiny of every split-second decision an officer makes, are having an effect.

“We should ask ourselves whether the critical posture that so many have taken … toward police in recent years reflects an appreciation of that reality,” the report states. “Instances of police misconduct exist, of course, and they justifiably lead to public scrutiny and condemnation; but we should resist the tendency to allow those events to shape how we view police more broadly.”

cnn opinion writer James Gagliano wrote after the Philadelphia shooting that police, just as imperfect and fallible as every other person, are “forced to make split-second, consequential, life-and-death decisions in real time, bereft of 20/20 hindsight and slow-motion videotaped reviews. Self-doubt or fears of post-incident hyperscrutiny can have a deleterious effect on officer safety.”

And these effects can be seen in cities like Baltimore, Maryland, where the rates of arrest are decreasing following racially motivated protests over police conduct. Meanwhile, crime increases.

“What happens when fearful police pull back? Criminals run amok!” Trumpet editor in chief Gerald Flurry wrote in his August 2015 article “Police Under Attack.” “The nation’s police are being undermined in ways that will prove devastating to our cities in particular.”

Mr. Flurry knew exactly where this was leading based on a prophecy in Isaiah 1: “Your country is desolate, your cities are burned with fire …” (verse 7).

This breakdown of the rule of law and the attack on law enforcement is not going to end any time soon. The Bible says it is leading to a wholesale breakdown of law and order. Mr. Flurry continued:

That nightmare is already starting, and could break out and spread throughout the nation overnight! … God is allowing this attack “by reason of transgression” [Daniel 8:12]—because of the terrible sins of the people of America! …

But in the end, these nation-destroying problems are actually correction from God to help us see our sins and repent of them. The same Bible that prophesies of our cities burning shows that ultimately, all this suffering will help bring this nation to its senses and prepare us to submit to God once Jesus Christ returns to this Earth. Thank God for that!

To learn more about where these attacks on those who are supposed to uphold law and order is leading, read our Trends article “Why the Trumpet Watches the Destruction of the Rule of Law in America.”