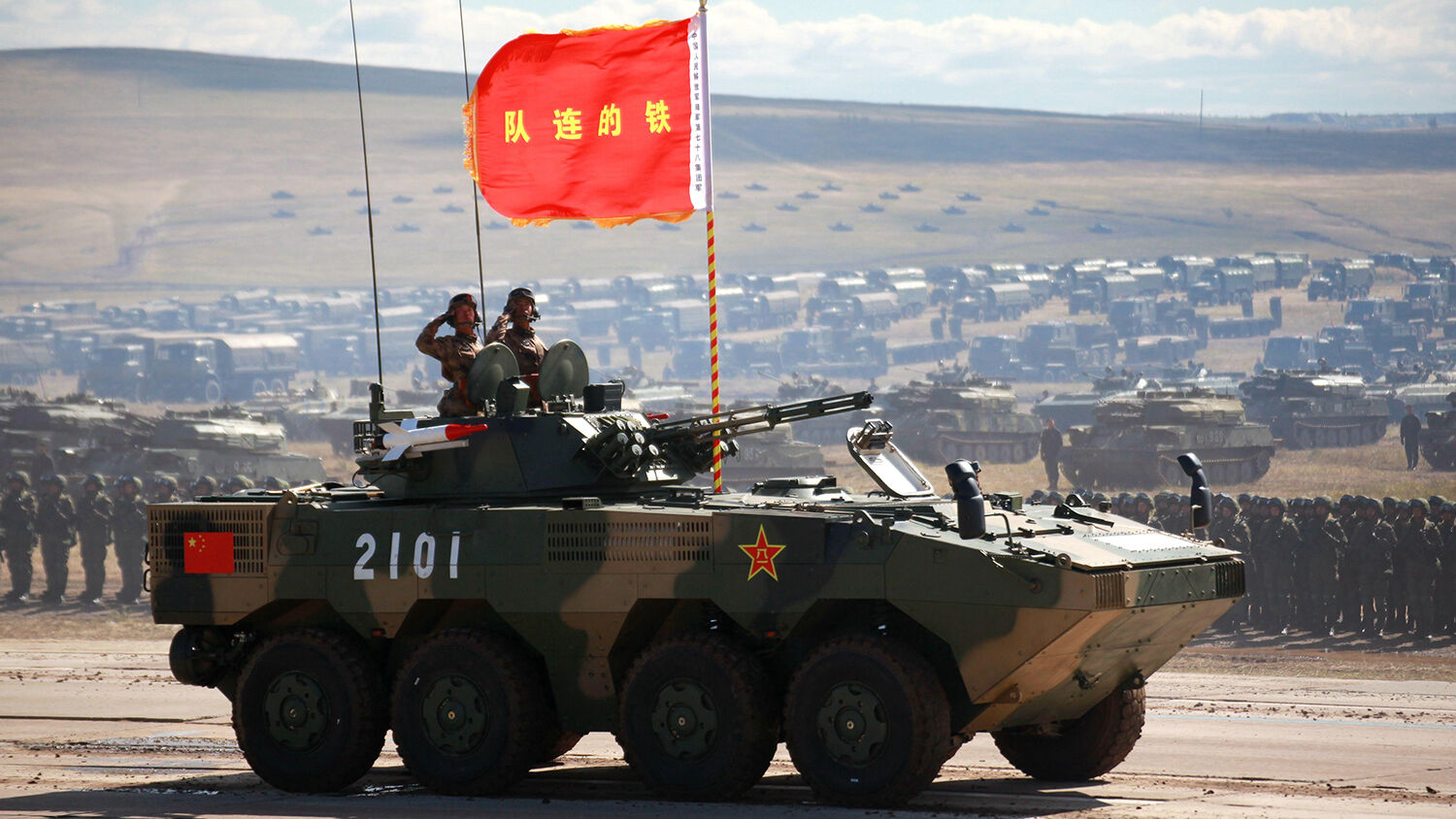 And reveals its orientation toward inflicting ‘warfare like this world has never seen.’

China has stated that its military exists for peaceful purposes. On July 24, China released its latest defense paper, “China’s National Defense in the New Era.” China’s state-run news agency said that the paper “is solid proof that the country’s military policy is defense- and peace-oriented.”

“The Chinese nation has always loved peace,” the paper states. But it reveals an increasingly militaristic country.

China’s defense goals outlined at the outset of the paper include: “to deter and resist aggression”; safeguard its political and citizens’ security; ensure social stability; oppose separatists in Taiwan, Tibet and Xinjiang; safeguard China’s sovereignty, unity, territory, maritime rights and interests, outer space and cyberspace interests; and to support sustainable development of the Republic.

Day-to-day reality in China shows that it is pursuing these defensive goals with an offensive spirit.

Consider its bullying of Malaysia and Vietnam in the South China Sea.

China has long claimed that its actions in the South China Sea are not militaristic. During a 2015 joint press conference with former United States President Barack Obama, Chinese President Xi Jinping said that China “does not intend to pursue militarization” of the South China Sea. But its 2019 defense paper states, “China exercises its national sovereignty to build infrastructure and deploy necessary defensive capabilities on the islands and reefs in the South China Sea, and to conduct patrols in the waters of Diaoyu Islands in the East China Sea.”

What China is doing in the South China Sea should terrify the world. One third of the world’s maritime trade sails through this body of water, and China has the power to seriously disrupt it.

The paper also writes that China’s People’s Liberation Army needs to urgently improve in “mechanization” and “informationization,” as it lags behind the world’s leading militaries and confronts “risks from technology surprise.” Analysts note that Chinese hardware is improving but its software continues to lag behind.

In June, former U.S. Deputy Defense Secretary Robert Work described China’s approach as: “[W]e do not care how many ships we sink; we do not care how many planes we shoot down. All we care about is if we can pry apart the digital network the U.S. uses to apply force, and we will prevent the United States from achieving its campaign objectives.”

The Chinese defense paper also highlights the importance of China’s increased collaboration with Russia, saying, “The military relationship between China and Russia continues to develop at a high level, enriching the China-Russia comprehensive strategic partnership of coordination for a new era and playing a significant role in maintaining global strategic stability.” Together, they see themselves as the balancing power to the U.S.’s “growing hegemonism,” which it states has “undermined global strategic stability.”

Finally, the paper has strong language against Taiwan’s independence. It identifies separatist forces as the “gravest immediate threat” and “the biggest barrier hindering the peaceful reunification of the country.” China, which is controlled by the Communist Party, has consistently pushed for control of Taiwan, which is democratic. The paper states, “We make no promise to renounce the use of force, and reserve the option of taking all necessary measures. … The [People’s Liberation Army] will resolutely defeat anyone attempting to separate Taiwan from China and safeguard national unity at all costs.”

Chinese State Councilor and Minister of National Defense Wei Fenghe criticizes the U.S. for its support of an independent Taiwan and naval operations in the South China Sea, saying conflict or war between China and the U.S. would be a disaster pic.twitter.com/TmUcR0nybv

Elsa Kania, senior fellow for the Center for a New American Security, said these were some of the most explicit threats aimed at Taiwan to date.

China is not pursuing peace. Its true intent, as has been revealed through the “more sure word of prophecy,” will soon be on full display.

A giant Asian superpower, with a modernized Russia and China at the helm, will dramatically affect the course of history. This emerging power bloc—a conglomerate of peoples which comprise over half of the world’s population—will be deeply involved in the tumultuous tide of events that will lead to the conclusion of mankind’s 6,000 years of self-rule! … Keep your eye on China. Within a few short years, this nation—the ascendant, proud China that has emerged today—will dazzle the world.

Ezekiel 38 identifies several of the Asian nations that will form this alliance, including China (Magog) and Russia (Meshech and Tubal). For more detailed information, request Russia and China in Prophecy. The Bible calls this alliance of nations “the kings of the east” (Revelation 16:12) and reveals that they will field a combined army of 200 million men (Revelation 9:16).

China’s defense paper attempts to assuage public concern by reiterating that it “will not attack unless … attacked, but … will surely counterattack if attacked.” This is a very telling statement to those who understand Bible prophecy.

For more information on China’s rise, read the Trends article “Why the Trumpet Watches the Rise of China as a Superpower.”