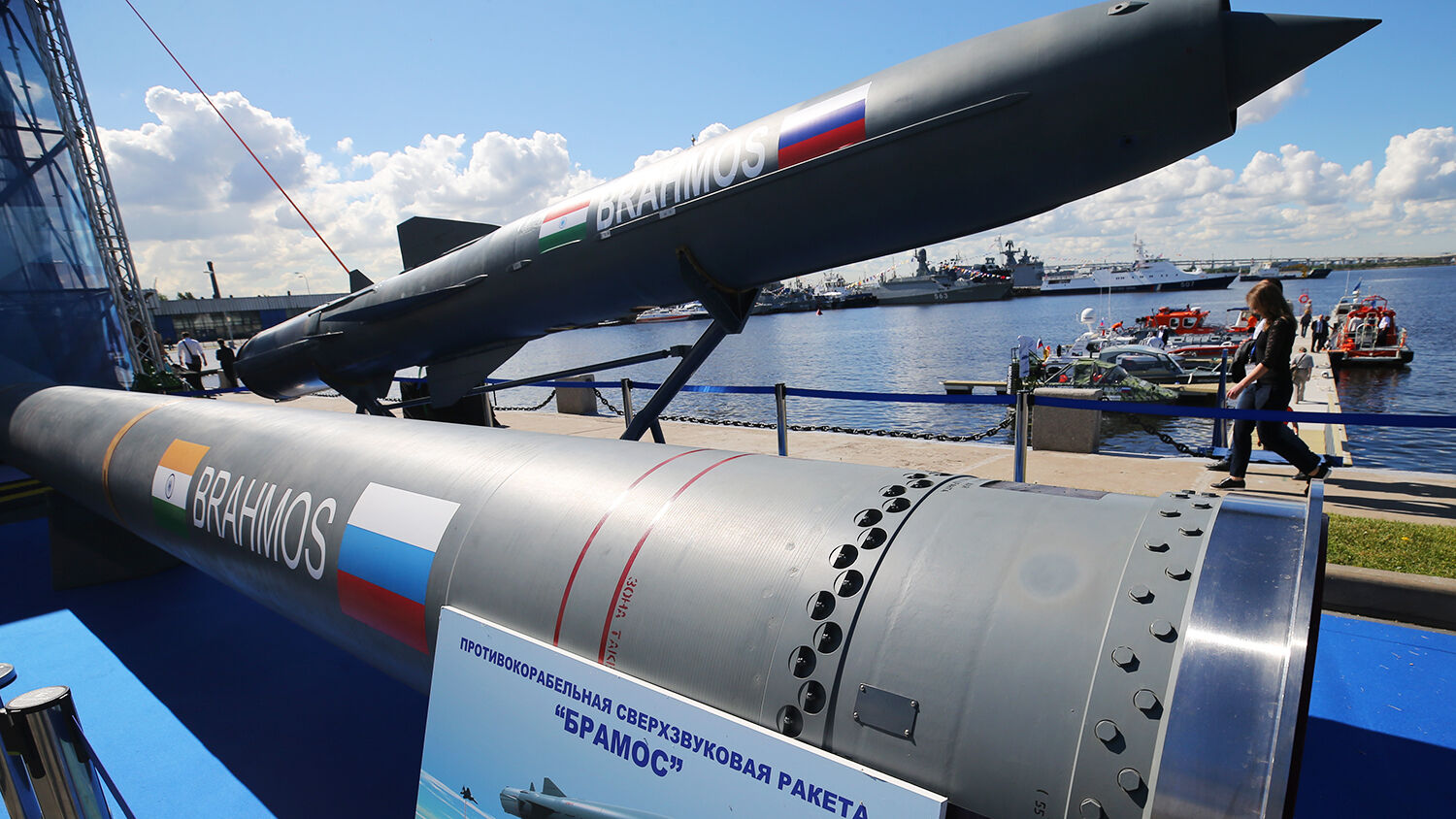 Russia and India have been collaborating on an increasing number of defense deals related to frigates, attack submarines, air defense systems.

Russia is reportedly preparing to begin work on two guided-missile frigates for the Indian Navy. The ships will be built at Russia’s Yantar Shipyard in Kaliningrad as soon as India makes its first payment toward the $2.5 billion deal, which, according to the contract, is expected by the end of the month. India is expected to pay for the frigates in euros to avoid U.S. sanctions under the 2017 Countering America’s Adversaries Through Sanctions Act.

This law requires the U.S. to enforce economic punishment on India for executing a transaction above $15 million with Russia’s defense industry. Despite this risk, Indian Defense Minister Nirmala Sitharaman made clear that the U.S. law will not “impact the India-Russia defense cooperation.” He went on to say, “In all our engagements with the U.S., we have clearly explained how India and Russia’s defense cooperation has been going on for a long time and that it is a time-tested relationship.”

The Indian Navy is expected to receive the first ship by the end of 2022; the second is scheduled six months later, with all four being delivered by 2026.

Russia has also offered to jointly develop a new attack submarine for the Indian Navy. The diesel-electric submarine is based on the Russian Amur-1650 ssk. If the project goes ahead, it will reportedly surpass the usual license-production agreements and involve a significant transfer of military technology.

India’s Ministry of Defense plans to domestically build six of these submarines, estimated at $6 billion, in collaboration with a foreign country. Naval companies in France, Sweden and Germany are vying for the contract, but India is not expected to pick its partner for at least two years.

The submarines will be equipped with BrahMos supersonic cruise missiles, which are being jointly developed by India’s Defense Research Development Organization and a Russian rocket design company. No date for deployment of the submarine version of these missiles has been set. The BrahMos missile gets its name from India’s Brahmaputra River and Russia’s Moskva River.

According to defenseworld.net, the missiles will include a digital fuel injection system, which will increase their speed from Mach 2.8 to Mach 3.5. This new version—while being slimmer, three meters shorter, and weighing about 50 percent less—will retain a range of 290 kilometers.

India’s procurement of Russian-made S-400 Truimf air defense systems is also continuing, despite the threat of U.S. sanctions. Delivery will begin in October 2020 and is expected to be completed by April 2023.

The S-400 is one of the most advanced surface-to-air defense systems in the world. Pointing two missiles at each target, the system is capable of simultaneously shooting down 80 targets up to 248 miles away and at an altitude of up to 19 miles.

Look at the functioning of S-400 Triumf anti-aircraft or surface to air missile defence system. India and Russia are likely to ink the historic deal today in New Delhi after the bilateral meeting between PM Modi and President Putin ends. Watch! pic.twitter.com/O2K2zoxlrY

Pratyush Rao, associate director for India and South Asia at Control Risks consultancy, called the deal a “catch-22,” saying India was walking a “diplomatic tightrope between a trusted but waning partner [Russia] and a growing yet temperamental partner [U.S.].” India has a history of strong relations with Russia. About 68 percent of India’s military equipment is supplied by Russia. India’s relations with the U.S., on the other hand, are still relatively young.

Indian Express reported last week that India’s government had notified the U.S. that it would continue to purchase Russia’s S-400 missile system. “With Russia, we have had a continuous relationship of defense procurement of seven decades,” Indian Defense Minister Nirmala Sitharaman said on Friday. “We have had this relationship, an enduring relationship with the Russians, and are going ahead with buying the S-400.”

These defense deals are pivotal decisions that show where India’s commitments lie. “Will India be inside the camp with the United States and its close partners,” asked the American Interest, “or on the other side with Russia and China? This is the reason India’s pending acquisition of Russia’s S-400 anti-aircraft system may be so consequential.”

These events are of vital significance in the context of Bible prophecy. India and Russia’s defense ties are prophesied to continue to increase into a massive end-time military alliance.

“Son of man, set your face against Gog, of the land of Magog, the prince of Rosh, Meshech, and Tubal, and prophesy against him” (Ezekiel 38:2; New King James Version).

Referencing this scripture, Plain Truth editor in chief Herbert W. Armstrong wrote in 1981, “There is general agreement among students of prophecy that ‘Gog’ in the land of ‘Magog’ is the vast regions of northern Eurasia extending from the Baltic to the Pacific. ‘Meshech’ is Moscow, ‘Tubal’ is Tobolsk. The Bible margin says ‘Prince of Rosh,’ which is Russia.”

Our booklet Russia and China in Prophecy further explains Ezekiel 38:

This passage in Ezekiel goes on to list “Ethiopia, and Libya … and many people” being allied with Russia and China (verses 5-6). Ethiopia and Libya should be translated “Cush” and “Phut.” Although portions of the tribes of Cush and Phut migrated to African nations, the rest settled in areas of India. The context of this passage shows that it refers to modern-day Indians (and perhaps Pakistanis) rather than to the African peoples.

These identities are critical for us to understand where modern nations fit in biblical prophecy.

In Ezekiel 38, Russia and India are identified together. But what role are they prophesied to fulfill?

The Bible warns of a great military power rising up in the East. Revelation 16:12 calls it “the kings of the east,” and Revelation 9:16 says that it will wield a combined army of 200 million men. Ezekiel 38 identifies the nations that are destined to form this Eastern bloc. The biblical predecessors of Russia and India, along with many other Eastern nations, are directly referenced. While these two powers still have challenges in their relationship, prophecy shows their defense ties will continue. India’s massive population, together with Russia’s advanced weaponry and the addition of many other Asian powerhouses, will combine to form this formidable military alliance.

To learn more about the prophecies surrounding the kings of the east and where the defense collaboration between Russia and India is leading, please read Russia and China in Prophecy.