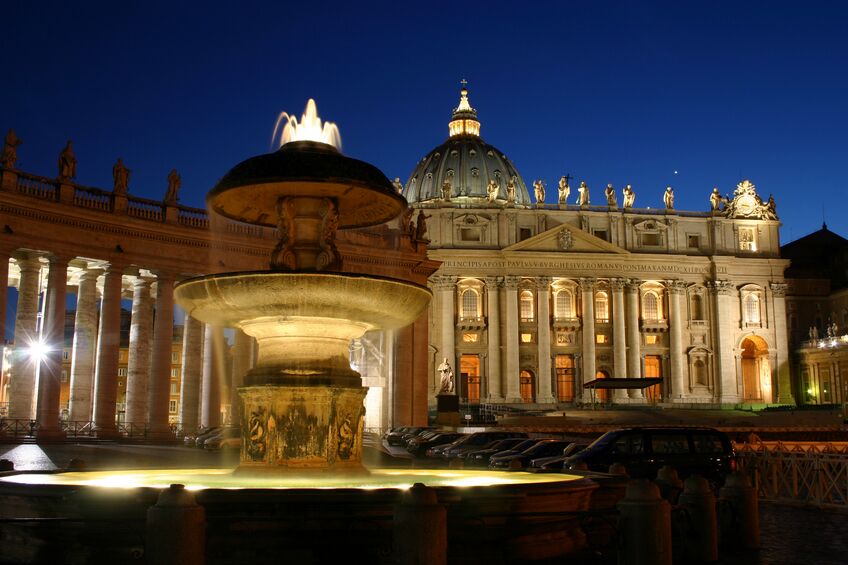 Compromise, the hallmark of Protestant pluralism, has Protestants edging closer to Catholicism.

The Catholic Church has used the ecumenical tool, in the last four decades, to rebuild relationships with its Protestant daughters and Eastern Orthodox churches. The Vatican ii initiative, coupled with other major documents like the 1964 “Restoration of Unity” by Paul vi and the 1995 encyclical, “That They May Be One,” by John Paul ii, outlines how Catholics would like to have one universal—Catholic—church.

The last four decades have seen creeping success in the drive for unity. Since the death of Pope John Paul ii, that drive has increasingly manifested itself in a major effort by Protestants to enter back into the Roman Catholic fold.

Archbishop of Canterbury Rowan Williams broke an ancient taboo by attending the funeral of John Paul ii. He called his attendance there “a mark of the deep bonds of personal closeness and intimacy that have come to exist between the office of the archbishop and the papacy.” He went so far as to label John Paul “one of the very greatest” 20th-century Christian leaders.

John Paul ii brought a renewal to the ecumenical movement between Protestants and Catholics. He was especially focused on interfaith unity. For instance, in a December 2004 message to archbishops and bishops, he articulated what he saw as the need for the Catholic Church to lead the drive for unity among all mankind.

Now, Benedict has taken up that role. Right from the get-go, Benedict stated his “primary task” would be to unite all Christians. In keeping with that goal, the purpose of the January 8 meeting was, in the pope’s words, to “bear fruit in a renewed commitment to work for the unity of all Christians” (Zenit, January 8).

Under this cloak of religious pluralism lurks the fact that the Catholic Church is simply the dominant “Christian” force in the theological world, and everyone knows it.

In September 2000, former Cardinal Ratzinger issued a scathing rebuke of the notion that any Protestant denomination was equal with the Catholic Church in the document “Dominus Iesus.” In the document, Protestant congregations are termed “not churches in the proper sense.” On the sensitive subject of apostolic succession—one man rulership of the church—Ratzinger states, “there exists a single Church of Christ, which subsists in the Catholic Church, governed by the successor of Peter [the pope] ….” And finally, on the subject of salvation, he calls all Protestant churches in a “gravely deficient situation in comparison to those who, in the [Catholic] Church, have the fullness of the means of salvation.”

The Benedictine view of religious pluralism has been definitively stated. Why, then, do Protestants persist in the charade of “interfaith” dialogue?

Again, for religious pluralism to thrive, one of the conditions must be compromise. The Catholics will never compromise, and they are not trying to hide that fact.

Protestants, on the other hand, continue to wash their memories of the Dark Ages, of religious persecution, of great bloodletting. Clifton Kirkpatrick, president of warc, sews up the Protestant viewpoint: “There is still much to be done to move beyond our past condemnations of one another … [and to] serve God together without worrying about inhibitions …” (Zenit, op. cit.).

As for the more than 400 million Protestants engaged in ecumenical dialogue with the Roman Catholic Church, the Bible indicates these will eventually return to the fold. Some of our readers may remember Herbert W. Armstrong saying, “Protestant churches everywhere are gravitating toward union with the Roman Catholic Church. These religious movements are speeding the fulfillment of prophecies of the resurrected Roman Empire” (Oct. 27, 1963).

The outcome of these talks has been prophesied. Don’t be caught unawares. Read Germany and the Holy Roman Empire.