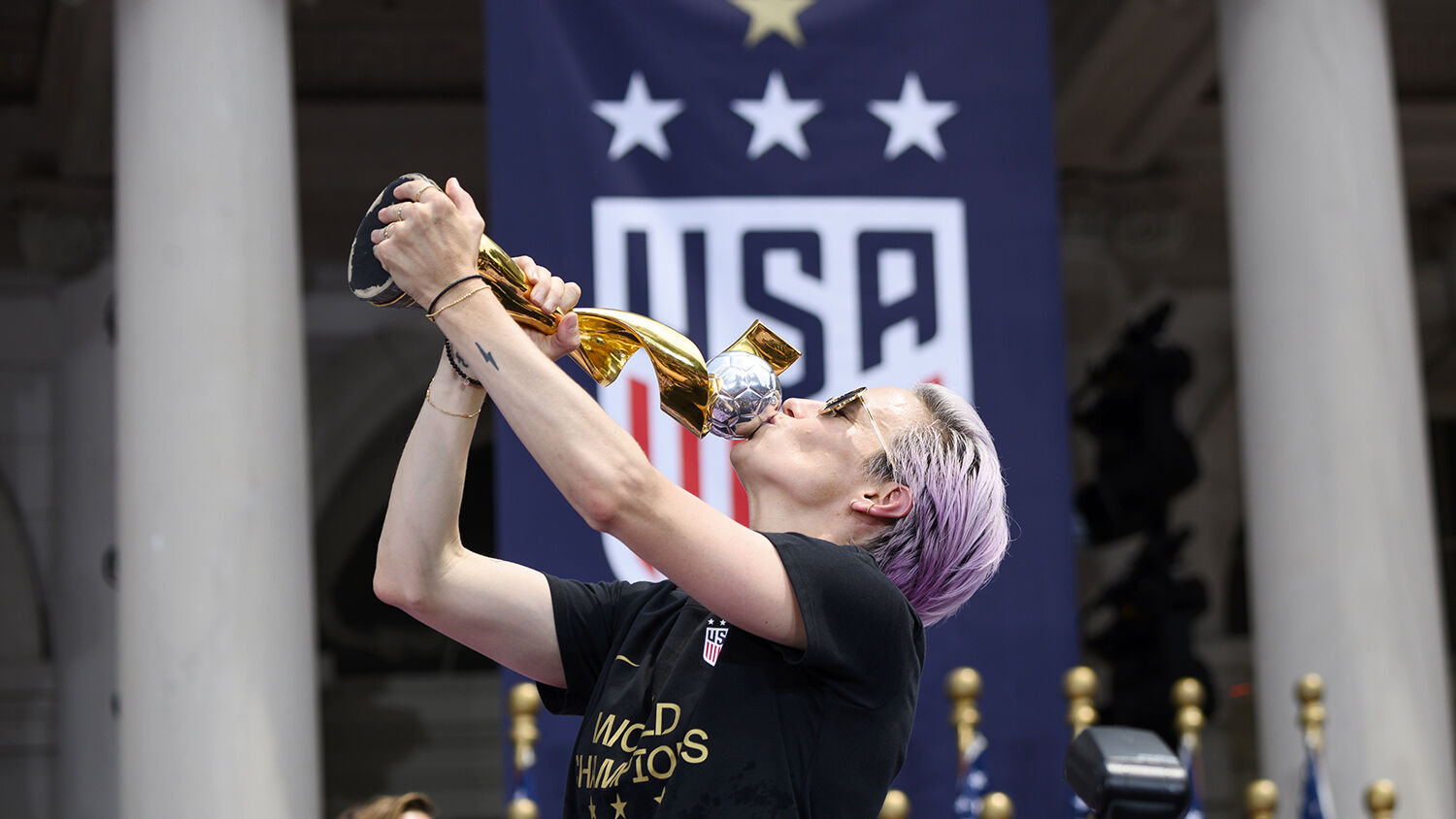 There is a fatal moral inversion now consuming Britain and America.

I want to show you two videos that in my opinion demonstrate the fatal moral inversion now consuming Britain and America.

The first video shows members of the UK Brexit Party turning their backs on the EU anthem (Beethoven’s Ode to Joy) as it was played during the opening of the European Parliament in Brussels last week. They had just been lectured by European Parliament President Antonio Tajani, who told them, “You stand for the anthem of another country.”

In Britain, this anthem protest was universally excoriated by the media and mainstream leaders and personalities. “This is petty, small-minded little England at its worst. These plonkers do a proud and open nation a disservice. Shame on them,” tweeted Labour M.P. David Lammy. Conservative M.P. Nigel Adams tweeted: “Congrats to the Brexit Party for embarrassing yourselves. Very un-British and childish. Grow up.”

Here is a photo from earlier this week of the U.S. Women’s Soccer team standing for the national anthem during a victory parade in New York City. Rapinoe not only refused to sing, she had a bold, confident smirk. She clearly relishes the rebellion.How did the mainstream media and radical left react to Rapinoe’s anthem protest? With rapturous applause and unfettered praise. Rapinoe returned from France a national hero, and for reasons well beyond her notable soccer skills. Rapinoe today is worshiped by the far left as a goddess of human rights and equality, and a role model for young girls, homosexuals and feminists across America. (It also helps that she hates Donald Trump and is quick to disrespect the president and his office.) This article in the Week even endorsed Rapinoe for president.

I understand that these are unrelated incidences from two different countries. But I think it’s fair to say that America’s leftist elite and mainstream media would respond to the Brexit Party anthem protest much like Britain’s mainstream media and elites did. And vice versa.

America and Britain have now reached the point where, if you quietly protest an increasingly unpopular, anti-democratic organization that is actively developing the organs of a dangerous federal superstate, you are blasted as small-minded, shameful and wrong. Meanwhile, if you protest the anthem of the world’s greatest humanitarian nation, a nation that has rescued the world from the jaws of tyranny—and a nation that, more than any other country on Earth, protects and advances values such as freedom of expression, individual liberty, equality and human rights—you are brave, admirable and right.

America and Britain in the 21st century are exactly as the Prophet Isaiah said they would be some 2,600 years ago. “Woe unto them that call evil good, and good evil; that put darkness for light, and light for darkness; that put bitter for sweet, and sweet for bitter! Woe unto them that are wise in their own eyes, and prudent in their own sight!” (Isaiah 5:20-21).