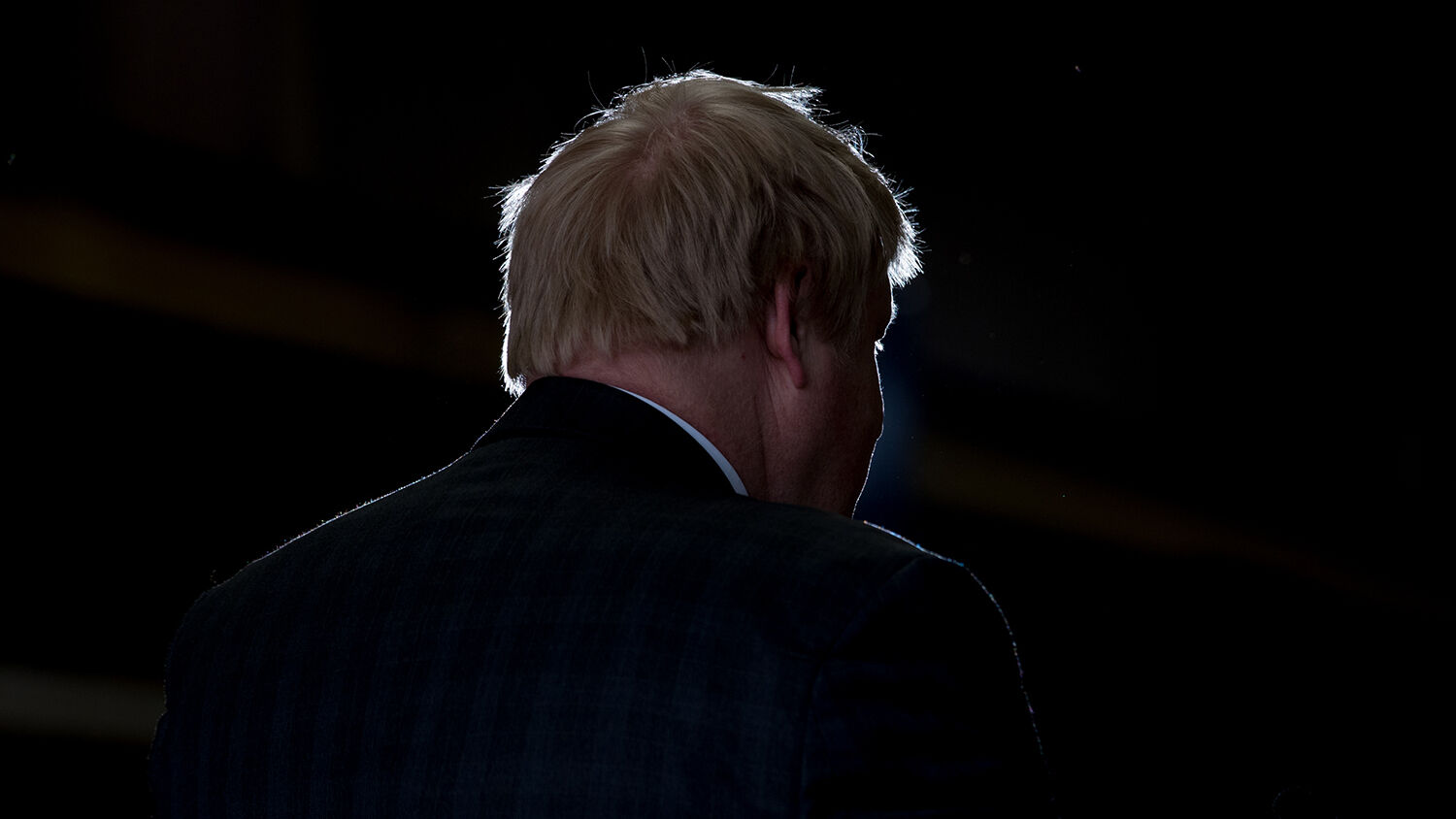 Polls indicate Johnson will win easily. And so the media is going berserk.

Over the weekend, stories of a row between Johnson and his girlfriend, Carrie Symonds, have dominated British front pages. In the early hours of Friday morning, Mr. Johnson’s neighbor—a passionate anti-Brexiteer—heard angry shouting. Quickly, she sprang into action. Her first response was to hit record on her phone. Then she called the police. And then, when the police informed her that everything was fine, she called Britain’s most left-wing mainstream news outlet—the Guardian—and offered it the recording of the argument.

Just a few years ago, the Guardian was a fierce campaigner against press intrusion into the private lives of celebrities and politicians. But since the target of that intrusion is Boris Johnson, we’ve been given all the lurid details—the cries of “Get off me” and the sounds of plates smashing, and the hurled accusation that “You just don’t care for anything because you’re spoiled.”

I’m not here to defend Mr. Johnson. Parts of that story seem worrying. But the main thing I want to point out is the unhinged way the media and leftists are responding to him.

This opposition goes beyond the normal back-and-forth of politics. The hatred for Mr. Johnson goes so far that he’s treated as unworthy of normal human decency.

Protesters now stand outside that private house that Mr. Johnson shares with his girlfriend. “We must devastate the avenues where the wealthy live,” reads one sign. “Camberwell welcomes migrants, not Boris,” reads another. The rest are unprintable. According to one report, because of the demonstrations, Ms. Symonds is now too scared to go home.

“Doesn’t this cross a line?” asks Brandan O-Neill in the Spectator. “Protesting against politicians is one thing …. But turning up to the private apartment of a politician’s girlfriend to hurl expletives is something else entirely.”

Like President Trump, Johnson’s personal life is subjected to exacting scrutiny by the press. And like President Trump, he is also subjected to unhinged accusations of Russian collusion. His opponents are going over everything he’s said or written that can be used as evidence against him—often by stripping the words of their context and twisting their meaning. Does this sound familiar?

It’s not just the press or the protesters who are crossing lines. Scottish National Party leader Ian Blackford repeatedly accused Mr. Johnson of being racist on the floor of the House of Commons last week. The rules of the Commons forbid members of Parliament from questioning another’s motives or honor—accusations of racism are clearly forbidden. The Speaker dutifully asked Mr. Blackford to withdraw his accusation. He refused. In normal circumstances, Mr. Blackford would be ejected from the house. But because the object of his accusation was Mr. Johnson, he was allowed to stay.

I’m not the only one to spot the similarities between the treatment of Mr. Trump and that of Mr. Johnson. It’s so obvious, everyone and his dog seems to be making the observation.

Even before news of Johnson’s domestic row broke, Fraser Nelson wrote in the Telegraph, “Boris drives people quite mad.” He’s repeatedly subjected to “attacks that are so rabid and so hysterical that they end up strengthening their target.”

“Such attacks helped take Donald Trump to the White House, and it may now do the same for Boris,” he wrote.

One of the Spectator’s cover articles, before the row with Symonds, was titled “Are You Suffering From Boris Derangement Syndrome?”

“In the U.S., Trump Derangement Syndrome, or tds, is a well-established phenomenon,” wrote Toby Young. “The journalist Fareed Zakaria defined it as ‘hatred of President Trump so intense that it impairs people’s judgment’ and it has led to well-respected columnists describing him as a ‘fascist,’ a ‘white supremacist’ and a ‘Nazi.’”

He continued, “So far, Boris Derangement Syndrome, or bds, hasn’t reached those heights, but we’re not far off.”

Then news of the row hits, and bds jumps quite close to those heights. The Telegraph’s Sherelle Jacobs wrote yesterday that “although Boris has not been elected prime minister yet, this weekend he was officially inaugurated as Britain’s Donald Trump.”

“Boris is our Trump candidate,” declared another Telegraph column.

A couple of weeks ago, theTrumpet.com managing editor Brad Macdonald wrote about the similarities between Britain’s “deep state” and America’s. It’s fascinating to see that parallel continue—even in the way the system treats a leader who wants to go against its will.

How is it that the press in Britain and America are behaving in such similar ways?

Both countries are experiencing a growing willingness to break rules, traditions and standards. When the speaker of the house allows accusations of racism to stand, he’s allowing members to break clear rules that have stood for centuries. Protesters are violating what used to be regarded as basic standards of human decency. For many on the left, rules and standards don’t matter. Getting Boris does.

For the United Kingdom, the major factor here probably isn’t even Boris Johnson himself. This frenzied attempt to take down the front-runner for the prime minister’s office is not about Johnson but about stopping Brexit.

But it’s part of the same spirit of lawlessness that we see in both Britain and the U.S. Political debate no longer takes place within the rules of law and traditions of political processes the way it once did.

“There is a spiritual dimension to America’s decline that most people do not see,” wrote Trumpet editor in chief Gerald Flurry. That is true for Britain too.

This spiritual dimension is crucial to understanding the weirdly extreme level of hatred toward both Boris Johnson and Donald Trump. Otherwise, it cannot be explained rationally.

To understand this dimension, please read our free booklet America Under Attack. I understand that for many of us living outside of America (and maybe for some living inside too), U.S. politics can be hard to follow and confusing. But fundamentally, this is not a book about American politics. It is a book about an important spiritual event that is affecting the whole world. It’s something we all need to understand, wherever we live. As usual, you can order your own free copy or read it online.