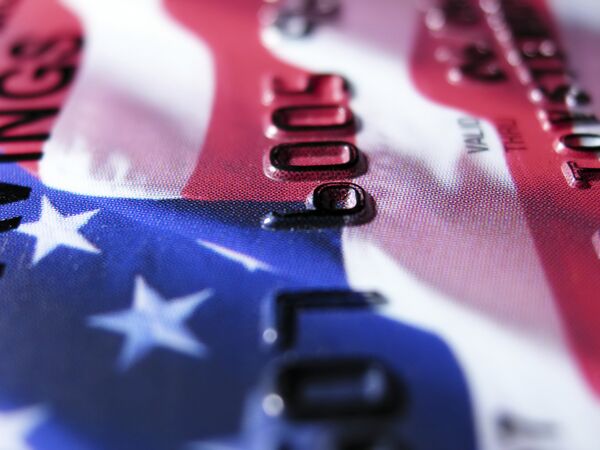 With the American and British economies so dependent upon lavish consumer spending in order to stay afloat, signs of consumer overstretch are particularly worrisome.

Consumer spending is the backbone of the American economy. And more and more, society is geared to encourage us to spend.

The commercialization of Christmas is particularly demonstrative of the importance of consumer spending. Months prior to Christmas—even before Thanksgiving— advertisements start plastering the airwaves. “Buy now—pay later” and “no payments to 2007” have become synonymous with our guilt-free view of living for the present moment.

As many of those commercials demonstrate, debt has fueled much of the recent consumer spending. But few consider that debt is a form of enslavement. Few seem to remember the biblical proverb, “The borrower is servant to the lender.”

America’s consumption-based economy is at the tipping point, and increasing debt payments might be the bump to push it over the edge. As Martin Cantor, director of economic development with Sustainable Long Island, an advocacy group, says, “No matter how bad the economy has gotten, everybody pointed to increasing consumer activity to sustain it …. If that goes, there’s nothing left” (Newsday, Dec. 11, 2005).

How long can we keep spending money we don’t have?

Since the end of the last recession in November 2001, the average worker’s wage has not increased. In fact, inflation-adjusted average wages are still below what they were when economic recovery began more than four years ago (Wall Street Journal, January 4).

Instead of cutting back on spending when faced with a dip in real wages, consumers decided to maintain or improve their standard of living—even if that meant spending their savings and taking on more debt.

In view of the fact that consumer spending now accounts for over two thirds of U.S. economic activity, if spending falters, so does the economy.

One of the means by which consumers have been able to continue to spend more than they earn is through easy debt provided by credit cards. But for many Americans, the cost of easy credit has just gone up. This past December, new legislation requiring credit card companies to increase minimum payments went into effect.

Approximately 40 percent of Americans carry a monthly balance on their credit cards. Of that number, 7 percent pay only the monthly minimum (Financial Times Information, January 3). That equates to more than 8.2 million Americans who will be forced to shell out higher monthly minimum payments.

In a decade, average credit card debt per household grew from $4,640 to $7,300 in 2004 (Newsday, op. cit.). Last year, the trend continued. Credit card company Visa recently announced that holiday shoppers charged 18 percent more money on its credit cards during the three months leading up to Christmas than they did last year.

As these consumers pay more to service their credit cards and pay off their bills, they will be forced to cut spending elsewhere.

For an economy so reliant on high consumer demand, this is not good news.

But American consumers are not the only ones who have been feeling the pinch of too much credit card debt. The Legal Services Commission of Britain is warning that Christmas spending could be “catastrophic for more than 6 million families in Britain already struggling to meet their debt repayments” (Irish News, Dec. 14, 2005).

According to accountancy firm Grant Thornton, a record number of personal insolvencies are predicted for first quarter 2006 in England and Wales. Approximately a third of those will be occur because of “excessive Christmas spending” (Independent, January 3).

Amazingly, two thirds of total EU credit card debt is British. It is no wonder that more personal bankruptcies are expected to occur in Britain during 2006 than in any other year since records on personal debt began to be kept 45 years ago and that bankruptcies are surging at an annualized rate of more than 30 percent (ibid.).

The American and British economies are more precarious than most people think. The mountains of debt that now face American and UK consumers are about to come back to haunt us—even enslave us! Most people do not want to accept reality, but it is time for people to wake up and get their financial house in order.

The Trumpet can state with certainty that the American and British economies will collapse—bringing on a global crisis of unrivaled proportions!

If you want to know why this economic collapse is coming and where it is leading, request our free book The United States and Britain in Prophecy. It will prove to you where the U.S. and British economies are headed and how that will subsequently affect the world economy. Are you willing to face reality?