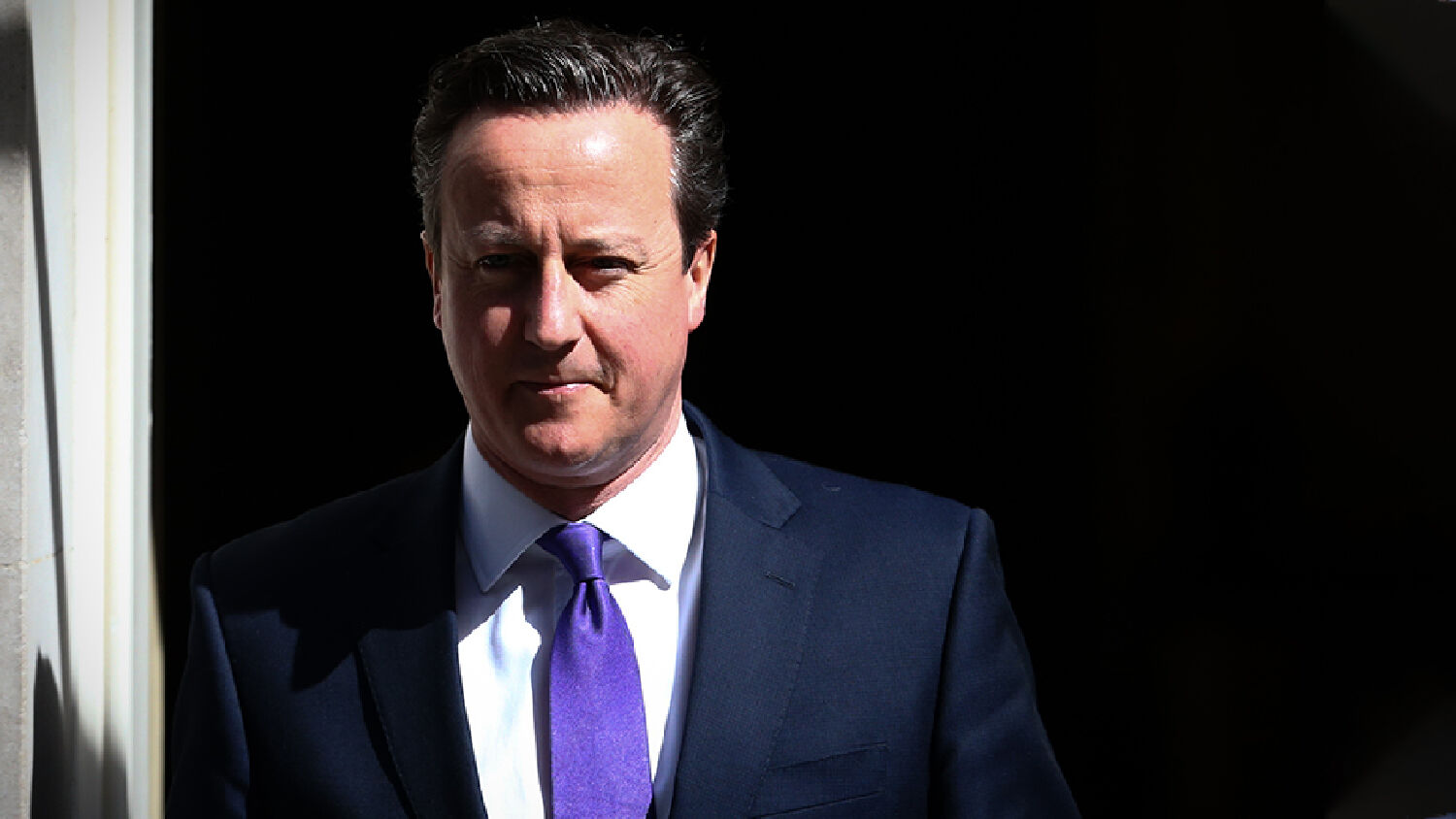 A massive stockpile of explosives for a terrorist attack was uncovered in London, in the autumn of 2015. Hezbollah had stockpiled 3.6 tons of ammonium nitrate—more than what was used in the 1995 Oklahoma City bombing to kill 158 people and injure around 700 others.

In the heart of a dense city such as London, such a cache would be devastating.

But more shocking than the attempted mass murder of perhaps hundreds was the response of the British government.

Then Prime Minister David Cameron and Home Secretary Theresa May were briefed on the plot. They covered it up.

Police arrested only one man. He was then released. The government did not even condemn Hezbollah or its sponsor, Iran. This March, 3½ years after the plot, the British government still hadn’t even designated Hezbollah as a terrorist group. During the debate over whether to do so, neither politicians nor the general public was informed of the attempted bombing.

Apparently, an Iranian-backed terrorist group can stockpile tons of explosives, get caught red-handed, and face zero consequences. Why?

The Telegraph, which publicized the plot, wrote, “It became clear, according to well-placed sources, that the UK storage was not in isolation but part of an international Hezbollah plot to lay the groundwork for future attacks.” Security officials do not believe that Hezbollah had not finalized its target when the explosives were discovered.

A few months before the London attack was uncovered, a similar stockpile of explosives was discovered in Cyprus. Hussein Bassam Abdallah, a dual Lebanese and Canadian national with photocopies of a forged British passport, had 9.9 tons of ammonium nitrate. Abdallah admitted to being a member of Hezbollah’s military wing and said the explosives were for a terrorist attack.

The timing is significant. The discovery of the London explosives came a few months after Britain, the United States and four other nations signed the nuclear deal with Iran. That deal went into effect on Jan. 16, 2016. Had the plot been publicized, then U.S. President Barack Obama would have faced even more pressure to back out of the deal.

This fits in to a similar pattern of lies and cover-ups.

In May 2016, the New York Times wrote, “The way in which most Americans have heard the story of the Iran deal presented—that the Obama administration began seriously engaging with Iranian officials in 2013 in order to take advantage of a new political reality in Iran, which came about because of elections that brought moderates to power in that country—was largely manufactured for the purpose for selling the deal.”

The way the Obama administration presented the Iran nuclear deal was literally fake news. Inconvenient truths about Iran and Hezbollah were supressed.

In 2008, the U.S. government launched a top-secret investigation of Hezbollah in Latin America. The Drug Enforcement Administration estimated that the terrorist group was earning $1 billion each year from drug trafficking, weapons smuggling and money laundering.

David Asher, who oversaw the investigation, called it “the largest material support scheme for terrorism operations” that his agency had ever seen. Trumpet executive editor Stephen Flurry described Hezbollah’s operations in Latin America a couple of years ago:

This project involved a huge amount of money changing hands. Reserves of U.S. cash in Lebanon doubled in a few years. Skyscrapers popped up around Beirut because of the cash influx. The Lebanese Canadian Bank became one of the fastest growing banks in the world.

Hezbollah used a lot of the money to buy an especially dangerous kind of ied (improvised explosive device)—the kind that was being used against U.S. troops in Iraq by Shiite militias. These ieds were so powerful that “they could blow the side off a building,” according to Asher.

Despite the massive national security interest in uncovering Iranian terrorist activities in America’s backyard, the Obama administration killed the investigation. “Obama administration officials threw an increasingly insurmountable series of roadblocks in its way,” wrote Josh Meyer, in his Politico piece “The Secret Backstory of How Obama Let Hezbollah Off the Hook.”

The senior investigators were transferred to other duties, and within months of the Iran deal, the investigation was effectively dead. “As a result, the U.S. government lost insight into not only drug trafficking and other criminal activity worldwide, but also into Hezbollah’s illicit conspiracies with top officials in the Iranian, Syrian, Venezuelan and Russian governments—all the way up to presidents Nicolas Maduro, Assad and Putin, according to former task force members and other current and former U.S. officials,” wrote Meyer (emphasis added).

Now it has become clear that, right around the same time, the British government chose not to inform anyone about Hezbollah stockpiling enough explosives to destroy a good-sized apartment block. Did it do so independently? Or did it collude with the Obama administration in order to not rock the boat on the Iran deal?

The British government’s cover-up “fits a disturbing pattern of attempts by intelligence and law enforcement agencies to track Hezbollah’s global activities, only to have them met with the cold shoulder at political levels,” wrote Seth Frantzman in the Jerusalem Post this morning. “This may be part of a wide-ranging attempt by Western countries to curry favor with Iran’s regime and downplay the depth of Iranian penetration of foreign countries.”

Frantzman wrote that the Iran deal “becomes murkier with each revelation.” He continued (emphasis added):

For instance, what role did the deal have in empowering Assad’s war against the Syrian rebels and fueling the conflict in Yemen with the Iranian-backed Houthis?

The revelations in the UK are another point of light in an otherwise opaque cloud that has hung over the Iran deal. Why was so much effort put in by Western powers to do this deal? Given Iran’s track record and its continued behavior in Europe—among Iran and its proxies—why did Western governments think it would be moderated by the deal, when in fact it appears Iran got more brazen after 2015?

In addition, with each story such as the current one in the UK, questions remain about efforts that were put in to keep information from the public, media and even members of parliament in different countries.

Whether the U.S. was actively pressuring other countries to suppress evidence of Iran’s aggression, or the UK was acting on its own initiative, this cover-up shows more evidence of a dangerous spirit of appeasement in Britain and America. In the September 2015 Trumpet issue—printed around the same time this plot was uncovered—Trumpet editor in chief Gerald Flurry wrote:

There are some stunning similarities in how the world treated Germany in the years preceding World War ii and how the nations are treating Iran today.

Before that war, France and Britain negotiated. They tried to appease Hitler at Munich by actually giving him a portion of another country, Czechoslovakia. History infamously shows where that agreement led: to subjugation for the Czechs, invasion for the Poles, and world war.

The reality of the situation today is that the Iranian nuclear deal is also going to lead to war—but this time around it will be far worse.

Mr. Flurry compared that deal to the Munich surrender, only “[i]t’s about ten thousand times worse because we’re not just talking about conventional warfare, but nuclear bombs.” He continued:

In the 1930s and ’40s, Hitler and the Nazis kept pushing and pushing, yet Britain and America just hoped the problem would go away. They thought Hitler could be appeased with words and treaties. But that did not stop him. Only superior will and power stops a madman.

No words will stop this king of terror because he believes he has a religious duty to bring upon the world a nuclear cataclysm so his messiah can return …. No matter what happens, these religious zealots feel like they are winners.

The Persian nation is going to continue pushing and pushing—and probably soon it will push with nuclear capability!

In the 1930s Britain overlooked Hitler’s aggression, because it thought he could be stopped by a peace deal. Britain and America behaved exactly the same way with the Iran deal.

In Leviticus 26:19, God warned that He would “break the pride of your power” if our nations embraced sin. That has happened—America and even Britain have the power to deal with Iran, but they lack the will. They even have the historical parallel to see where this is leading. Yet they still follow down the same path.

But there is more to this willful cover-up of Iran’s aggression in support of this nuclear deal.

The Bible makes clear that there is a devil, and he hates mankind. Anyone who believes the Bible has to accept this. So it is only logical that such a devil would love the idea of nuclear war—and want to push the world into it. In his booklet Great Again, Mr. Flurry writes:

Mr. Obama’s appeasement of and support for the Iranian regime cannot be explained logically. Such a catastrophic policy can only be understood in the context of the satanic deception that blankets this entire world (Revelation 12:9). Those efforts shoved the world closer to the brink of nuclear annihilation—and nothing could please the devil more! “[T]hat old serpent, called the Devil, and Satan, which deceiveth the whole world” had his fingerprints all over those developments. He passionately hates mankind and loves causing the death of millions—even billions!

Why so many lies surrounding the nuclear deal? Why the “opaque cloud”? It’s not fashionable to talk about the devil, even among professing Christians, but Jesus Christ Himself spoke of a “father of lies” (John 8:44).

The Bible talks about an unseen spirit war taking place all over the world. It tells us that the devil will get his nuclear war—but that God is ultimately in charge of everything, including the timing of that war.

Understanding this spiritual war is critical to understanding world events. It is explained in detail in our free booklet Great Again. You can read it online, or order a free copy—with no obligation or follow-up from us.

This booklet exposes what Satan is doing on Earth. It also reveals God’s hand in world events. God will allow this nuclear war—but only in His time and according to His purpose—to prepare all mankind to turn to Him.