The crisis killing one of America’s most beautiful cities 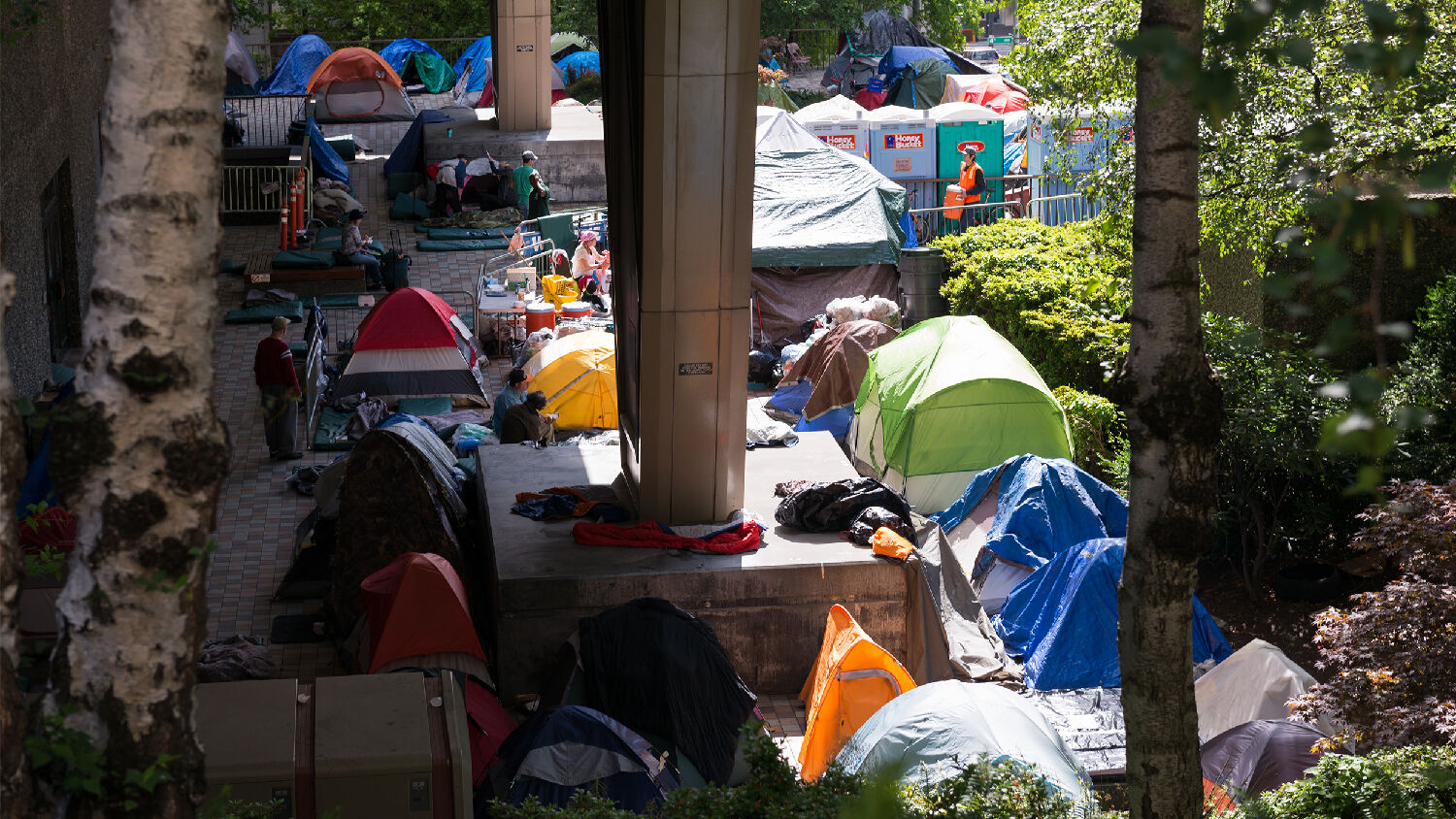 The crisis killing one of America’s most beautiful cities

The Pacific Northwest is one of America’s most magnificent areas. I grew up in Washington and traveled to Seattle often, when it was a beautiful city.

Today, Seattle is suffering a major crisis of homelessness. Local Seattle news station komo aired an hour-long special showing that it has become a dirty, trash-littered den of homelessness, drug addiction and crime. Despite the city spending $1 billion every year to solve it, homelessness is getting worse.

No one knows what to do. Seattle citizens complain that the city council is not doing enough. One business owner told komo, “The city mayor doesn’t give the [police] authority. That’s the problem.” Tents and piles of garbage litter the street next to his business. This man gets to the heart of the problem when he asks, “Why can’t we enforce the law?” (emphasis added throughout).

In 2017, New York City had 1,448 property crimes per 100,000 people—crimes like burglary, theft, shoplifting and vandalism. Los Angeles had around 2,500, and Chicago had 3,263. Seattle had the second-highest number of property crimes of any city in America: 5,258. (Holding the record is San Francisco, which has many of the same problems as Seattle.)

These crimes are often perpetrated by the same individuals, sometimes just days apart. komo talked to Scott Lindsay, a resident who compiled a list of the 100 most frequent offenders in Seattle’s criminal justice system. These 100 people, all of whom are homeless drug users, have 3,600 criminal cases among them. Some have 75 or more known crimes.

The city council tells residents to report property crimes by calling 911, but residents say this is pointless. Even if the police make an arrest, the criminals are often released back onto the streets within days or hours. Out of every 100 police reports filed in Seattle, only 18 actually result in convictions. The rest of the crimes go unpunished.

Shoplifting is also rampant. One business owner interviewed by komo said her business reported 599 cases of shoplifting over a 19-month stretch. How many of those crimes were prosecuted? Eight.

In short, Seattleites can commit “small” crimes with impunity.

komo sent questionnaires to police officers to fill out anonymously. The responses can be summed up by one officer’s answer: “I am frustrated because I’m a law enforcement officer that is told not to enforce the law.”

Another officer wrote: “People come here because it’s called Free-attle, and they believe if they come here they will get free food, free medical treatment, free mental health treatment, a free tent, free clothes, and will be free of prosecution for just about everything—and they’re right. It didn’t use to be that way. Law enforcement officers used to be able to enforce the laws. … In the last five years, there has been a culture shift, and it started with the legislature decriminalizing felonies and dumping convicts onto the streets.”

One frustrated officer wrote: “Why are we risking our lives to take felony-level fugitives into custody if they’re just going to be released?”

Travis, a homeless man interviewed by komo, openly admits he is “having a blast” stealing and that he uses methamphetamines “at least” once a day. He is one of those 100 most frequent offenders, with 34 criminal cases in four years, including assault, attempted rape and trespassing. When asked what the criminal justice system should do with him, he replied: “I think that this system has done what any viable, legitimate system would, and they’ve really … exalted me and … shown deference and love towards me. … I don’t feel like I’ll ever be arrested again. … I have conquered the criminal justice system.”

Seattle’s problem is often called a homelessness crisis, but it’s really a drug crisis. One homeless woman told komo that she has not met a single person on the streets who is not an addict.

People think that escaping, altering and damaging their minds with powerful drugs is freedom. It is becoming more and more obvious that drug addiction is slavery.

komo found that many of those on Seattle’s streets choose to stay there because of their drug addictions. They are enslaved to their drugs.

Homelessness and drug use have become politically charged issues in the U.S. Perhaps that is why city governments are “solving” such crises with increasing permissiveness—and national media are treating them with overwhelming silence.

Isaiah 1:5-6 describe our nation: sick from top to bottom. We lack strong leaders taking bold action to eradicate these problems (Isaiah 3:1-3). The cause of this sickness is transgression (Daniel 8:12). We are breaking God’s laws—laws that specifically protect us from such disasters—and are reaping the consequences.

In The Wonderful World Tomorrow—What It Will Be Like, Herbert W. Armstrong described what society will be like when people keep God’s law. Instead of violence, drug addiction, homelessness and death, we will experience “vigorous, vibrant good health, filled with dynamic interest in life, enthusiastic interest in constructive activities bringing happiness and joy. There would be cleanliness, vigorous activity, real progress, no slums, no degenerate backward races or areas of Earth.”

This is the real solution to Seattle’s homelessness: the Kingdom of God executing God’s perfect law. It’s coming—soon!