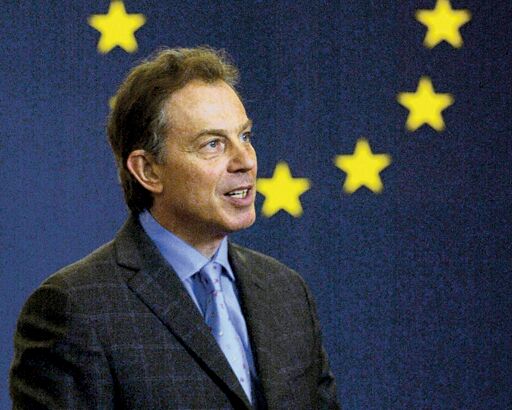 Europe recently launched its first satellite, with many more to come. Many believe this signifies the beginning of the race for space between Europe and America.

Space technology has revolutionized the modern world. It has especially changed the way wars are fought. The presence of strategically situated satellites more than 10,000 miles from Earth’s surface is a primary factor contributing to victory in large-scale war.

America’s dominion in space, especially its ownership of Global Positioning System (gps), has brought substantial technological and strategic influence over other nations. Military victories in the Balkans, Afghanistan and Iraq all came as a result of U.S. domination of space technology. “The 1991 Gulf War is sometimes called the First Space War, because it was the first clash in which military assets above the Earth’s atmosphere played a major role in aiding forces on the ground and in the air. gps was a state-of-the-art technology back then. Today, it’s fundamental to the American way of war: Every American war is a space war” (National Review, Feb. 10, 2003; emphasis ours).

But the times are a-changing.

In Kazakhstan last week, the EU successfully launched its first satellite. Named “Giove A,” the small satellite was the first of “what will eventually become a constellation of 30 satellites encircling the globe …” (Deutsche Welle, Dec. 29, 2005).

A number of prominent newspapers highlighted the significance of the launch; many viewed it as a turning point in Europe’s quest to challenge America’s domination of space.

The Guardian in Britain stated that “Galileo is largely a political project, aimed at asserting Europe’s independence,” while Australia’s Age wrote, “The launch marked the start of Galileo, €3.8 billion (au$6 billion) European challenge to the monopoly of the U.S. military-based Global Positioning System.” Even America’s Boston Globe recognized that the EU’s Galileo program is “directly challenging the American military’s dominance over strategically and commercially critical satellite-guided navigational systems.”

Make no mistake: America’s preponderence in space is under attack.

The launching of satellites will become a regular occurrence in Europe’s Galileo program. Led by the European Union and the European Space Agency, with the heavy involvement of Germany-based consortium Galileo Industries, the space program is committed for the long haul. The Galileo project also receives financial support from a number of non-European nations, including China, India and Israel.

With Germany at the vangaurd, supported by a bevy of other rich nations, watch for the Galileo space program to rapidly expand and begin to make its mark in space. When Galileo becomes fully operational, the EU will be far less dependent on America and its Global Positioning System.

And even though Galileo is officially supposed to be a commercial system, the EU is clearly intending to use its new technological edge for military purposes, even over the objection of member state Britain. The Space Review derided the notion that Galileo is intended as a civilian system as being “as silly as that of a civilian aircraft carrier or a civilian armored personnel carrier.” It also noted that for Britain’s objections to be dismissed so readily “indicates that Galileo’s backers believe that there are some very high stakes involved.”

The truth is, Galileo will become a central component of the EU’s military resources, and the United States will have lost the advantage provided by its gps. For more information on where the EU’s latest success in space is headed, see our December 2003 article “Space Wars!”