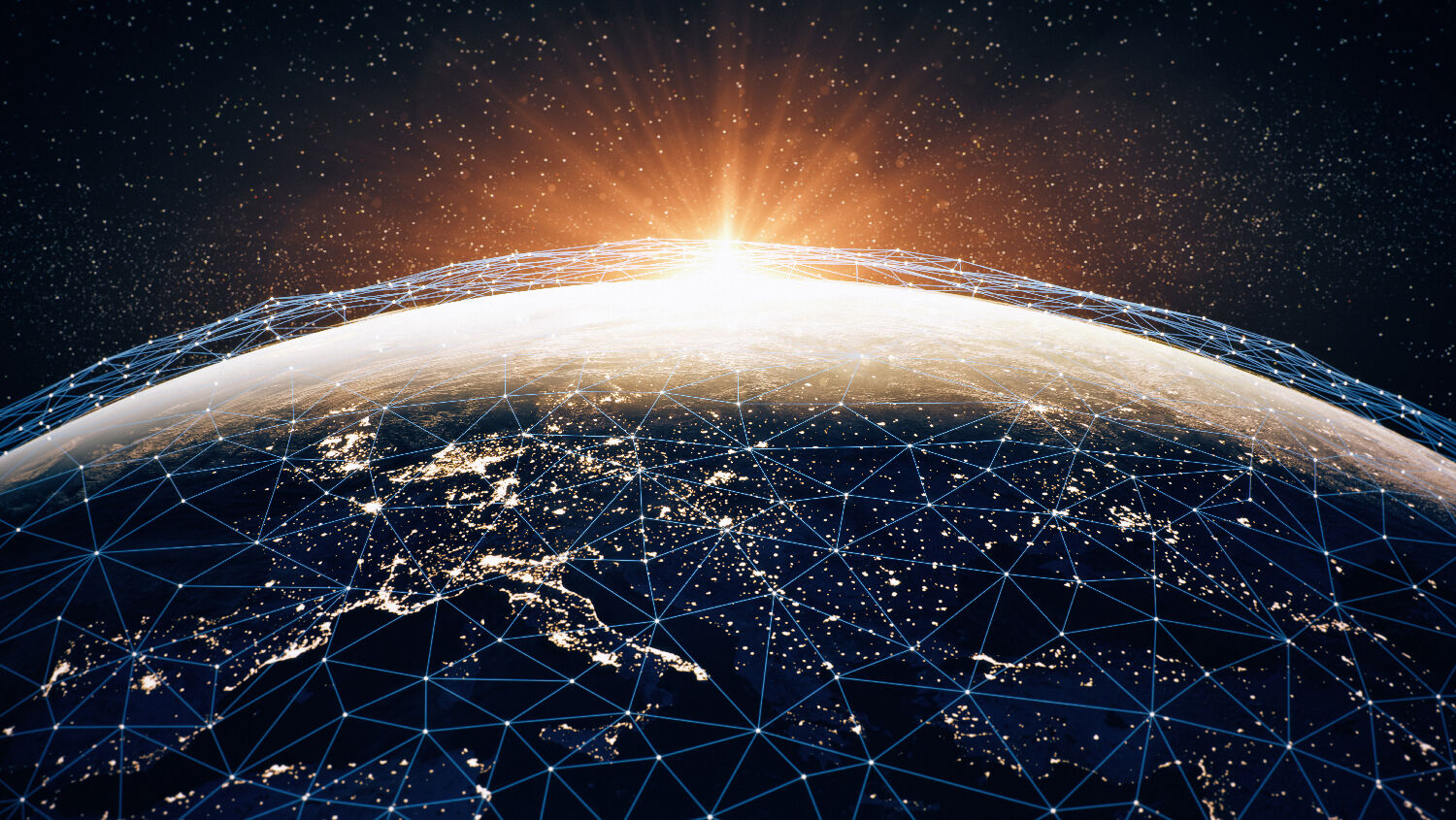 We are entering the twilight years of a free Internet. An Internet where anyone can post anything, and anyone can find it and read it. The continued existence of this online freedom (and all the good, the bad and the ugly that it produces) faces a range of threats. The big businesses that choose what most people read are kicking more users off their sites. The freedom the Internet gives is becoming freedom for these big companies to spy on us. But one of the biggest threats to the Internet comes from governments.

Authoritarian governments have always tried to control what people say. If individuals can plan and organize freely, they can plan to overthrow the government. Dictators also tend to control the press. But that’s much less effective if citizens can get online to find the truth.

The sun set on Internet freedom in China a long time ago, and China is now bidding to control crucial pieces of Internet infrastructure far beyond its borders. Last week, the Russian government passed a new law that will tighten the noose on Internet freedom there. The European Union is weaponizing its power to regulate the Internet. The end of the Internet as we know it is nigh.

Nearly 1 billion people use the Internet in China, but their Internet is not our Internet. The government blocks many websites. Sites that are allowed, but based outside of China, load more slowly. And the government monitors what you access online: Google, Facebook, YouTube, Wikipedia and our very own theTrumpet.com are all blocked. Some companies have much more restricted versions of their sites available. It’s all part of what senior fellow Elizabeth Economy, a member of the Council on Foreign Relations, called “the largest and most sophisticated online censorship operation in the world.” In 2013, experts estimated over 2 million were employed in online censorship—reading and often deleting social media posts.

Chinese leaders have proved so successful at blocking news it doesn’t want their people to see, that this expertise has become one of the latest “Made in China” exports.

“China, in other words, appears to be floating the first competitive alternative to the open Internet—a model that it is steadily proliferating around the world,” Samm Sacks, of the Center for Strategic and International Studies, wrote in the Atlantic last year. “As that model spreads, whether through Beijing’s own efforts or through the model’s inherent appeal for certain developing countries with more similarities to China than the West, we cannot take for granted that the Internet will remain a place of free expression where open markets can flourish.”

Last week, Russian President Vladimir Putin signed a new law calling on Russia to develop its own Internet. Under this setup, Russia should be able to completely disconnect itself from the World Wide Web—but have all websites within Russia continue to function. “The new law would provide for central control of all Internet traffic, and in essence, remove the need for data to be sent to and received from overseas servers,” explained Forbes. “This control would clearly introduce traffic monitoring and stark censorship of sites that could be visited by Russian users.”

The Russian government already blocks websites, though not quite on the same scale as China. What this new law is attempting, however, is even more ambitious. “No country has ever tried to build its own Internet architecture before,” wrote Time. “Even China, the world leader when it comes to Internet censorship, has built its ‘Great Firewall’ on the existing global dns [Domain Name System]—it filters traffic, but is still part of the same worldwide addressing system.”

Because it is so ambitious, Russia’s attempt may fail. But former Google ceo Eric Schmidt has warned that the Internet could split in two within 10 to 15 years. One version would be free and open and centered on America. Another would be heavily restricted and led by China.

Underlying these fears is the fact that China is literally building a new Internet.

The quest of Chinese firm Huawei to build 5G Internet across the world is the most visible manifestation of this.

5G (fifth generation) Internet infrastructure is a major upgrade that transmits information much more rapidly. A mobile phone on 5G is expected to have an average download speed of 1 GBps, faster than your current top-of-the-line home fiber optic connection.

It can also handle more connected devices. So it will become the backbone of the “Internet of things.” As cars, roads and even fridges all begin to talk to each other, they’ll be doing it largely through the 5G network.

“We think the stakes couldn’t be higher with regard to 5G technology, because of all of the things we build out over the coming years on top of that tech,” Rob Strayer, the deputy assistant secretary for cyber and international communications at the United States State Department, told bbc. “This is truly a monumental decision being made now.”

Huawei is the world’s largest telecom equipment manufacturer, and like all big Chinese companies, it is controlled by the Chinese government. The Central Intelligence Agency claims that Huawei receives money from China’s security services. Despite this, it will be building much of the 5G infrastructure. Europe is seriously considering using Huawei. Even the United Kingdom has decided to use Huawei, though it will jeopardize close relations with the U.S.

But this isn’t the only piece of Chinese control infrastructure. As part of its Belt and Road Initiative, China is building and upgrading networks all across Central Asia. A Pentagon report in January warned that this “Digital Silk Road” project could “enable politically motivated censorship.”

Huawei is also moving out to sea. Huawei Marine has worked on over 100 undersea cable projects, becoming the world’s fourth-largest undersea cable company. “While the U.S. wages a high-profile campaign to exclude China’s Huawei Technologies Co. from next-generation mobile networks over fears of espionage, the company is embedding itself into undersea cable networks that ferry nearly all of the world’s Internet data,” the Wall Street Journal reported in March. It warned that American officials “say the company’s knowledge of and access to undersea cables could allow China to attach devices that divert or monitor data traffic—or, in a conflict, to sever links to entire nations. Such interference could be done remotely ….”

Britain’s national security adviser, Mark Sedwill, warned in 2017 that attacks on these cables could have “the same effect as used to be achieved in, say, World War ii by bombing the London docks or taking out a power station.”

China, with all its experience spying on the Internet use of its 1.3 billion citizens, could soon spy on the world.

In March 2015, China unveiled a new weapon—its “great cannon.” Its first target was foreign websites that helped Chinese Internet users get around its firewall. The cannon weaponized China’s 800 million Internet users. It took users of Baidu, China’s equivalent of Google, and directed them to the target websites. Before long, these sites were flooded with more traffic than they could handle, and knocked offline. In his book The Great Firewall of China, James Griffiths describes this as a crucial moment “when the architects of the Great Firewall turned their attention to the rest of the world, unwilling to tolerate challenges to their dominance wherever they came from.”

“It was a message,” writes Griffiths, “[a] new front in China’s war on the Internet.”

Already companies have to be very careful about what they do online. Last year, an employee running the Marriott International Twitter account “liked” a tweet from a Tibetan separatist group. It seemed a reasonable thing to do—the group had praised Marriott for listing Tibet as a separate country from China.

Friends of Tibet congratulate global hotel chain #Marriott International for listing #Tibet as a country along with #HongKong and #Taiwan. pic.twitter.com/SXKWb20v3e

The Chinese government responded by blocking Marriot’s website and mobile app for a week. Marriot caved. They fired the employee and posted a groveling tweet.

With China controlling more and more of the Internet, will this offensive action continue? How long before large companies no longer host content that China disagrees with? The Trumpet is banned in China—could China start targeting websites like ours beyond its borders?

The Internet has been a great help to the Trumpet. Like all news organizations, we face huge challenges. How do you stand out with an often unpopular message when there is so much other content competing for attention? But at least our message is available and easy to access for people who are interested.

This will not always be the case. The Bible warns that there will come a time when this message will not be so freely available.

“Behold, the days come, saith the Lord God, that I will send a famine in the land, not a famine of bread, nor a thirst for water, but of hearing the words of the Lord” (Amos 8:11).

The time will come when “the many hundreds of thousands of books and booklets we print and distribute each year will no longer be readily available,” explained Mark Saranga in our Christian-living magazine Royal Vision. “The millions of magazines we distribute every year won’t be sent out. The Key of David, as we know it today, will no longer be broadcast. The voice of God’s servant won’t be heard as it is today (Ezekiel 33:31-33).”

This prophecy goes hand in hand with some of our other major forecasts. Our January 2018 Trumpet issue was a special edition on “The New Strongman Age.” The Bible tells us we’re moving into a time of authoritarian rulers—who won’t allow free speech, online or off.

The rise of these strongmen is most visible in nations like Russia and China. And it is the same with Internet censorship. But the stage is set for it to expand. In our next Trumpet issue, editor in chief Gerald Flurry will have an article on Europe’s push toward Internet censorship—and how it exposes the nature of the power rising there. Another significant part of this trend is the rise of the radical left in the U.S. and their focus on suppressing what they disagree with.

The state of the Internet under the strongmen we see today shows us what the Internet will look like in this coming strongman age.

You won’t have free access to this message forever. So now’s the time to get to know us. If you’d like to know more about the Trumpet, what we do, and why we do it, check out our About Us section. It will tell you all about our work, as well as how you can get involved in spreading it while there is still time.