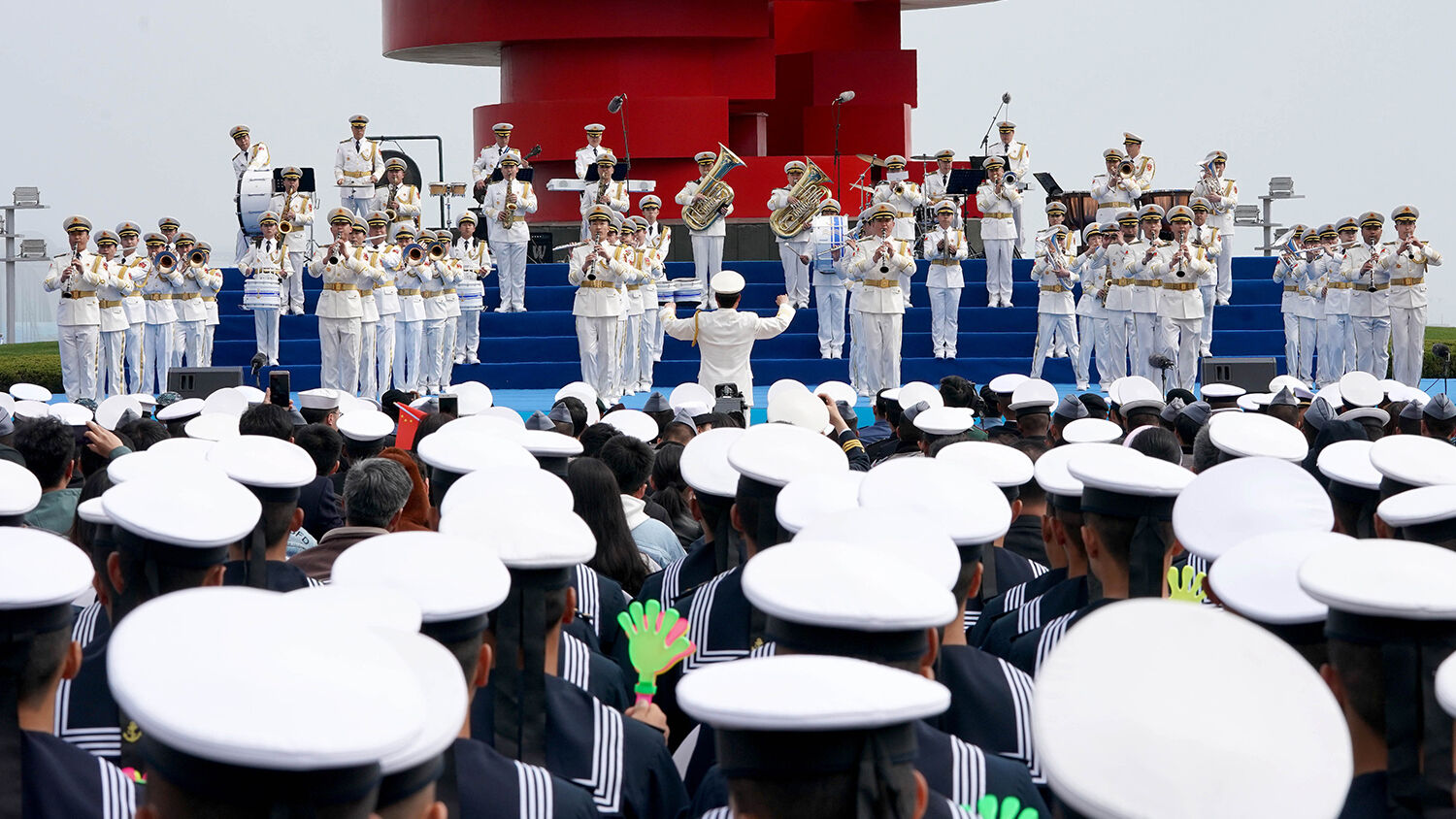 The 70th anniversary of Communist China’s navy is an occasion to celebrate the nation’s drastically increasing power.

China has reached a milestone: the 70th anniversary of the founding of its People’s Liberation Army (pla) Navy. The four-day celebration, which began Monday, April 22, included an impressive naval parade today, the official anniversary day. Heading the parade was the Nanchang, China’s newest and largest cruise missile destroyer, and Liaoning, its first aircraft carrier, followed by vessels of its own and foreign navies, a scene powerfully symbolic of China’s dominance.

The celebration includes multinational naval events, seminars and cultural and sports exchanges. Most notable among the events is the naval parade, during which Chinese President Xi Jinping reviewed the vessels.

Also in attendance at the parade were about 18 vessels from 13 other countries, including three warships from Russia, a stealth-guided missile destroyer from India and, most notably, a Japanese destroyer.

Japan was not invited to the 60th anniversary parade in 2009, when tensions were high between the two nations. This year’s arrival of the Japanese destroyer Suzutsuki marked the first time in seven years that a Japanese warship has visited China.

This msdf flag, or flag of the rising sun, is still considered by many in Asia as a symbol of Imperial Japan’s invasion in the early 20th century. The flagrant reminder of this history caused a planned visit to South Korea by a Japanese warship to be canceled earlier this year when the vessel refused to lower its rising sun flag, adding to the tensions between the two governments.

While tensions between China and Japan, which came to a head in 2012 over ownership of the Senkaku Islands, still exist, both sides appear to be trying to work around the problem. Reports indicate that China has not requested Japan to lower its controversial flag, apparently showing its “readiness for international cooperation amid growing wariness about the country’s naval capabilities.”

Delegates from 61 countries are attending the celebration, and over half sent high-level naval leaders. This massive increase on the 29 foreign delegates in attendance at the 60th anniversary celebration has led some Chinese officials to say that this year’s large number represents China’s willingness to work with others to ensure global stability.

Xi used the opportunity while launching the parade to call for peace, saying that nations “should not easily resort to force or threats of force,” and called for nations to “step up regional security cooperation and push for proper settlement of maritime disputes.” This is ironic coming from the man responsible for causing many maritime disputes.

“The pla Navy is always a force of peace and will never pose a threat to any other country,” pla Navy Deputy Cmdr. Qiu Yanpeng said. “With its growth, the pla Navy has provided the world with more and more security products.”

This great naval display, with China at the head, shows a newly dominant country with significant military power, exactly as the Bible prophesies.

Revelation 16:12 identifies an end-time Asian alliance as “the kings of the east,” and Revelation 9:16 says that it will command a 200 million-man army.

The identity of the leading “kings” in this eastern alliance is found in Ezekiel 38: “Son of man, set thy face against Gog, the land of Magog, the chief prince of Meshech and Tubal, and prophesy against him” (verse 2). Properly translated, this reads “… the prince of Rosh, Meshech, and Tubal,” as rendered in the Moffatt, New King James Version and others.

Russia and China in Prophecy writes about this verse: “Meshech and Tubal [are] fathers of those who comprise greater Russia today. Magog fathered the people of China and Mongolia.”

In the April 1981 Plain Truth, editor in chief Herbert W. Armstrong wrote: “There is general agreement among students of prophecy that ‘Gog’ in the land of ‘Magog’ is the vast regions of northern Eurasia extending from the Baltic to the Pacific. ‘Meshech’ is Moscow, ‘Tubal’ is Tobolsk. The Bible margin says ‘Prince of Rosh,’ which is Russia.”

Thus, it becomes very clear that Russia will lead this powerful combine, with China in a secondary position of leadership.

Ezekiel 38 goes on to identify other nations that will ally with Russia and China. These include Gomer and Togarmah. “Gomer fathered the Japanese people as well as the Cambodians, Thais, Burmese, Laos and Vietnamese,” Russia and China in Prophecy says. “Togarmah also factored into the ancestry of Japan and some of these other nations.”

These prophecies tie in very closely with events occurring in China right now. This week, gathered in one place, are several of the nations prophesied to be in an alliance with Russia and China. And leading it all is China. Although we know that Russia will be the ultimate leader of the end-time military bloc, China will definitely play a dominant role. It is demonstrating this dominance already.

To learn more about where these developments in the East are leading, please order a free copy of Russia and China in Prophecy.