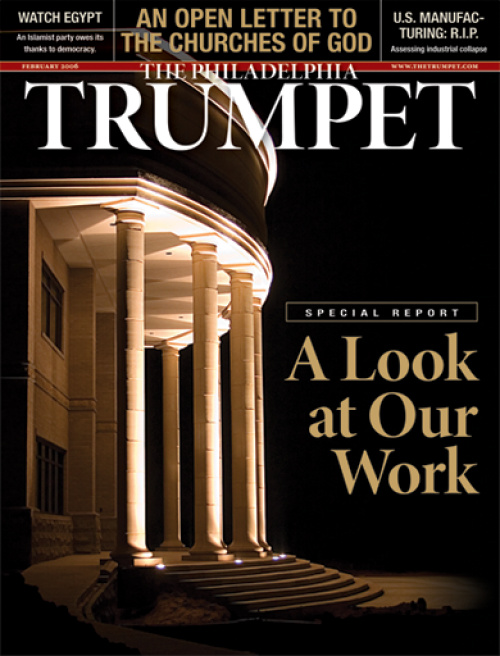 History is playing out in Cyprus once again.

The Republic of Cyprus has officially entered into the European defense regime. Between November 22 and December 1 last year, Cyprus participated in a military exercise held by the European Union, operating under the framework of the European Security and Defense Policy.

The EU will reap great benefits from this military alliance—not from having extra Cypriot troops or military equipment at the EU’s disposal, but because of the strategic importance of Cyprus’s geographic placement in the eastern Mediterranean.

Historically, Cyprus has been used as a staging ground for military campaigns dating as far back as 168 b.c. by the Romans. Catholic armies used the island stronghold during the Crusades.

Cyprus effectively serves as a bridge between Europe and the Middle East. Various nations have been interested in this island through the years, including Britain, Russia and Turkey. Today, however, Cyprus is a member of the EU, subject to EU directives.

Cyprus is the perfect stepping stone for any future EU operations in the Middle East. We can be sure the EU was aware of this when it admitted Greek Cyprus into the Union despite unsettled disputes with Turkey, a strong nato ally.

Using biblical prophecy as his guide, the Trumpet’s editor in chief explained in an August 1998 article, “The EU is prophesied to be ultimately comprised of 10 nations, dominated by Catholicism. Already the EU is being called the Holy Roman Empire. They have traditionally been the enemies of the Muslims …. [Y]ou can be certain that the EU is thinking about how to protect the holy places in and around Jerusalem. They have thought like this for almost 2,000 years!”

The Roman Catholic Church has strong interests in Jerusalem. Bible prophecy reveals that one more crusade centered around Jerusalem is yet ahead. This city is still highly prized by both Catholics and Muslims, and neither camp is willing to give up its ambitions.

Cyprus’s strategic position in the Mediterranean provides the EU with a stronger presence near the Middle East. The nation of Israel is already looking to European peacekeepers for help—a precursor of things to come. Watch for the EU increasingly to use Cyprus for military purposes.

For more on the history of Cyprus and its connection with the final crusade for Jerusalem, read our August 1998 cover story.