A lesson in taking a lesson. 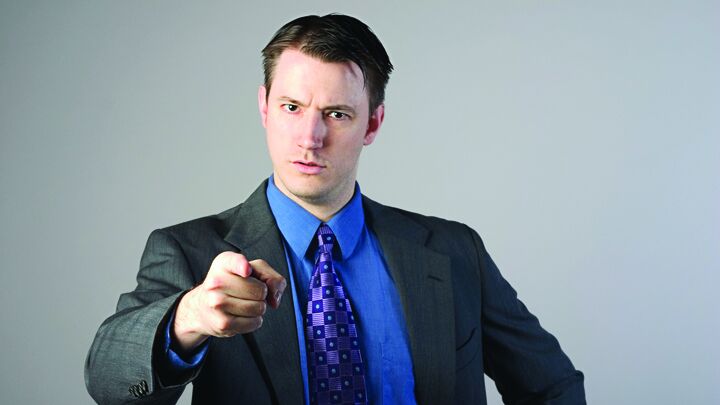 A lesson in taking a lesson.

Training to be a musician teaches many life lessons. One of the most important may be that constructive criticism is a common, and necessary, part of life. You prepare music on your instrument day after day, and then for one or two days out of the week, you perform it for someone with more education, more experience, or at the very least, a different set of ears than your own, and you are ready, even eager, to hear their evaluation—good, bad and ugly.

Music students refining their instrumental abilities rarely balk at the notion that someone is telling them they need to change—they need to fix something—they need to work harder on this or that. Sometimes teachers have to get blunt.

Perhaps an athletics coach would say the same about his profession—he tells people what to do, even if not in the nicest way, and they accept it if they want to perform better.

That’s what Dan McCauley, a bakery/café/restaurant-owner in a Chicago suburb, discovered recently.

If you haven’t heard about what he did, let me first tell you what his eatery, “A Taste of Heaven,” was like. It was far from a taste of heaven when children would come into the restaurant, run around the establishment, lie on the floor blocking the line for coffee, climb the radiators and walls, and throw themselves against display cases. Bad for business, yes, but even a “question of liability,” McCauley said. What would happen if any of these children got hurt?

So McCauley put up a sign—just a small piece of paper, held to the window at a child’s level by suction cups: “Children of all ages have to behave and use their indoor voices.”

It wasn’t long before the angry mob grabbed their torches and pitchforks. Some parents were terribly insulted. One mother told McCauley that hundreds of mothers were talking “boycott”—saying his café was “non-supportive to families.”

The Chicago Tribune, and later the New York Times, wrote lengthy pieces about the controversial sign.

The Times quoted one woman—a psychologist, corporate coach, and, oh yes, mother of two—chastising McCauley, who has no kids, for telling other people’s children how to behave.

Another asked, “What are we supposed to do, not enjoy ourselves at a café?”

(It turned out that many ended up applauding McCauley’s decision. The “bad” publicity from boycotters backfired and caused his business to triple. Apparently people don’t mind well-behaved children.)

The way those angry parents responded to McCauley’s sign is simply a sign of how resistant human nature is to correction. Not only that, we are insulted by it.

The hardest thing for any of us to do is admit we are wrong. We live in a society where, as the book of Judges puts it, “every man [does] that which [is] right in his own eyes.”

But we need correction. As a young father of three little ones, I don’t have all the answers. Thankfully I live in a community with several mentors who are willing to pull me aside and tell me things about my children that need to improve. It’s not correction for my children as much as it is correction for me. And, sure, it stings at times.

But that is the way God intended human existence to be—a learning process. As our Creator, He has the ultimate understanding of how we can and should live life to the full. And He has a great purpose for us. He’s more than a teacher, a coach or even—as some scriptures show—a potter fashioning clay. He wants to be our Father! He is molding mankind into members of His very Family! And we certainly need God to show us how to attain such a great purpose—the way young musicians or athletes need the advice of their parents, coaches and teachers.

The Bible shows that God’s correction is a sign of His love: He is dealing with us “as with sons.” Read verses 5 to 11 in Hebrews 12.

Discipline does hurt a little—maybe a lot. “Now no chastening for the present seemeth to be joyous,” the writer to the Hebrews says. But what a great reward awaits those who “endure chastening.”

This magazine highlights the way God is chastening this world. What’s more, we offer God’s solutions—individual initiatives we can take to save us a heap of suffering. Ways we all can “behave” better—changes that, if implemented on a broad scale, would even spare us international disaster. Oftentimes, the thanks we get comes in the form of vitriolic e-mails and letters.

If an athlete or a musician can take advice from a coach or a teacher, why can’t some of us take advice on manners from a restaurant proprietor with a little common sense? Or, more importantly, why can’t we all respond when God’s Word shows us how to better our performance, up our game, and achieve our transcendent potential?