Using the New Testament alone, can you prove that the Sabbath is still in effect today? 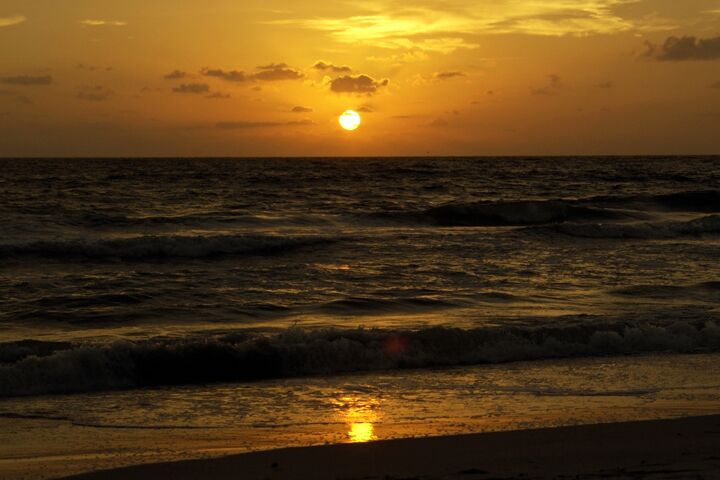 Using the New Testament alone, can you prove that the Sabbath is still in effect today?

We live in a country that celebrates religious freedom. Visit many cities, any college town especially, and you will most likely find several different buildings used for worship—a Muslim mosque, a Jewish synagogue, and numerous Christian churches. Of course these religions are vastly different. The most obvious way they differ is the actual day of the week their buildings are used for worship. The Muslims worship on Friday, the Jews on Saturday and most Christians on Sunday. But still, the majority of Sunday church-goers really haven’t proved why they worship on Sunday.

Ask any member of the Christian faith why he or she attends worship services on Sunday, and you’ll receive a variety of answers. The Bible says to go to Church on Sunday, one might respond. But you, being the astute Bible student, point out that there are a significant number of passages in this Book that command observance on the seventh day of the week. Now, watch the responses. Some will reason that the seventh day of the week is Sunday—assuming that it has been that way since the Bible was canonized. But probably a more convincing argument and, by far, the most popular is:the Sabbath was only for the Old Testament.

Point out any contradiction to their theology with the Ten Commandments, and they will quickly retort that that was under the Old Covenant. The general rule they follow is, if it’s in the Old Testament, it’s out of the equation. They reason that because they are Christian, and follow Christ, and He came about in the NEW Testament, that makes anything before His birth irrelevant to the Christian faith.

Is the seventh-day Sabbath just for the Old Testament? Does the Sabbath stand a chance if we only use the latter half of our Bible? Let’s tie one hand behind our backs and prove the Sabbath using only the New Testament!

We’ll do this by dividing the New Testament into three parts: the time of Christ—seeing whether or not He kept the Sabbath, the time after Christ—just in case some argue that certain things were nailed to the cross, or that a possible Sunday resurrection might have changed things, and the time we live in right now—seeing if we are still required to keep it “in the 21st century.”

A sincere Christian usually looks heavily toward Christ as the example in everything, hence the common Bible-belt phrase:What would Jesus do? That is a good question. But a better might be, What DID Jesus do? Did Christ keep the Sabbath? If so, that should certainly prick someone’s conscience.

“And they went into Capernaum; and straightway on the sabbath day he entered into the synagogue, and taught” (Mark 1:21). So one has to admit, Christ kept the Sabbath. But was this just a one-time event? He did come to preach the gospel, and maybe this was His only chance to preach it to the Jews in Capernaum.

Notice:”And he came to Nazareth, where he had been brought up: and, as his custom was, he went into the synagogue on the sabbath day, and stood up for to read” (Luke 4:16). Here is Jesus Christ of Nazareth back where He grew up, where He was trained, where He learned about the Sabbath as a child. This is where the custom developed.

It’s easily provable that Christ kept the Sabbath and, in fact, that it was His custom to do so. But notice, even further clinching it, Mark 2:28:”Therefore the Son of man is Lord also of the sabbath.” Christians believe that Christ existed, as spirit, before His physical birth. Therefore, He was part of the creation of the Sabbath. In fact, since God created all things through Him (Ephesians 3:9), Jesus Christ actually created the Sabbath!

What about the time after Christ? He came, kept the Sabbath, was crucified and resurrected. Did Christ do away with the Sabbath? Was it “nailed to the cross”? Many believe He was resurrected on a Sunday, and that is precedent enough for the church to change its day of worship. How do we answer these arguments? We must go to our second division of the New Testament. Did the Church after Christ keep the Sabbath?

The most prominent figure in the New Testament, simply due to the quantity he wrote, is Paul. Surely, within his 14 epistles plus the book of Acts—written by Luke, but mostly about Paul—we can find something about which day he worshiped.

There are eight New Testament passages that contain the phrase “first day of the week,” the word day not even being in the original Greek any of those times. Acts 20:7 is probably the verse most refer to: “And upon the first day of the week, when the disciples came together to break bread, Paul preached unto them, ready to depart on the morrow; and continued his speech until midnight.” Yes, Paul preached, and the disciples broke bread—meaning they ate a meal on the first day of the week. And remember, in the Bible, the day begins at sunset (Leviticus 23:32). Here the disciples are eating a meal at night, since there were “many lights in the upper chamber” (verse 8), and Paul spoke “until midnight” (verse 7). If this was the first day of the week, it had to have been Saturday night, for if it were Sunday night, it would already be the second day to Luke, the writer of these verses. Concluding his stay in Troas (verse 6), Paul was departing “on the morrow,” or on the next morning. He was merely meeting with the disciples to have one last meal and speak to them one last time before leaving the next day.

The other seven passages that refer to the first day of the week, if they even allude to God’s people coming together at all, do not give any evidence whatsoever of Sunday being a day of worship. The late Herbert W. Armstrong, a minister of God and founder of Ambassador College, was challenged about the Sabbath early in his life. In his book Which Day Is the Christian Sabbath?, he examines each instance the New Testament refers to “first day of the week,” and proves that no worship services were held on this day. Refer to this book for deeper study into these passages.

In fact, others realize that these eight passages give no precedent for a day change—the Catholic Church among them: “You may read the Bible from Genesis to Revelation, and you will not find a single line authorizing the sanctification of Sunday. The Scriptures enforce the religious observance of Saturday, a day we never sanctify” (Cardinal Gibbons, Faith of Our Fathers).

Now let’s prove which day Paul actually kept. “Now when they had passed through Amphipolis and Apollonia, they came to Thessalonica, where was a synagogue of the Jews: And Paul, as his manner was, went in unto them, and three sabbath days reasoned with them out of the scriptures” (Acts 17:1-2).

Here Paul is keeping the Sabbath. And he kept it with the Jews, meaning that this was the seventh day of the week, as the Jews have always observed. Understand, this wasn’t a one-time deal. He did it “three sabbath days.” And he didn’t do it simply because he was in town for three weeks, and it was convenient. Luke wrote, “as his manner was.” The word for “manner” is the same Greek word Luke used when he wrote “custom” in Luke 4:16. So just as it was Christ’s custom to keep the Sabbath day,it was Paul’s—years after Christ had been resurrected!

There is also an account in Acts 13 where Paul preaches to both the Jews and Gentiles in the synagogue—on the Sabbath, which proves that it wasn’t just for the Jews. In fact, the Jews were offended by Paul’s message, and “the Gentiles besought that these words might be preached to them the next sabbath” (verse 42). If Paul kept Sunday as well, why didn’t he just tell the believing Gentiles to come the next day (Sunday) where he’d preach at the Christian Church? The fact is, Paul was a Christian who, like the rest of the New Testament Church, observed the Sabbath. “And the next sabbath day came almost the whole city together to hear the word of God” (verse 44).

Yes, this is all very convincing, one might argue. But it’s the 21st century! Could God and the resurrected Jesus Christ expect us to observe the Sabbath in this fast-paced, hustle-bustle society? The way to answer this is by looking at prophecy to see if people in the future will be keeping this day.

Matthew 24 is referred to by most Bible scholars as the “Olivet prophecy,” where Christ privately discussed with His disciples the time just prior to His return. Notice, concerning the end time, Christ says to these very elect, “But pray ye that your flight be not in the winter, neither on the sabbath day. For then shall be great tribulation, such as was not since the beginning of the world to this time, no, nor ever shall be” (verses 20-21). God is offering His very elect protection from this Great Tribulation. And he tells them to be concerned about two things when they travel: the winter and the Sabbath.

Now, if the skeptics can see that winter is still in existence in the end time, why do they believe the Sabbath wouldn’t be? Even if some doubt that we actually live in the “end time,” they cannot dispute that these verses refer to the time right before Christ returns. So, even if that time is far off, we know that the Sabbath will continue to be in effect until that point! And those who escape will be concerned as to how they keep it.

We have seen that Christ kept the Sabbath while on earth. The New Testament Church after Him did as well. We have also seen that the Sabbath is to be in effect up until the return of Jesus Christ.

The Sabbath is not only for the Old Testament, but is still in living effect today! Those who once closed their minds to the Old Testament can now go back to this half of the Bible and see why and how to observe the Sabbath. They can go back to Genesis and see how God put His presence in this day, thus making it holy (Genesis 2:1-3). They can see that the depth and meaning of this weekly observance goes far beyond merely entering a building.

The Sabbath means resting from the labor of the week and remembering the Creator. But, more importantly, it typifies a time of rest from this hectic world, of which Satan is now deceiver and god (Revelation 12:9; 2 Corinthians 4:4). The 6,000 years Satan has had man in his grasp are a type of the six-day work week, since 1000 years is as one day to God (2 Peter 3:8). When Christ returns to stop mankind from erasing himself from the face of the planet (Matthew 24:21-22), He will rule this earth for 1000 years (Revelation 20:4-6)—the seventh day of God’s 7,000-year plan. It will truly be a rest from the great deceiver, who at that time will be restrained in a bottomless pit (verses 1-3). And it will be a time when the Sabbath will be kept (Isaiah 66:23)—a time when its true meaning couldn’t be any more evident!

On top of the ample proof we have seen from the New Testament alone, there is enough vision attached with it to clinch the argument that we must observe this day. It was one of the Ten Commandments delivered thousands of years ago at Mt. Sinai (Exodus 20:8-11) and commanded to be kept forever (Exodus 31:13). Our very salvation depends on this commandment!