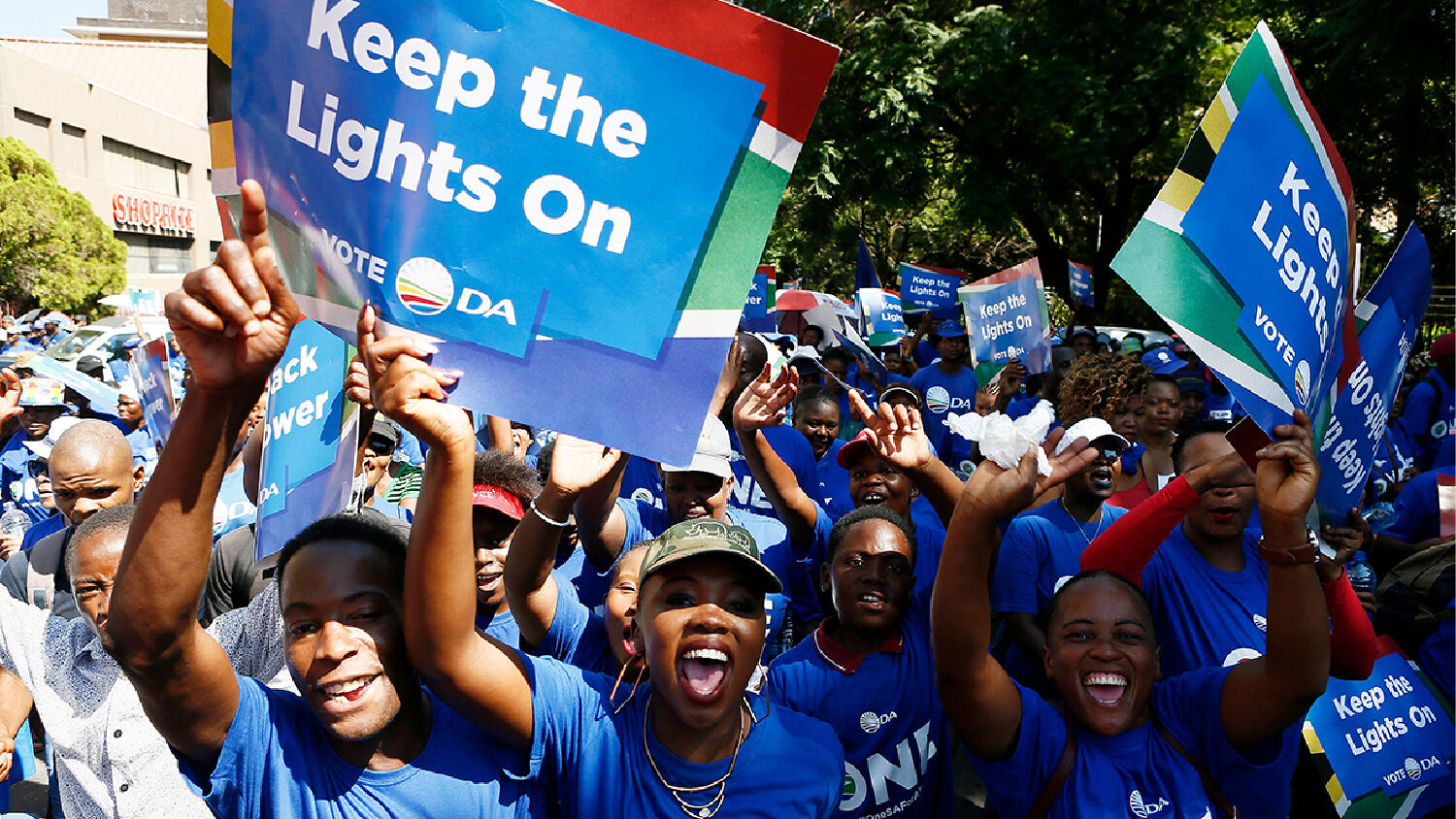 Eskom is the state-run energy company and is responsible for generating 95 percent of South Africa’s electricity. In recent weeks, Eskom has reinstituted “load shedding”—periodically shutting off power to alternating towns and villages—to ensure demand for power does not exceed supply and to prevent total grid collapse.

It is a high-stakes situation. Every facet of society depends to some degree on a reliable power supply: food production and distribution, grocery stores, water supply, banks, factories and industry, schools and universities, hospitals and jails. Yet the company that generates 95 percent of South Africa’s electricity is dysfunctional. This is not going to end well.

Eskom has practiced load shedding for so long it is now practically routine operating procedure. Jane Flanagan, a reporter for the Times, wrote recently about the daily “rush hour” across South Africa. It is “the scramble to survive the next power cut. It is the dash to beat the gridlock when the traffic lights die; to make sure you’re locked in, and not out of your fortified house when electric gates shut. The sprint to cook a meal, fill a flask, charge devices, and gather torches before yet another evening in the dark.”

The scene Flanagan describes is frustrating, inconvenient and dangerous. But it is mild compared to what could happen if South Africa loses power for a prolonged period—a scenario that is absolutely possible and many believe is likely. Eskom even now is being kept afloat by government bailouts and various makeshift measures.

Experts warn that if South Africa’s power grid failed completely and Eskom had to perform a “black start” (restarting power plants without electricity), it would take three weeks to restore power.

Three weeks is a long time to go without cellphones; without Internet; without drinking water; without sewage being pumped; without fuel being transported; without food being stocked on supermarket shelves; without hospitals, clinics and schools being able to function; without operational factories; without working atms. (Some have generators, but these wouldn’t generate nearly enough power.)

Energy analyst expert Chris Yelland says that a severe power shortage would undoubtedly cause widespread “looting and civil unrest.” If this happened, he warned, the government would have to declare a national state of emergency.

Again, this is a very real scenario.

Even if conditions remain as they are—and they will for the foreseeable future—the impact is disastrous. Load shedding costs South Africa an estimated $140 million per day. Goldman Sachs recently described Eskom as the biggest single threat to South Africa’s economy. Who wants to invest, or even visit, a nation that cannot guarantee a regular power supply?

Like Venezuela, what is happening in South Africa furnishes all sorts of important insights. Once a beacon of stability and affluence in a continent marked by brutality and dysfunction, South Africa today is clearly sliding backward. Many recognize this reality, but very few want to seriously consider the cause.

The national electrical company’s troubles are numerous and systemic: pervasive corruption, mismanagement and lack of planning, poor maintenance, a shortage of diesel—which means there is no quick or simple fix. But there is an even more elemental cause, one that few are willing to openly discuss: Eskom is a product of South Africa’s post-1994 politics.

Between 1960 and 1990, Eskom increased its power production capacity 10-fold. In fact, South Africa in general during the mid-to-late-20th century experienced tremendous development and progress. Rich in minerals, South Africa once boasted a thriving mining economy and was an important global supplier of gold, diamonds, iron ore and many trace minerals. Blessed with large swathes of fertile land, the nation hosted one of the world’s most diverse agricultural sectors. South Africa was by far the wealthiest and most advanced African state, and became (and still is to some degree) a tourist mecca.

What forces were responsible for South Africa’s success? And what forces are responsible for South Africa’s regression? The nation today faces a host of debilitating issues: deep political corruption, social unrest, economic and financial instability, infrastructure and industrial breakdown and failure. Many South Africans—including many of its black leaders, such as the esteemed Desmond Tutu—believe that conditions, including criminal activity, are worse today than under apartheid.

To be sure, pre-1994 South Africa was far from perfect. It had serious problems with racism and discrimination. But many would argue that South Africa today is worse off! Since 1994, the nation has been in a steady decline. It has now reached the point where it can barely generate enough electricity to function. South Africa today is closer to Venezuela-type conditions than many people realize.

In 1994, not long after Nelson Mandela and the African National Congress took control of the nation, Trumpet editor in chief Gerald Flurry commented, “South Africa is the first of the Anglo-Saxon nations to give away its God-given birthright.” There is so much depth to this statement; in many respects, it summarizes South Africa’s entire recent history.

As Mr. Flurry suggested, South Africa’s pre-1994 success ultimately goes back to God. South Africa was colonized by the British (as well as the Dutch and French), and owes some of its success to the British. Ultimately, however, South Africa, owing to the fact that it was part of the British Empire, was a recipient of God’s great promise to the patriarch Abraham.

South Africa, like Britain and America, owes its prosperity and success to God—above all, to God’s promise to Abraham, but also to the laws and education, to the Judeo-Christian system of morality, that God gave Abraham and his descendants. To learn more about this towering promise, request The United States and Britain in Prophecy.

The people of America and Britain in particular need to pay close attention to South Africa. This nation is the canary in the coal mine. It is a glimpse into our future. Many of the political and cultural developments and ideologies responsible for South Africa’s regression and imminent collapse are today coursing through Britain’s and America’s politics, societies and culture.

If America and Britain continue on their current path—a path of lawlessness, a path that absorbs radical Marxist politics and culture, a path that embraces secularism and despises their Christian tradition—these nations will become like South Africa.