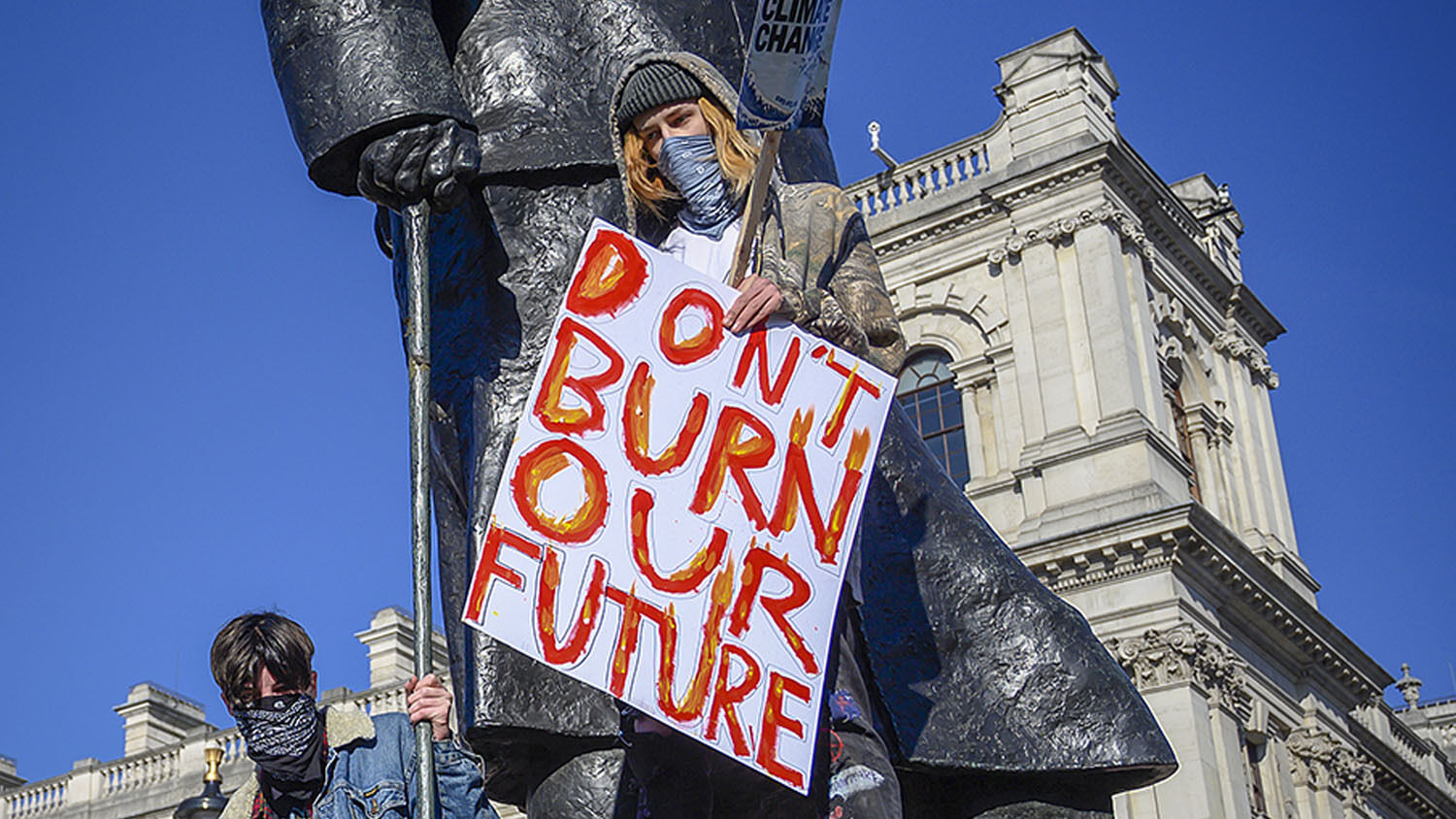 Government and law—these two bedrock principles underpin a healthy, stable nation and basic human interaction. When one or both break down, society destabilizes.

In America on March 15, children and teenagers rejected both government and law—and were praised by adults for it. More than 100,000 youths skipped school and joined climate change protests across all 50 states. The school climate strike movement is inspired by Greta Thunberg, a 16-year-old Swedish activist who, since last August, has committed truancy every Friday to protest outside the Swedish parliament. Thunberg is now a climate change rock star, traveling the world giving lectures and interviews.

In Britain, on February 15, thousands of schoolchildren cut school and fell upon cities nationwide to protest Prime Minister Theresa May’s supposed inaction against climate change. In London, they gathered in Trafalgar Square and other iconic sites. They marched angrily, they screamed and shouted, they carried signs and plaques filled with vulgar smears, irrational mantras and ridiculous opinions. Some called members of Parliament “criminals”; others demanded “System change, not climate change.” Rogue teenagers writhed like leeches over the Nelson Column and the Churchill sculpture, hurling vile denunciations at Theresa May in a scene of total incivility, lawlessness and rebellion.

But what was truly appalling was the response by adults. Social media exploded with messages of support, praise and admiration from members of Parliament, celebrities, journalists and media personalities. Many saluted the children as selfless, mature and brave.

“Greta Thunberg led the way,” wrote Guardian columnist Jonathan Freedland. “Children skipping classes to take the moral lead is an indictment of adult complacency” (emphasis mine throughout). The moral lead? How is skipping math class to march with your mates in protest of a fundamentally erroneous cause taking the “moral lead”?

Thunberg believes Western governments haven’t done anything to combat climate change. This is demonstrably false. Hundreds of laws and policies have been imposed to protect the environment and prevent climate change. That’s why Britain’s carbon emissions right now are at their lowest level since 1888. But these kids weren’t interested in facts, science or evidence. They weren’t interested in rational discussion or debate. They presented no solutions.

“Such is the upside-down, topsy-turvy state of our world, that the children are now the adults and the adults are the children,” Freedland wrote. Really? In what way did these children behave like mature adults? “It has fallen to those so young they are not trusted to decide what they can eat or when they can go to bed to sound the alarm about the crisis that matters most: the crisis of the climate.” There is a lot of folly to unpack here, not least the zinger that this is the crisis “that matters most.” But what about his admission that these kids are too immature to eat responsibly or put themselves to bed—yet on climate change, they are the moral authority?

“At first sight the reaction [to the protesting children] surely has to be one of unfettered joy,” wrote Freedland. Um, no. All I saw was rebellion, anarchy and disrespect.

If you want to see a mature, brave teenager, ignore the rebels climbing over the base of the Nelson Column and cast your gaze upward. Horatio Nelson was 13 years old when he left his family and enlisted as a seaman in the British Navy. At sea he lived in cramped quarters on a diet that most of us would consider inedible. Now that’s a teen displaying maturity and sacrifice.

Many praised these protests as a powerful part of these kids’ education. But education in what? They learned that they can disrespect government, authority and law without consequences—and earn society’s applause.

When people on a large scale reject authority and law, society fails. These protests signal the erosion of our bedrock principles and the crumbling of our nations. They are a warning of future disruption, anarchy and collapse.

They bring to mind the prophecy recorded in Isaiah 3:1-4, where God pledges to remove quality leaders from the modern Israelites (mainly Britain and America). Instead of “the mighty man, and the man of war,” these nations will be led by children: “And I will give children to be their princes, and babes shall rule over them.”

Herbert W. Armstrong wrote about the dramatic influence of youth on society in his 1978 book The Missing Dimension in Sex. “But why? What is the cause?” he asked. “The true answer is this: Something has been taken away from this Earth that sorely needs to be restored! That ‘something’ is knowledge of, respect for and obedience to the government and the law of God!”

Hear, hear. This is precisely what these young rebels need.

Mr. Armstrong continued: “Why all this violence—this immorality? Here is the cause! Human nature—which is vanity—without any purpose, and absence of parental training and discipline! … Young people today are given nothing to live for! No hope! No future! They are more prosperous than ever before. They are bored! They are rebellious. The spirit of revolt is in the air! They resent all authority!”