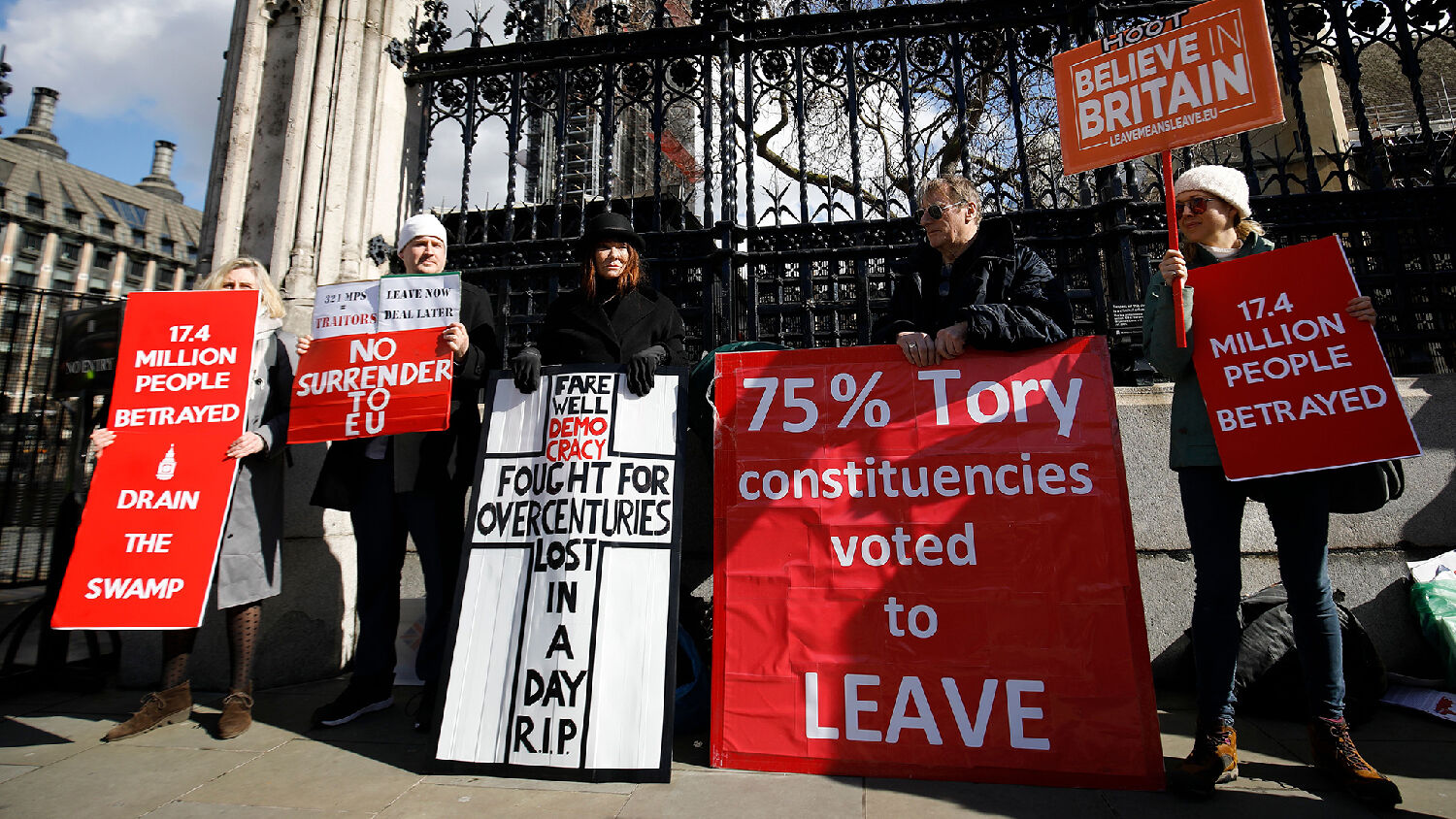 Anti-Brexit activists hold placards as they demonstrate outside the Houses of Parliament in London on March 14, 2019 as MPs debate a motion on whether to seek a delay to Britain’s exit from the EU.
TOLGA AKMEN/AFP/Getty Images

It is Parliament vs. the people here in the United Kingdom. The people voted to leave the European Union, but most in Parliament do not want to. The result is a constitutional crisis of historic proportions. On today’s show, Trumpet contributing editor Richard Palmer examines why and where it is leading. We also cover an article that Trumpet editor in chief Gerald Flurry wrote six years ago: “Watch Algeria!” Algeria’s strongman is now stepping down, and radical Islam could soon step in.