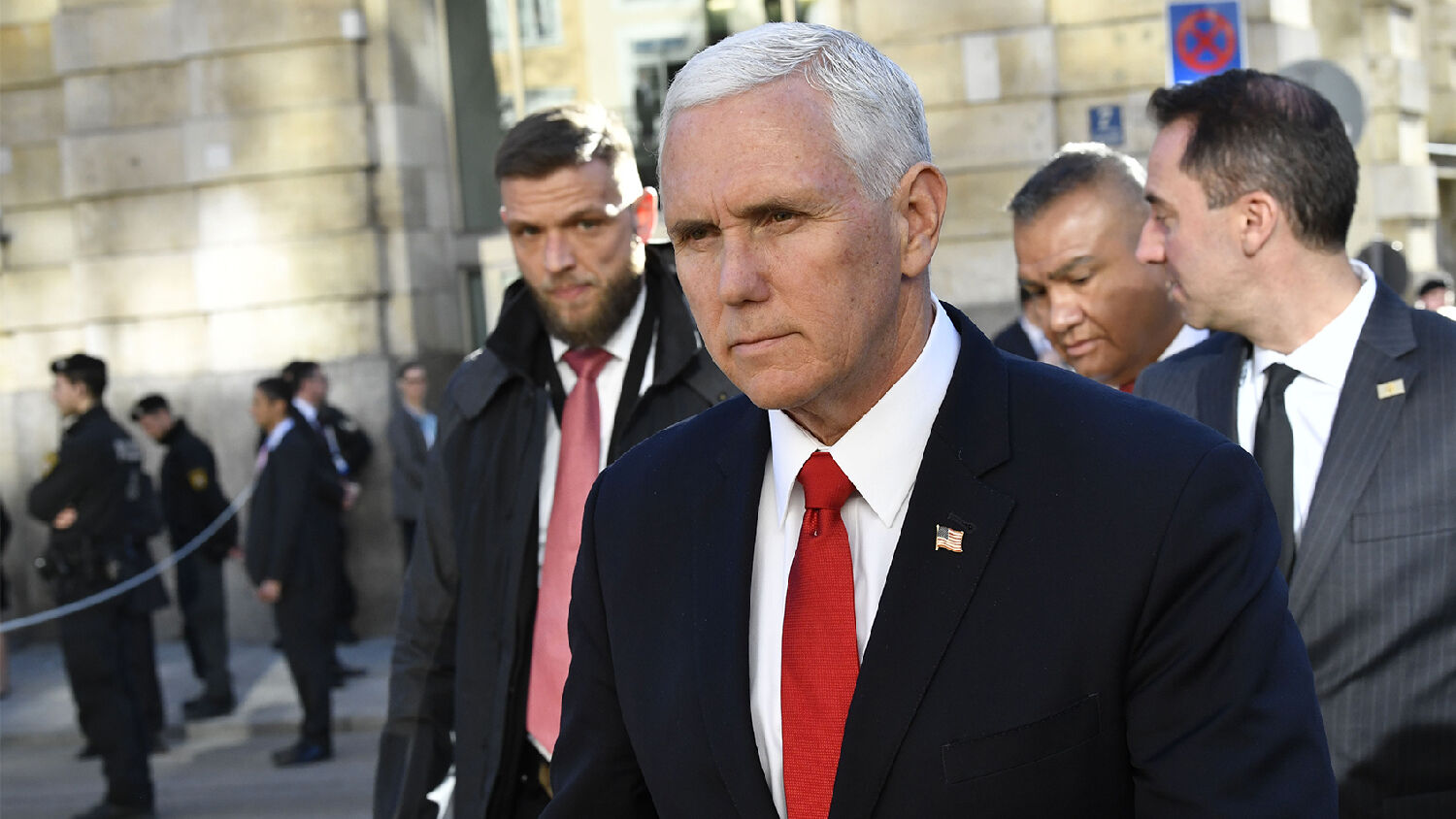 The Munich Security Conference, held each February, is turning into a milestone for the rise of Germany. This year it was a powerful symbol of Germany’s split from America.

The largely European audience gave German Chancellor Angela Merkel a rapturous welcome. When she finished her speech, they clapped for an entire minute—many standing. “It’s not often that Angela Merkel shows some emotion,” wrote Carnegie Europe. But after that reception “she really did have to fight back her tears.”

Compare that to United States Vice President Mike Pence’s reception. At the start of one of his addresses, he said he brought greetings from President Donald Trump and paused for applause. All he got was several seconds of awkward silence.

At the heart of the conference were dueling speeches from Pence and Merkel. Pence condemned Germany (without naming it) for its Nord Stream 2 pipeline deal with Russia. “We cannot ensure the defense of the West if our allies grow dependent on the East,” he lamented. He also condemned European Union powers that were supporting Iran and trying to get around U.S. sanctions (again, mostly implying Germany). “The time has come for our European partners to stop undermining U.S. sanctions against this murderous revolutionary regime,” he said.

Ms. Merkel brought a different message. Warnings from the United States that it might impose tariffs on European cars are a “national security threat,” she said. She pushed back against rebukes on Nord Stream 2 with this logic: “A Russian gas molecule is a Russian gas molecule, no matter whether it comes via Ukraine or through the Baltic Sea.”

“Geostrategically, Europe can’t have an interest in cutting off all relations with Russia,” she said.

The split over Iran “depresses me very much,” said Merkel, but she gave no indication that Germany would side with the Americans against the Iranians.

Other German leaders talked of a more muscular Europe, one that can stand without America.

German Foreign Minister Heiko Maas said that Germany must “assert itself in the world of tomorrow.”

“We have to work with even more strength to build a sovereign, powerful Europe,” he said.

In the past, the Munich Security Conference has been a trans-Atlantic lovefest. Everyone talks about things being great between Europe and America—even when they’re not. This year, nobody bothered pretending.

Instead the relations between Europe and Russia and China ended up looking more secure. Russian Foreign Minister Sergei Lavrov invited the EU to join Russia in forging an economic alliance. He praised plans for a European army, although he noted, “Whether the EU will be allowed to do that is another matter”—hinting at American opposition.

Chinese politburo member Yang Jiechi played to the crowd, condemning “protectionism” and “hegemony and power politics.” Both were intended, and interpreted, as attacks on the U.S.—despite the Communist Party of China being far more protectionist by far. After Pence warned Europe to beware Chinese companies like Huawei, Yang chided him: “I hope some Americans will have a bit more confidence in themselves and be a little more respectful to people, people in the so-called Old World,'’ he said. “People all know where their interests lie, so let there be fewer lecturers.'’

Welcome to the new world. How long is it before America is no longer invited to the Munich Security Conference at all—and it becomes a Eurasian lovefest instead?

Geopolitical Futures founder George Friedman explained that the split comes from a fundamental divergence of interest. “Germany doesn’t want a buildup of U.S. forces in Poland or Romania; it wants a political settlement with Russia,” he wrote.

Friedman made another important point on the division on display this weekend: “On this topic … Germany doesn’t speak for Europe. There are other European nations that share Germany’s perspective on Russia, but Berlin can’t claim a European consensus on the matter. Thus, the perception that the main divide in nato is between the U.S. and all of Europe is false. Both in North America and in Europe, the split is far more complex.”

Instead, Germany opposes America and is trying to pull all Europe around to its view.

Last autumn, Trumpet editor in chief Gerald Flurry leveled many of the same criticisms at Germany that Pence brought to Munich. “Nord Stream 2 binds Russia and Germany together in a way that undermines nato,” he wrote. “In fact, though Russia and Germany will not say so, this pipeline project is clearly intended to wreck nato.”

America has done a lot to build up Germany. But now Germany wants to step out of America’s shadow. “Some powerful Germans today are thinking more and more about the Holy Roman Empire, and they want modern Germany to assume more power of its own in the spirit of that empire,” Mr. Flurry wrote. “They want to establish Europe as a mighty, German-led superpower.” Allying with Russia and China helps Germany gain that independence.

This German resentment of America was prophesied in the Bible. As Mr. Flurry wrote:

Jeremiah 1:13 records God showing the prophet a vision of “a seething pot; and the face thereof is toward the north.” This symbolic language is describing modern Germany. Beneath the surface, that nation is full of simmering dissatisfaction with the current world order. Germans are angry at the U.S., and especially furious with President Trump. The imperialistic ambition that prompted Germany to start both world wars is alive and well. It is “seething”!

This is what was on full display this weekend—a seething mass of resentment against America. Mr. Flurry continued:

Verses 14-15 continue: “Then the Lord said unto me, Out of the north an evil shall break forth upon all the inhabitants of the land. For, lo, I will call all the families of the kingdoms of the north, saith the Lord; and they shall come, and they shall set every one his throne at the entering of the gates of Jerusalem, and against all the walls thereof round about, and against all the cities of Judah.”

America, Britain, the Jewish nation (biblical “Judah”) and others should be alarmed by what is happening in Europe. Cooperation between Germany and Russia is setting the scene for a huge “seething pot” to spill over onto these nations! This boiling cauldron will scald everybody in America and Britain! This is prophesied to be the worst suffering ever known to man! And it will occur by God’s hand because of His extreme wrath over the sins of these peoples. …

Do you really see what is happening in Europe? Do you see the stage being set for a world war like never before? Do you understand it?

That’s what was going on at the Munich conference. To understand these events clearly, be sure to subscribe to our Trumpet magazine, in which we explain the prophecies behind these news events. And to really understand what is going on in Germany, read Mr. Flurry’s article “Germany and Russia’s Secret War Against America.”