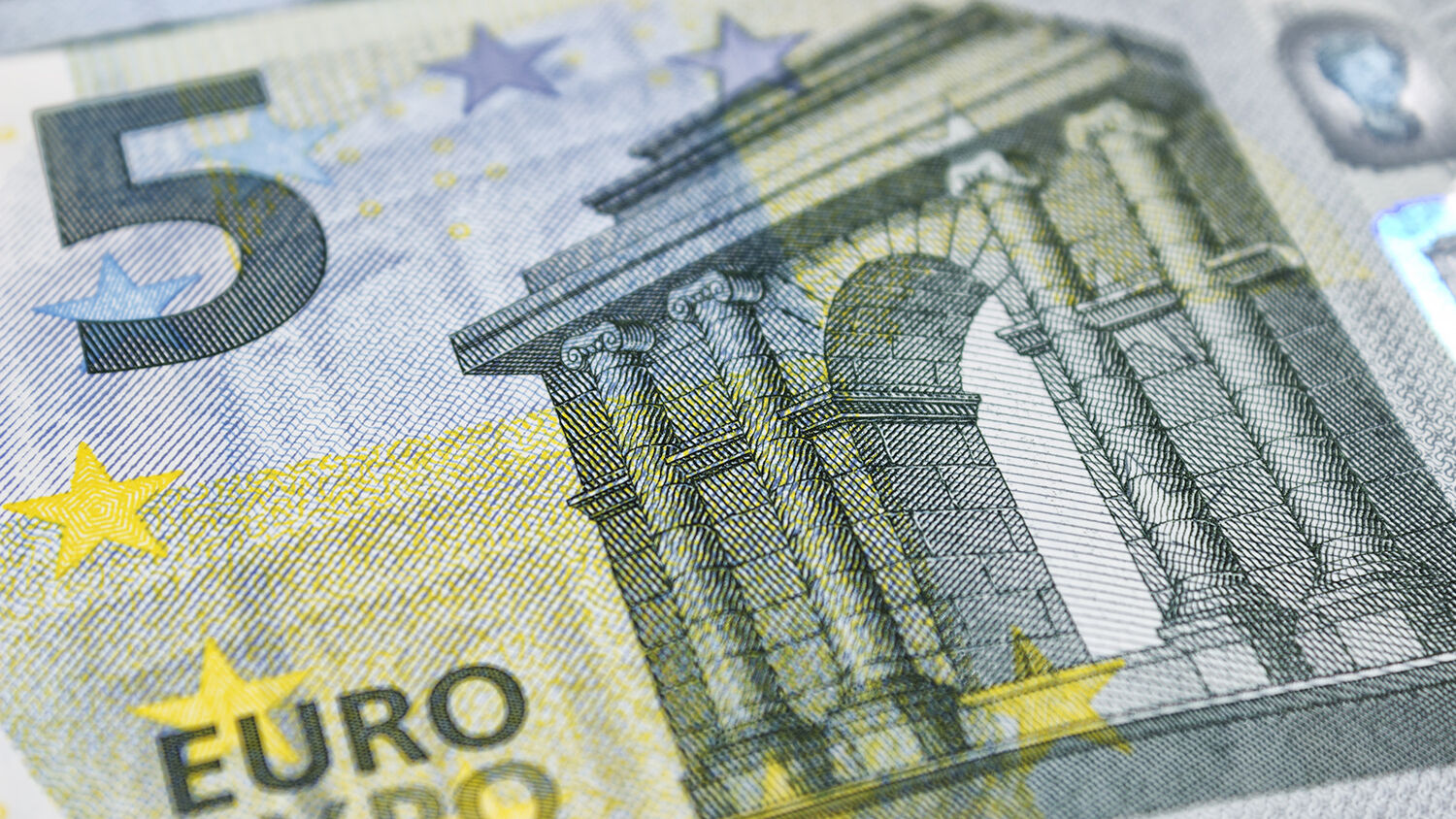 The dollar underpins everything. American banks handle vast numbers of transactions. swift, the messaging system that allows banks to send transaction details to each other, is based in Brussels—but it takes orders from the United States government.

This means that America can cut off entire nations from the global financial system.

The U.S. began employing this weapon against Iran last year. On May 10, the U.S. Treasury Department started imposing new sanctions. As time went on, some Iranian banks were cut off from swift, banks were banned from selling dollars or loaning money to Iran’s government, and companies around the world were banned from doing business with a raft of Iranian individuals and business.

On November 4, the U.S. banned buying oil from Iran. Unless a country had been granted an exception—and several were—any firm that bought oil from Iran risked being banned from trading in the U.S. That’s a lot of trade to miss out on, and even firms that have American permission to trade with Iran aren’t doing so—just to be on the safe side. Iranian oil exports fell from 2.8 million barrels a day in April to 1.1 million in December.

Any European company that does business with Iran could find itself cut off from the global financial system. Iranian companies based in Europe have had their Internet or electricity cut, or bank accounts canceled. The U.S. Treasury Department warned European service providers that if they kept supplying Iranian firms, they could lose access to U.S. markets.

But last week, Europe began to fight back.

On January 31, Britain, France and Germany announced the creation of the Instrument in Support of Trade Exchanges, or instex. This special-purpose vehicle uses bartering to help Europe and Iranian companies trade. If they don’t use money, they can’t be cut off from America’s financial system.

Iranian companies are cautiously optimistic, and America is peeved. But this is about far more than just Iran. This is Europe fighting back against American financial dominance.

The EU Observer understands this. It published an excellent article on this subject, and the title says it all—“Iran: EU and Trump Mark Divorce on World Stage.”

That’s the crucial big picture here. Europe wants to neutralize American financial superpower. instex is an important first step in that direction. Jarrett Blan, a member of the Carnegie Europe think tank, said in January that instex will “teach its managers lessons that can be applied to other cases [besides Iran] in the future.”

At this point, rescuing Iran is not a big deal for Europe. European nations are increasingly coming round to the view that sanctions against Iran are justified. Just yesterday, the Council of the EU told Iran to put an “immediate end” to its “unacceptable behavior.” The EU said it is “gravely concerned by Iran’s ballistic missile activity” and “deeply concerned by the hostile activities that Iran has conducted on the territory of several member states.”

But Germany could be the next target of America’s financial weapon.

Germany is one third of the way toward finishing its Nord Stream 2 pipeline with Russia. This pipeline will pump Russian gas to Germany under the Baltic Sea, bypassing Ukraine, Poland and other Baltic states.

Other countries are aghast. Polish Foreign Minister Jacek Czaputowicz said that the project “will kill Ukraine.”

Some in Europe have called the Nord Stream 2 pipeline the “Molotov-Ribbentrop 2 pipeline”—named after the secret pact between Adolf Hitler and Joseph Stalin that divided Eastern Europe between them. Deutsche Welle, a German news source, noted, “Once the pipeline is completed, Russia will be in a position of strength, which will enable it to ignore not only Ukraine’s interests but also those of other Eastern European countries.”

At the moment, Russia can’t be too hard on some of these countries. It needs cash from selling gas to Western Europe. If it cuts off Ukraine from natural gas, it also loses cash from those who get their gas from Russia via Ukraine. In fact, Russia currently pays Ukraine around $3 billion a year in transit fees for use of its pipelines. That’s more than 2 percent of Ukraine’s economy coming directly from these fees.

Once this pipeline is operational, Russia could easily deprive Ukraine of the crucial transit fee income, at a time when Ukraine’s economy is already struggling (and Russian troops are actively supporting rebels in eastern Ukraine). It could cut off Ukraine from Russian natural gas, as it has done before. Only this time, it could cut Ukraine off perhaps indefinitely, suffering only a small loss of income. It could even invade, and Ukraine couldn’t use the gas infrastructure to strike back. As Deutsche Welle wrote, Ukraine “will no longer be guaranteed protection against further Russian aggression.”

America is opposed to this pipeline. In a letter made public last month, the United States ambassador to Germany threatened sanctions on Uiper and Wintershell, two European companies involved in the Nord Stream 2 project. Italy’s Saipem and Switzerland’s Allseas have been told they too will face sanctions unless they stop building the pipeline.

Europe is anticipating much more direct economic warfare with the U.S. That’s why it created instex. If instex fails, Iran loses out, but it’s not much of a setback for the EU. And the experience will prepare Europe for more significant battles.

For now, instex is a small project. It doesn’t include oil, Iran’s most important export, though it may be expanded later. But America has spent years building its financial weapon. Europe can’t build something to tear it down in an afternoon. Laying the groundwork for financial war takes time.

Or to vary the metaphor, as the EU Observer article noted in its title, instex is a divorce declaration between these two powers. Europe is beginning to split its assets from the U.S., trying to find a way to untangle its economic system from America’s. Since the European economic system has been tied to the U.S. for 70 years, that’s not an easy task. However, instex is a practical step.

And Europe has begun the process in other ways. On February 1, the world’s largest free trade zone officially launched between the EU and Japan. Now Europe has its sights set on an even bigger deal—one with the Latin American trade bloc mercosur. Japan, meanwhile, has also signed its own free trade deal with Australia, Canada, Mexico, New Zealand, Singapore, Brunei, Vietnam, Chile, Malaysia and Peru.

The world is being criss-crossed with free trade deals and economic relationships that don’t include the United States.

The stage is being set for economic war.

Herbert W. Armstrong warned for years that America would face economic attack, and that nations around the world would work together to undermine America economically. He based this forecast on some of the most basic biblical prophecies about Britain and America, the two most prominent end-time descendants of two of the tribes of ancient Israel. Deuteronomy 28 and Leviticus 26 prophesy that these nations will be besieged and cut off from the world’s economic system. Isaiah 23 identifies some of the powers involved in this anti-American economic alliance, including Europe, China and Japan.

Trumpet editor in chief Gerald Flurry has continued Mr. Armstrong’s warning about this coming economic alliance. He writes in Ezekiel: The End-Time Prophet:

The U.S. and other Israelite nations are surrounded or besieged by fierce and often unfair competition. … As the U.S. and Britain become less and less competitive worldwide, unemployment will steadily increase. …

That book was first published in 2002. Since then, we have seen more and more attempts by world powers to separate themselves from America’s financial system, a prospect that will cause the U.S. economy to spiral downward.

In the March 2019 Trumpet issue, Mr. Flurry wrote an article titled “America Is Being Besieged Economically.” In that article, he revealed how Europe is extending its influence into Latin America through the EU-mercosur agreement. He shows how trade war is already building.

The preparations for trade war are all around us. To understand why it is coming and where it is leading, read “America Is Being Besieged Economically.”