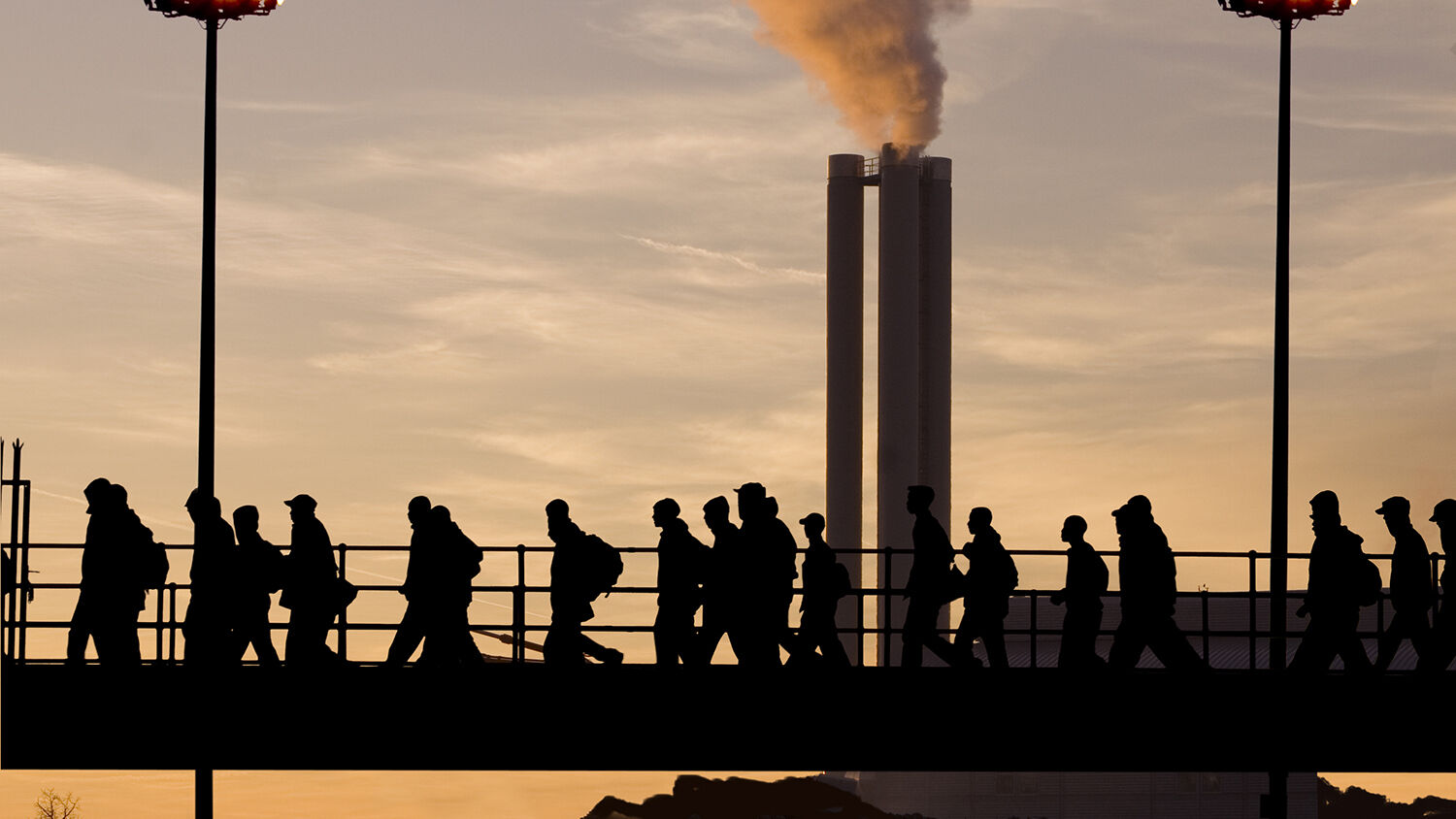 On January 4, the United States Bureau of Labor Statistics released its December employment figures, which caused much rejoicing in America. A total of 312,000 new jobs were created, far surpassing the estimated 176,000 jobs. Wages were found to have grown 3.2 percent over the same time last year, again beating the expected 3 percent increase economists predicted. That year-over-year increase is tied with October for the best month since April 2009.

This was a lot of positive news for the U.S. economy, coming amid growing concerns of a global recession that appears to be setting in. New life was breathed into the stock markets, which posted a gain after a week of terrible losses. Many declared that the U.S. didn’t need to fear a recession in any way.

Is America’s economy really thriving? Many people claim that is the case. But while the job numbers were very favorable, they are only one part of the economic picture. Add a few more pieces to the puzzle, and the real picture of America’s economy appears.

Here’s the first piece: One underreported fact from the December job report is who is being hired. The majority of those hired were workers who were 55 years and older. In contrast, the number of people in the prime age group (ages 25-54) actually decreased by 11,000. This says a lot about the current financial situation in America. More and more Americans of retirement age are coming back into the workforce, most likely because they can’t afford to retire. This also explains why wages increased more than expected.

Those of retirement age lack sufficient savings for retirement, and younger Americans are not saving for retirement. Data released last year by the Federal Reserve found that 4 in 10 adults couldn’t cover an unexpected expense of $400, and would have to go into debt or sell something to cover the cost. While this is an improvement from 2013 when 50 percent of adults couldn’t spare $400, it still shows how unprepared people are for even a small financial crisis, such as a lapse in employment. The most recent study on the issue found that 78 percent of Americans live paycheck to paycheck, up from 75 percent the previous year.

Here’s the next puzzle piece: Not only are Americans without savings, they’re maxed out on debts that they can’t pay. The same Federal Reserve report found that more than 20 percent of adults are unable to pay all of their current month’s bills in full, which means they are stuck in an ever worsening debt trap. Consumer debt in the U.S. continues to smash records. Credit card debt, along with student and auto loans, are all at all-time highs.

This is a problem that exists from the personal level all the way to the federal level. In 2018 the U.S. federal government added an additional $1 trillion to the national debt, bringing the total debt to nearly $22 trillion.

This has a few people worried, like Federal Reserve Chairman Jerome Powell, who said that the government will soon have “no choice” but to face this issue. But most seem unconcerned, including President Donald Trump. Last week he tweeted about how he longed for interest rates to return to zero percent so he could have something to “play with,” like the last administration had, implying that he would add even more to the debt.

House Democrats also don’t appear concerned with bringing spending under control. Now that they control the House, one of the first things they did was vote to revive the “Gephardt Rule.” This rule makes debt-ceiling increases automatic each time Congress passes a budget that would blow through the debt limit. But they’ve made the rule even worse. As Conservative Review explained,

Obviously, Republicans control the Senate and are unlikely to cooperate with a Democrat-passed budget resolution from the House, so any Democrat budget will not become law under a concurrent resolution. To that end, for the first time in congressional history, Democrats are deeming just the House-passed resolution (without the Senate) as if the debt ceiling law was suspended for that chamber, thereby shielding their members from taking a separate vote.

Thus, whatever budget the House approves can exceed the debt limit. They don’t need the Senate’s approval. With the new rules, the government doesn’t need to worry about a balanced budget or having to fight to raise the debt ceiling to cover the ever expanding spending. There’s nothing to hold the government accountable for its spending. It can run up the debt as much as it wants.

When you put all these pieces together, a clearer picture comes into view. Yes, jobs are being created, but that in itself doesn’t prove financial soundness in America. What gets reported in the news is just a veneer of prosperity covering up a host of financial problems. The majority of Americans are not prepared for even a small economic crisis. The federal government isn’t ready either. The reality is that America’s economic dominance is waning, and quickly. Consider these stories, all of which broke just this last week:

Add these pieces to the puzzle, and a more serious picture emerges. The strength of the dollar is being seriously questioned by America’s allies, while hostile nations are pivoting more and more to the yuan. Meanwhile, nations are hedging their central banks with gold, a tangible asset. The U.S. dollar isn’t backed by gold. So why would these nations increase their holdings unless they’re seeing a need to return to the gold standard? The only reason for that would be if the dollar collapsed.

While the markets celebrate the December job report, there is a much bigger picture that needs to be examined. America’s economy is not flourishing. In fact, it’s in rapid decline and coming under assault.

Why all this economic trouble for America? What is the cause? Is it just poor fiscal policies in Washington? Or are there deeper issues?

For more than 80 years, the Trumpet magazine, and its predecessor the Plain Truth, have forecast the economic ruin of the United States. Those forecasts are based on what is revealed in your Bible. Does it seem farfetched to think that the Bible, which claims to be the inspired Word of God, would have something to say about the major powers of this world? We have been proving for decades that God’s Word is accurate and is being fulfilled every day.

To understand what is soon to befall America, first read our free book The United States and Britain in Prophecy. This landmark book by Herbert W. Armstrong will prove from your Bible how America will fall, and more importantly the reason for such a fall. As Trumpet editor in chief Gerald Flurry has said, this event could happen within the next decade!

In this book, Mr. Armstrong pointedly asked the reader: “Do you think so great a fall could not come to so great powers as Britain and America? Do you say, ‘It can’t happen here?’ … You need to open your eyes to the fact that Britain’s sun already has set! You need to wake up to the fact that the United States … is fast riding to the greatest fall that ever befell any nation!”

Why, you ask? Because America has rejected God and squandered the blessings that He gave to America. While Americans love invoking God, saying, “In God we trust” and “God bless America,” they fail to obey His law, which would continue to bring blessings. As a result, God will correct the nation by stripping away the colossal, unprecedented national blessings it has received.

While America has reached the point of no return, God is offering individuals the opportunity to escape these terrible calamities. But it requires us to act on what God is revealing. God wants us to turn from sin—from breaking His law—and live and do as He commands. Mr. Armstrong concluded The United States and Britain in Prophecy by writing:

Most … people, we know only too well, will take this serious warning lightly—put it out of mind—turn to other immediate interests of no importance by comparison! That is why a loving, just, all-wise, all-powerful God is going to take away from them these unimportant counterinterests, and apply such intensified correction that they shall, finally, come to their senses, and turn to Him and His way which will bring them eternal happiness and abundant blessings!

But you need not have to suffer this intensified correction, greater than any trouble ever suffered by humans.

By … God’s direction and authority, I have laid the truth before you! To neglect it will be tragic beyond imagination! To heed it will bring blessings, happiness and glory beyond description!

The decision is now yours!