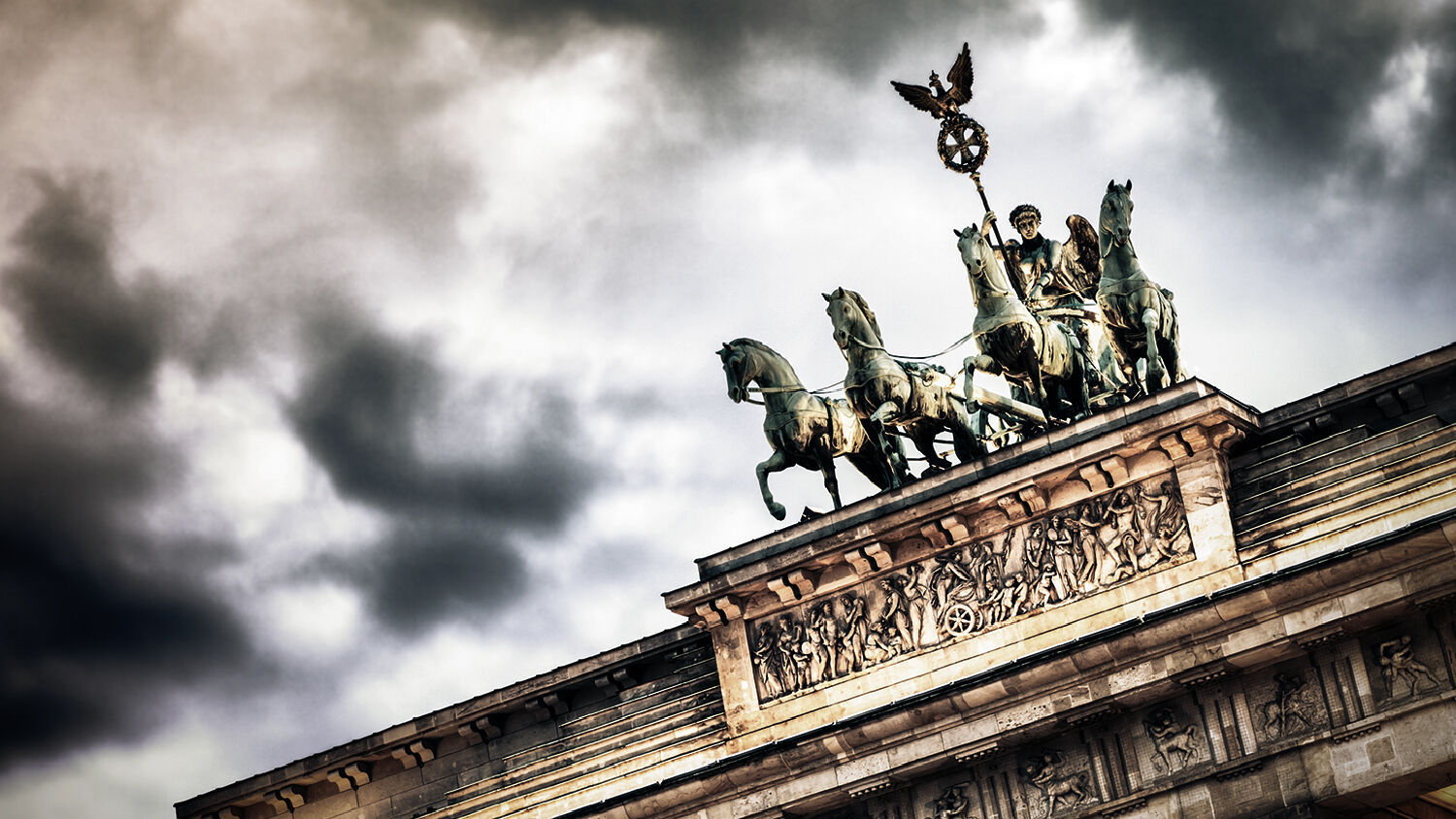 The nation now stands face to face with a danger worse than them all: economic crisis.

A perfect storm is forming over Germany. The nation, already battling political instability, rising populism, and an intractable migrant crisis, now stands face to face with a danger worse than them all: economic crisis.

We learned this week that Germany’s industrial output fell 1.9 percent in November and was down 4.6 percent year on year. These figures were unexpected, which is disconcerting. Usually you can see these things coming, but most experts were anticipating small improvements.

Claus Vistesen of Pantheon Macroeconomics said, “Yesterday’s manufacturing data in Germany provided alarming evidence of a much more severe slowdown in the second half of last year than economists had initially expected.”

Meanwhile, production of consumer goods has declined 4.1 percent and energy production by 3.1 percent. The German Purchasing Managers Index, a measure of the purchasing activity in the manufacturing sector, fell 11 times over the course of 2018. Earlier this month, it fell to a 33-month low of 51.5. Manufacturing accounts for one fifth of Germany’s total economy. When this index number falls below 50, German manufacturing industry is in contraction.

If Germany’s isn’t already in recession, it is on the cusp.

This ought to alarm us all. Germany is the fourth-largest economy in the world and the largest and most important economy in Europe. Business Insider reported yesterday that “a recession in Germany could easily drag down France and Italy,” and it would impact others too, such as Greece and Spain. France is already in recession and appears to be coming apart socially and politically.

For a continent already contending with several serious issues, including growing social unrest, migration, rising populism and Brexit, an economic and financial crisis will be the catalyst for seismic change.

Germany and its European neighbors are not the only nations facing dire economic and financial conditions. Across the world, financial analysts and institutions—including the World Bank and the International Monetary Fund—are talking about how close the world economy is to catastrophe. Many economies are slowing; world trade and investment are softening. Meanwhile, national debt is reaching record highs in both the developed and undeveloped worlds. Many experts predict a global crash in 2019 or 2020, and many believe it will be worse than 2008.

On Monday, Ambrose Evans-Pritchard wrote an article for the Telegraph titled “Geostrategic Dystopia: Is This the Year the World Falls Apart?” “This is the year that serial hammer blows to the Western alliance system and the edifice of global governance threaten to bring the old order tumbling down,” he wrote (emphasis added throughout). Evans-Pritchard makes the point that the Pax Americana world order is unraveling and that the nations and institutions that have underpinned global stability since World War ii are collapsing.

This “dystopian” scenario has developed during a time of global economic stability, he wrote. “What would happen in a deep recession with mass unemployment?”

Good question. Germany and Europe are in a fragile place right now; think on what would happen if a recession took hold. And it’s not just Europe! Every major nation and every region on Earth currently faces huge problems of some nature. These crises, be they political, geopolitical, social, military or economic, will get considerably worse if there is a global recession. Imagine fighting eight to 10 small fires in your backyard, when suddenly a bucket of fuel is tossed on each. In a split second, the whole yard is alight.

This is what will happen to Europe if Germany enters recession.

And this is what will happen to the planet if a global recession strikes.

Perhaps the economic and financial disaster won’t happen this year. Maybe it will strike in 2020 or 2021. Maybe it will happen in stages. No one really knows the details. But the data is clear, as is historical precedent: Germany’s economy, America’s economy—the world economy—will experience a downturn. It will be significant and debilitating. And it will enflame the crises already burning in Europe, America and across the planet.

Now is the time to prepare. How? To start with, you might consider the warning from the late Herbert W. Armstrong. In the May 1983 Plain Truth, he wrote, “Economic ills are starting greatly to reduce our standard of living! I warn you, prepare greatly to reduce your standard of living!” Consider following Mr. Armstrong’s advice and get accustomed to a lower standard of living by living within your means—spending less than you earn. Strive to pay off existing debt. Our free booklet Solve Your Money Troubles!, by Robert Morley, is an excellent resource for this.

But there is more to it than staying out of debt and cutting up credit cards. Bible prophecy shows that we are living in the days just prior to the return of Jesus Christ. World events, and even Germany’s economic crisis and the impact it will have on Europe, indicate that we are about to enter the “tribulation” discussed by Jesus Christ in Matthew 24. This is not difficult to prove. You can prove it quite easily by reading Nuclear Armageddon Is ‘At the Door,’ by Trumpet editor in chief Gerald Flurry.

This booklet, among others, shows that these truly are historic and prophetic times. The forecasts of the Old Testament prophets and of the New Testament prophets—including the late Herbert W. Armstrong—are now being fulfilled! Can we see it? Will we accept it? And will we respond to the inherent warning from God in these prophecies?

Ultimately, this is how we prepare for the rough times ahead—by thinking on and answering, through our actions, these questions.