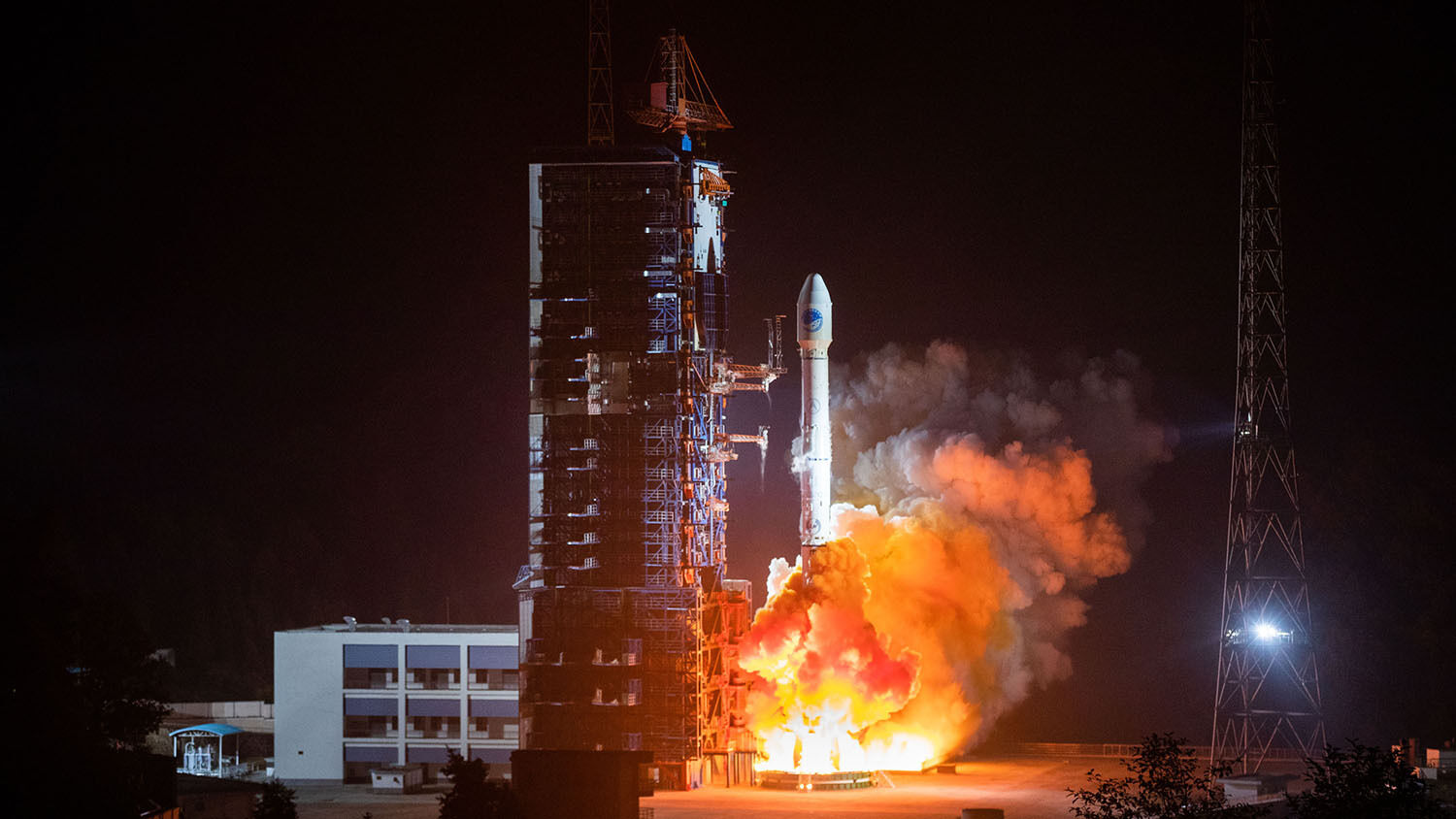 And with it, America’s dominance is called into question.

In a powerful challenge to the dominance of the United States, China has launched its BeiDou satellite navigation system (bds) with global coverage. Director General of the China Satellite Navigation Office Ran Chengqi made the announcement on December 27.

“I would like to announce that the development of the bds-3 preliminary system is completed, and the global services are provided starting today,” Ran said at the news conference. “Independently built and operated by China, bds … blazed a path for building a satellite navigation system with Chinese characteristics. On this date of 2012, bds started providing services to the Asia-Pacific region. Today, six years later, bds begins to serve the whole world.”

America’s Global Positioning System (gps) currently dominates the world’s navigational needs; however, China’s newly global BeiDou system is a direct challenge to this dominance. China has rapidly advanced its own status in a shifting world order.

On November 19, China announced the successful launch of satellites number 42 and 43. China’s navigation system now boasts the largest fleet of satellites. These 43 consist of 19 BeiDou-3 satellites, enough to provide basic global coverage. By 2020, China plans to launch 12 more, which will mean that its third generation of satellites alone will equal the U.S.’s gps—31 operational satellites. In comparison, Russia’s Glonass system owns 26, but currently operates 24. Europe’s Galileo system has deployed 26 satellites; however, not all are currently operational.

Outnumbering the three other satellite providers, China is well on its way to becoming the world leader in technology and in space.

The BeiDou program officially started in 1993 as an air defense system designed to boost China’s role in the rapidly developing space race. It also frees China’s military from reliance on gps, which has dominated the world for 40 years. Operating independently from the U.S. has become a major policy goal for many nations.

Creating a rival to gps feeds China’s goal of becoming the world leader in space. “The main advantage of having your own system is security of access, in the sense that you are not relying on another country to provide it. The U.S. could deny users access over certain areas, for example, in times of conflict,” Alexandra Stickings of the Royal United Services Institute for Defense and Security Studies said.

This new “Space Silk Road” has progressed rapidly. The rate at which China has produced this technology reveals the ambition and technical prowess of China. Global coverage of BeiDou was reached two years ahead of schedule.

BeiDou has already shipped over 70 million systems to more than 90 countries. These systems include microchips and modules, which could give China easier access than ever to infiltrating computer systems. China has proved over and again that it has no qualms in using technology such as this to hack, spy and perform cyberespionage.

The navigational satellites also play an important military role. BeiDou has become a vital part of President Xi Jinping’s strategy to develop a smarter military. BeiDou will serve several purposes, including its usage in reconnaissance exercises and as a short messaging platform—something gps has not developed. It will give the military greater accuracy and holds the potential to “deny or degrade the signal received by other users of the system,” according to Stickings.

BeiDou satellites, in the event of a conflict, will enable the Chinese military to identify, track and strike U.S. ships, increasing their tracking ability by 100 to 1,000 times. Navigation satellites make it possible for rockets to strike accurately enough to directly hit and potentially destroy deeply buried and hardened missile bunkers, as well as being vital to precision-guided missiles, smart bombs, navigation and operation of ships, other vehicles and troops.

The stakes of space control are extremely high. “[H]e who controls the open space around us is in a position to control the Earth,” German rocket scientist Wernher von Braun said.

Historically, America’s overwhelming space capabilities have given it the edge in war. But this no longer holds true. Other nations are quickly catching up!

China’s actions are continuing to fuel a space race. And knowing human nature, we know that this will not end well. Mankind has used every weapon it has created.

China’s rise as a major, high-tech power is no coincidence. Bible prophecy shows us where this is leading.

In his book Compendium of World History, Dr. Herman Hoeh correctly identified Meshech and Tubal as fathers of those who comprise greater Russia today. Magog fathered the people of China and Mongolia. Gomer fathered the Japanese people as well as the Cambodians, Thais, Burmese, Laos and Vietnamese. Togarmah also factored into the ancestry of Japan and some of these other nations. …

Mr. Armstrong concurred with Dr. Hoeh’s research. Referring to Ezekiel 38:2, he said, “There is general agreement among students of prophecy that ‘Gog’ in the land of ‘Magog’ is the vast regions of northern Eurasia extending from the Baltic to the Pacific. ‘Meshech’ is Moscow, ‘Tubal’ is Tobolsk. The Bible margin says ‘Prince of Rosh,’ which is Russia” (Plain Truth, April 1981).

We can see these alliances forming right now. The “kings of the east” will be a conglomeration of Asian nations led primarily by Russia and, secondarily, by China.

On November 7, Russia and China signed the “Agreement on Peaceful Use of BeiDou and Glonass Between People’s Republic of China and the Russian Federation.” This will lead to “large-scale cooperation in the satellite navigation field between the two countries.” Continue to watch this alliance between Russia and China strengthen as it fulfills Bible prophecy.

The development of the BeiDou satellite system is also likely to play a part in another pivotal Bible prophecy.

In the context of God punishing the nations of Israel for their sins, Ezekiel 7:14 says, “They have blown the trumpet, even to make all ready; but none goeth to the battle ….” In his January 1995 Trumpet personal, editor in chief Gerald Flurry wrote, “The trumpet of war was blown in Israel—mainly America and Britain. It seems everybody was expecting our people to go into battle. But the greatest tragedy imaginable occurred! Nobody went to battle—even though the trumpet was blown! Will it be because of a computer terrorist?” Mr. Flurry identified America’s computer reliance as its Achilles’ heel—its most vulnerable point.

China is developing technology and the ability to hack powerful computer systems to bring down America before the battle even starts. When the trumpet for war sounds, none will go to battle!

BeiDou is all about fulfilling these prophecies. It is aligning Russia and China closer than ever, pulling together “the kings of the east.” It is increasing China’s military might to serve in this powerful bloc, and it is amassing the strength to bring down America without firing a shot!

To understand more about the rising “kings of the east,” please read our free booklet Russia and China in Prophecy.