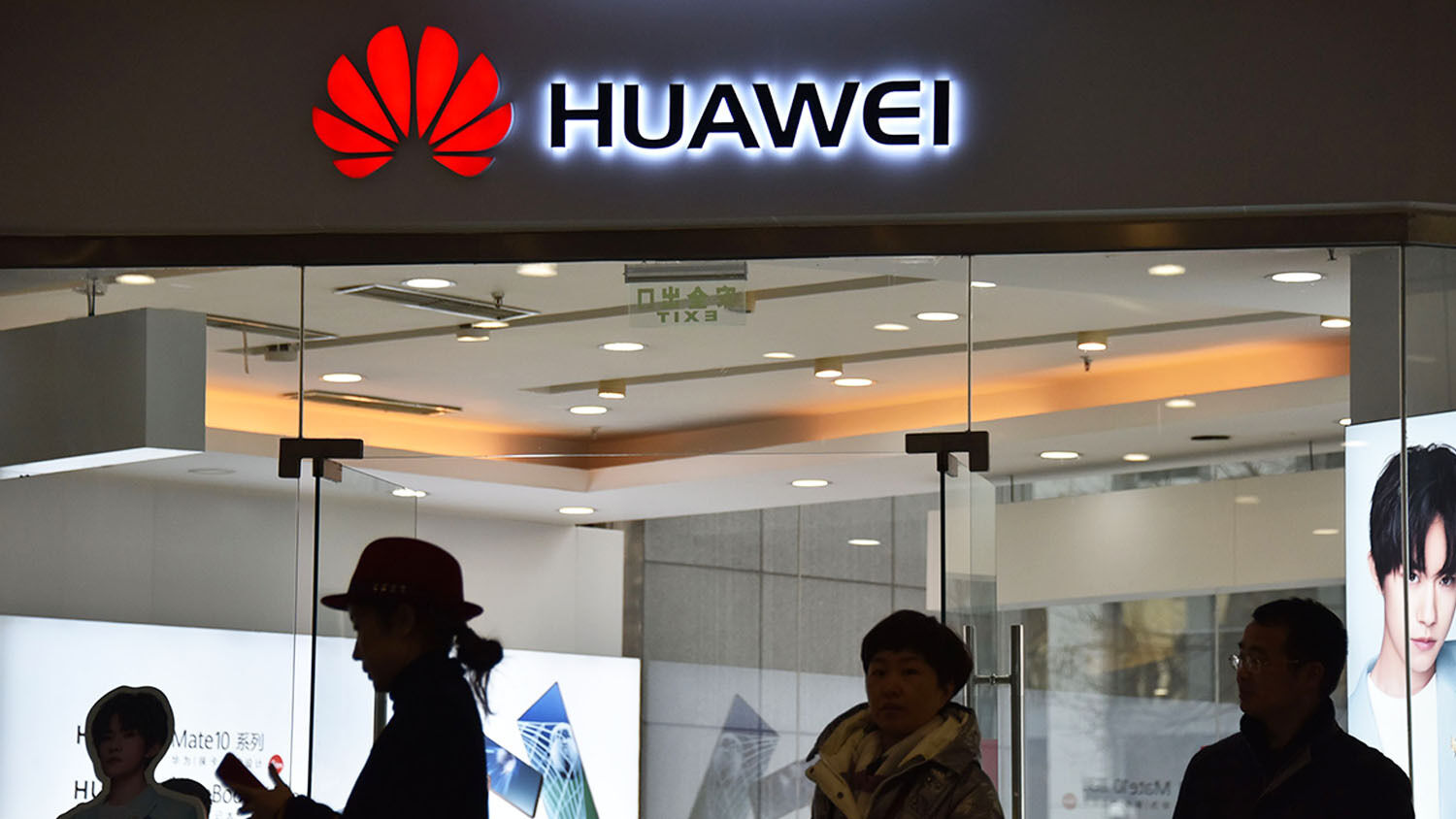 On December 10, China protested Canada’s “inhumane” treatment of an executive of telecom giant Huawei who is being held on a U.S. extradition bid, following reports that she was not receiving sufficient medical care.
GREG BAKER/AFP/Getty Images

China is rising to conquer the world through technology, and an American arrest warrant has gotten in its way.

The arrest of Huawei’s chief financial officer (cfo), Meng Wanzhou, in Canada on December 6, at the request of the United States, has angered China and led to a backlash of “revenge hostages.” But for China, this battle has much larger implications. It also exposes a major bid by China to gain control of vital worldwide infrastructure.

Meng is currently under house arrest in Vancouver, Canada, where she waits to be sent to the U.S. Once there, she faces charges for violation of U.S. sanctions against Iran and for committing bank fraud to cover up Huawei’s business dealings there.

China has responded by arresting Canadians in China on hazy charges. Meng holds much greater importance than just a cfo in China’s eyes. As the daughter of Ren Zhengfei, Huawei’s founder and chairman, she will inherit the company upon his retirement. And as China’s biggest and most advanced technology company, Huawei is a leading spy agency for China’s ruling Communist Party.

Chinese law mandates that companies like Huawei help spy for China. Article 7 of China’s National Intelligence Law says, “Any organization or citizen shall support, assist and cooperate with state intelligence work in accordance with the law, and keep the secrets of national intelligence work known to the public.” Anyone who does so is promised protection by the state.

Huawei’s advanced technology could not be better suited for the job.

The company’s role in the Chinese Communist Party is comparable to the role steelmaker Alfried Krupp played in Germany prior to World War ii. Comparing the two, the New York Post wrote:

Just as Germany’s leading supplier of armaments basically became an arm of the Nazi machine after war broke out, so is China’s leading hi-tech company an essential element of the party’s cold war plan to dominate the world of the future. [Meng’s arrest] has exposed the massive campaign of espionage that Huawei is carrying out around the world at the behest of the party. It has revealed how that party dreams of a new world order in which China, not America, is dominant.

While Huawei claims that it has never engaged in “intelligence work on behalf of any government,” a multitude of evidence indicates the contrary. These security fears have led several countries, including the U.S., Britain, Canada, New Zealand and Australia, to block Huawei from dominating their wireless networks.

The U.S. has banned all Huawei devices from its military bases worldwide. These devices give the Chinese power to “maliciously modify or steal information” and “conduct undetected espionage,” according to fbi Director Christopher Wray.

Not only is it illegal for Huawei to withhold intelligence according to Chinese laws, but its company executives also have very close links to the Communist Party.

Meng’s family ties go back to the Communist leadership of Mao Zedong, whose reign was responsible for the deaths of more than 70 million Chinese citizens. Meng’s grandfather is said to have been a close companion of Mao. He then went on to become vice governor of the largest Chinese province, making Meng basically Communist royalty.

Huawei is the leading company in upgrading cellular networks in many countries from 4G to 5G technology. The Communist Party knows the power potential 5G holds. Because 5G is 100 times faster than 4G, it is being primed to run many of the world’s connected devices. Whoever dominates 5G will soon dominate the Internet.

Huawei’s rapid rise as a leader in 5G technology has largely come through Communist funding. The Communist government provides low-interest loans and blocks out free-market competitors from the Chinese market, giving consumers few options besides Huawei. In return, the government can ultimately use Huawei’s 5G technology to gain access to unprecedented amounts of intelligence.

Huawei, both literally and in name, serves China’s efforts for world domination. The Chinese characters that spell its name can mean “To Serve China.” Huawei’s importance to China’s Communist Party should not be underestimated. The government will not respond lightly to anyone who threatens its rise to dominance.

China at the helm of the world is a terrifying prospect, but the Bible prophesies it will happen. China will become part of a dominant global superpower very soon. It is rising at this very moment! Our article, “Why the Trumpet Watches the Rise of China As a Superpower” explains these prophecies:

Revelation 16:12 and 9:16 show that in the end time, which is the age we now live in, a bloc of Asian nations called “the kings of the east” will have a combined military force of “200 million mounted troops” (New Living Translation). Such a vast force could only be assembled by including the massive population of China. This is one more solid proof that China is one of those “kings of the east.”

In light of such prophecies as these, and understanding the massive clash that it is leading to (Daniel 11:40-44), the significance of the current tensions between America and China becomes clear.

Not only will China rise as a military superpower, but other Bible prophecies indicate that one of its greatest weapons will be cyberwarfare.

Ezekiel 7 describes God’s punishment of the nations of Israel, mainly modern-day U.S. and Britain, because of rampant sin. (You can prove their identity by studying our free book The United States and Britain in Prophecy, by Herbert W. Armstrong.) Verse 14 says, “They have blown the trumpet, even to make all ready; but none goeth to the battle: for my wrath is upon all the multitude thereof.”

The trumpet for battle is blown, but no one responds! “Will it be because of a computer terrorist?” Trumpet editor in chief Gerald Flurry asked in his January 1995 Trumpet article. Reliance on technology and vulnerability to cyberattacks is “the Western world’s Achilles’ heel,” he wrote.

“We could lose the next war before we even begin,” Mr. Flurry warned again in the June 1999 Trumpet.

This is a chilling prospect, but it is exactly what is happening right now. Over and again reports of China stealing U.S. military secrets emerge. And the role that Chinese companies such as Huawei play in this is vital. China’s capability to fulfill Ezekiel 7 is being developed right now, and China won’t tolerate anyone getting in the middle of it.

To learn more about China’s rise and the formation of the end-time “kings of the east,” order a free copy of Russia and China in Prophecy.