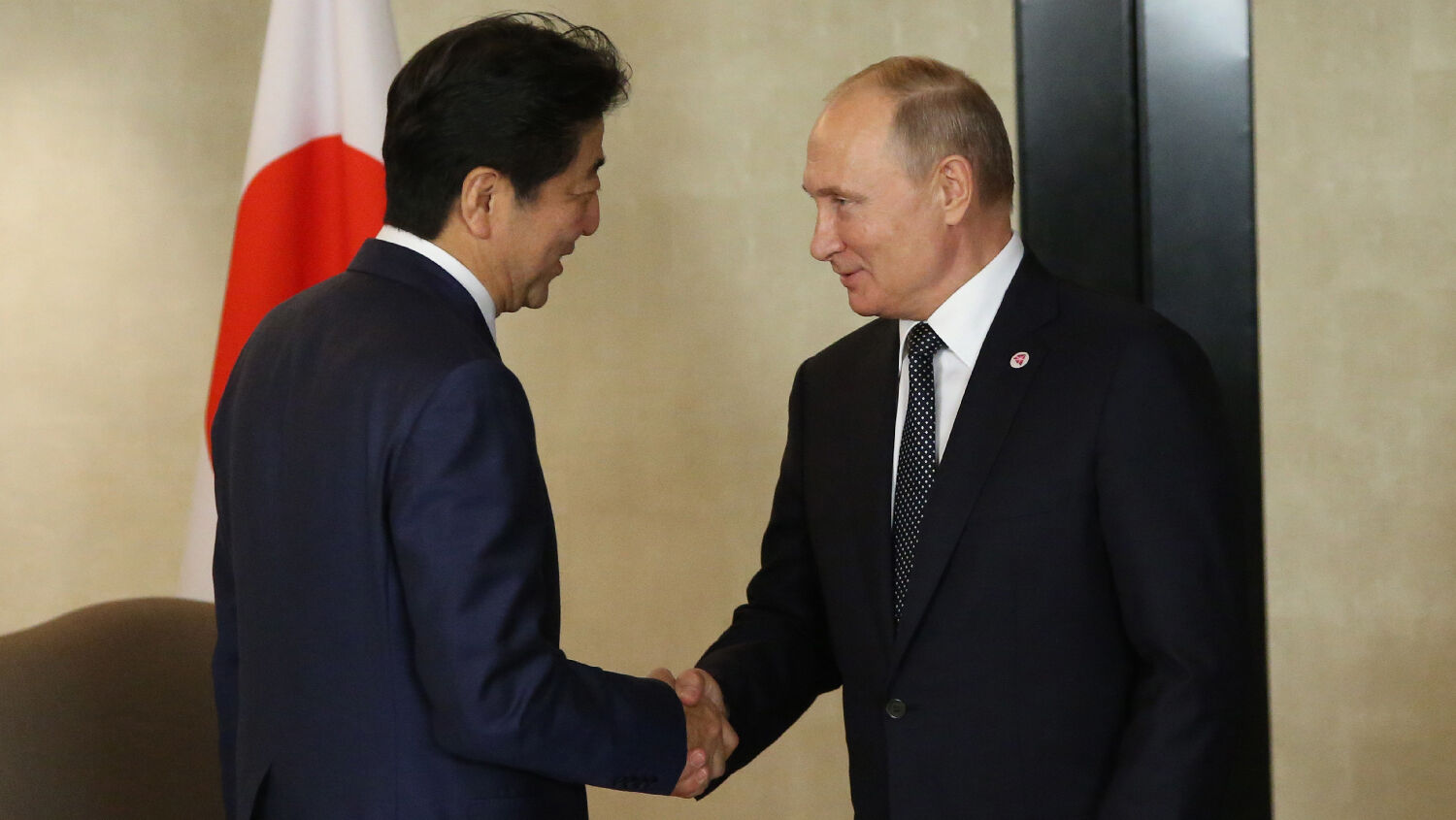 Russian President Vladimir Putin and Japanese Prime Minister Shinzō Abe met on the sidelines of the November 14 asean summit in Singapore, reportedly agreeing to accelerate negotiations to end a territorial dispute that has existed since World War ii.

The dispute is over ownership of the four Kuril Islands, or Northern Territories as they are called by the Japanese. This territorial dispute has severely hindered relations between Russia and Japan, the only two countries that have not officially ended World War ii.

Both Russia and Japan claim legal and historical rights to these strategic islands.

Japan had maintained control over the Kuril Islands for almost a century when the Soviet Union invaded on Aug. 9, 1945, five days before Japan’s unconditional surrender to the Allies in World War ii. The Soviets officially annexed the islands weeks later. They had been promised these islands by the Allied powers at the secret February 1945 Yalta Conference in exchange for their entrance in the war against Japan. The islands give Russia a strategically important corridor into the Pacific Ocean.

Japan contests Russia’s claims to the islands. Since the seizure, Japan and Russia have been unable to stabilize relations. These tensions increased before leading to a Joint Declaration in 1956. This stated that once the two nations had signed a peace treaty, Moscow would return two of the islands—Shikotan and Habomai—to Japanese control. This declaration appeared to Japan as Russian acknowledgment that Japan was the rightful owner. The provisions of the 1956 Declaration were not upheld, however, and the conditions for the return of the islands were not met.

That brings us to today. After more than 70 years, the dispute continues.

Several significant steps have been made this year, however, in an attempt to sign a peace treaty and normalize relations.

On September 12, Putin caught Abe by surprise when he expressed his desire to conclude a peace treaty by the end of the year, “without any preconditions.”

Abe appeared to first ignore and then reject Putin’s suggestion.

Recent reports, however, suggest that Japan may be changing its stance. On November 10, a leading Japanese newspaper, Mainichi, announced that Japan intended to speed up peace treaty negotiations based on the 1956 Joint Declaration.

The declaration “agrees to transfer to Japan the Habomai Islands and the Island of Shikotan … to take place after the conclusion of a peace treaty.” Japan’s agreement to continue peace treaty negotiations based on this declaration demonstrates its “two islands first” policy, leaving the fate of the two other islands to future talks.

Abe has announced that he intends to visit Moscow early next year in the hope of putting “an end” to the dispute through peace treaty talks.

However, as Kremlin spokesperson Dmitry Peskov told Russian News on November 18, “Can you say that this means an automatic return of some territories? Certainly not.”

Handing over the islands to Japan will not come easily for Russia. However, Putin may surprise everyone by giving up the two islands named in the 1956 Joint Declaration. Such a move is extremely risky. In 2016, 71 percent of Russians were opposed to this compromise, with 55 percent of respondents saying that their level of confidence in Putin would drop if Russia ceded the islands to Japan.

These recent events, with warming diplomatic ties, demonstrate another Japanese step toward the Russian camp, but the road ahead will be tough as peace talks continue.

However the tensions are eventually resolved, we know with absolute certainty that these two nations will eventually become part of a massive Asian alliance now forming. The Bible prophesies of this event, labeling the alliance “the kings of the east” (Revelation 16:12).

Ezekiel 38:2 specifies several of the nations that will form this alliance. The verse names Russia (“Gog”) as the leader of this Asian superpower, working together with China (“the land of Magog”). Verse 6 references Gomer and Togarmah, the ancient names for modern-day Japan.

These three nations—Russia, China and Japan—will combine their massive military might along with other Asian nations mentioned elsewhere in the Bible as part of this bloc. Revelation 9:16 states that they will field a combined army of 200 million men!

Our free booklet Russia and China in Prophecy explains:

To create such a bloc, China needs more than just Russia. As Stratfor wrote, “China and Russia, bound together into the tightest alliance, can change the regional balance in Eurasia but cannot affect the global balance …” (April 16, 2001). To be able to truly alter the global balance of power, this alliance likely needs Japan to add its technological prowess and naval might.

Such an alliance would have seemed all but impossible just a short time ago. But we’re seeing the trend shift in Asia. …

The prospect of the continued expansion of the EU … and the perceived weakening of U.S. global influence, is driving China and its Asian neighbors to position themselves as the next great global power bloc. Russia, China and Japan will likely combine in Asian alliances, with the ultimate intention of forcing the U.S. out of the Russian “sphere of influence” and out of the western Pacific. Then, as has been the strategy of the EU, Asian political and economic cooperation will ultimately progress to a military and security alliance. …

Watch for the East Asian alliances to develop economically and militarily.

This is exactly what we can see forming in Asia right now.

Although Russia and Japan have a long way to go in resolving their territorial dispute, the recent efforts toward a peace treaty are leading to the fulfillment of this “kings of the east” prophecy.

Continue to watch for relations between Russian and Japan to warm and for an Asian alliance to form, just as Bible prophecy describes.

To understand more on this topic, please order your free copy of Russia and China in Prophecy.