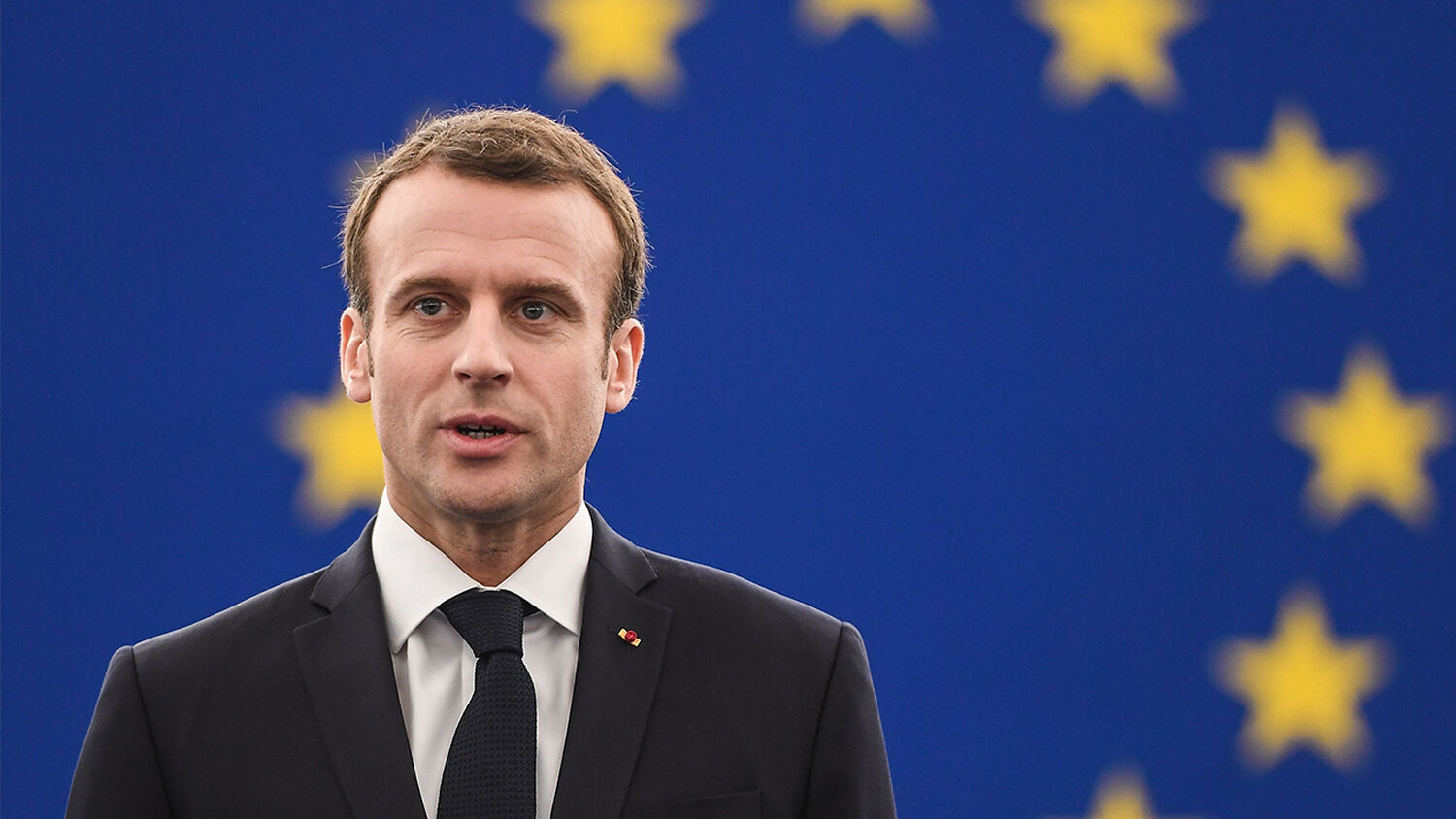 French President Emmanuel Macron arrives for a speech at the European Parliament on April 17 in Strasbourg.
FREDERICK FLORIN/AFP/Getty Images

‘We will not protect the Europeans unless we decide to have a true European army.’

Yesterday, French President Emmanuel Macron called for a “real European army.” The Times called it “his strongest language yet on the need for an independent defense force.” They’re right—typically leaders call for things like a “European defense initiative” rather than a straight-up army.

“We will not protect the Europeans unless we decide to have a true European army,” Mr. Macron said, while visiting the World War i battlefield of Verdun. “Faced with a Russia at our frontiers that has shown that she can be a threat, we need a Europe that defends itself better alone, without just depending on the United States.”

What he said about the United States was also remarkable:

You have authoritarian powers that are reemerging and rearming on the frontiers of Europe. We are being hit by attempted intrusions in cyberspace and multiple interventions in our democratic life. We have to protect ourselves with respect to China, Russia and even the United States of America.

The Times explained that Macron “implied that he was not talking about defending Europe militarily against the U.S. but against threats to peace emanating from its policies.” Nonetheless, grouping the U.S. with China and Russia is a remarkable statement. Europe is increasingly seeing the U.S. as an enemy.

He’s not the only one talking about a European army. Friedrich Merz is currently leading the race to succeed German Chancellor Angela Merkel as head of the Christian Democratic Union in Germany. This would presumably make him a contender to be Germany’s next chancellor. He is doing well in the polls and has the backing of senior party members.

On October 25, before Merkel announced that she would step down as leader of her party in December, Merz signed a letter alongside five other “leading German thinkers” that strongly supported an EU army. Europe, he said, should “work toward the goal of a common European army.”

This man could soon become chancellor of Germany—though there’s still a lot of uncertainty. But it’s clear that leaders in Europe’s most important nations are openly pushing for an EU military.

At the same time, Germany is talking about arming Europe with nuclear weapons. Germans have been discussing the subject extensively over the last two years. Currently, Germany is not a nuclear power and relies on an agreement with the United States for nuclear deterrence. But it is worried about relying on that agreement in the age of U.S. President Donald Trump. France is a nuclear power, and one proposed alternative is to make French nukes into European nukes.

In the latest issue of the German Council on Foreign Relations magazine, Michael Rühle, head of the Energy Security Unit in the nato Department for New Security Challenges, called for Germany to develop some kind of alternative nuclear weapon. Meanwhile, Bruno Tertrais, deputy director of the Paris Foundation for Strategic Research, discusses the same subject in the International Politics journal. He wrote that France could “station part of its arsenal (for example, 10 missiles) in Germany or Poland.”

“We do not know how the trans-Atlantic relationship will continue,” he concluded, “and that’s why it is time to have an open and honest discussion between European politicians and experts on the nuclear issue.”

One of our Trends articles on theTrumpet.com focuses on this important subject. It’s titled “Why the Trumpet Watches Europe’s Push Toward a Unified Military.” It goes through the many steps Europe has already taken toward this. Most of the Dutch Army is now under German command, serving in the German Army. Significant parts of the Czech and Romanian armies are in the same position.

Meanwhile, EU officials are working on an EU military headquarters and other initiatives designed to bring armies of Europe together. Several of these involve smaller groups of nations, rather than all 28 EU members, as it’s hard to get them all working together. The EU also has a border and coast guard force that will soon be wearing its own uniform and can deploy almost anywhere in Europe, even without the host nation’s permission.

Herbert W. Armstrong warned of this military union for decades. In May 1953, he wrote, “Ten powerful European nations will combine their forces.” In August 1978, he warned: “The Europeans are far more disturbed about their safety in relying on United States military power to protect them than Americans realize! …

This is what I wrote in that Trend article:

Mr. Armstrong based his prophecies on scriptures found in Daniel 2 and 7 and Revelation 13 and 17. These describe a European power made up of 10 nations or groups of nations that would appear in this end time.

Revelation 17:12, for example, describes “ten kings, which have received no kingdom as yet; but receive power as kings one hour with the beast.”

“The seventh head” of this beast power, he explained, “with its 10 horns, in the 17th chapter, will be, as the 17th chapter explains, the revival of the beast, the Roman Empire, ‘out of the bottomless pit’ by a ‘United States of Europe,’ or federation of 10 European nations centered within the bounds of the old Roman Empire.” …

This union of 10 kings is clearly a military union. The Bible says these kings shall “make war” (verse 14).

Many other passages warn of a great war-making power in this end time.”

Europe has huge, untapped military potential. A united military could quickly transform it into this prophesied military combine. To learn more about this power, and God’s plan for it, read that Trend article, “Why the Trumpet Watches Europe’s Push Toward a Unified Military.”