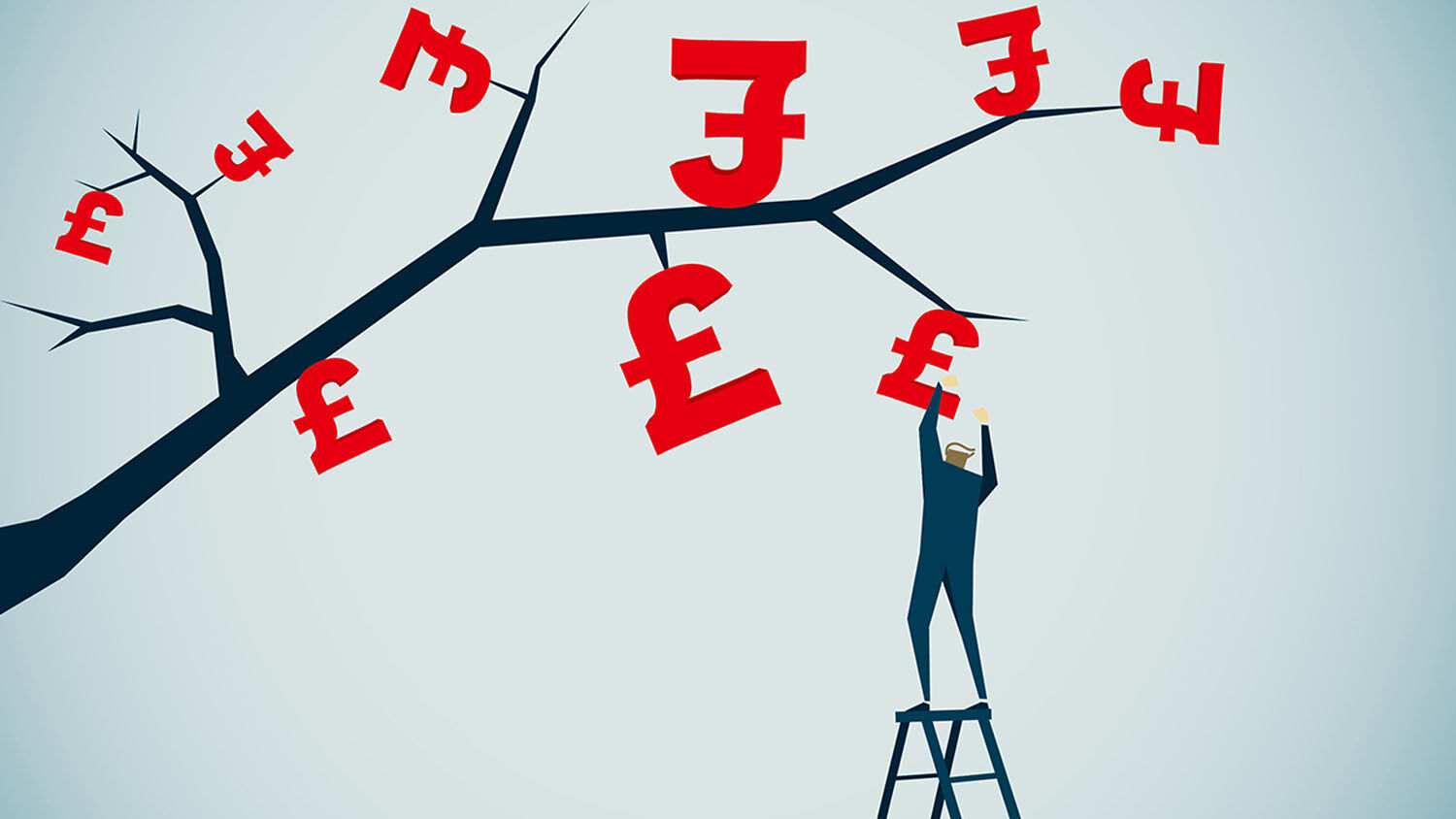 Is the end of austerity really good news?

It’s official: Britain has discovered a magic money tree. Last week in Parliament, Chancellor of the Exchequer Philip Hammond was bubbling over with the good news. He said: “Now we have reached a defining moment on this long, hard journey, opening a new chapter in our country’s economic history where we can look confidently to the future and set our course for where this remarkable country will go next. Because today, Mr. Deputy Speaker, I can report to the British people that their hard work is paying off, and the era of austerity is finally coming to an end.”

This announcement may seem like cause for celebration. It seems to indicate that Britain is out from under crushing debt, that after taking responsibility and putting in years of hard work, discipline and sacrifice, the British people and the British government have turned around their economy and are in a strong financial position.

But this isn’t true.

Britain is ending its austerity measures—while remaining in massive debt. Hammond’s announcement makes it sound like Britain’s debt problem is under control—when in fact, it is about to get much, much worse.

Since the Conservatives came to power in 2010, they have pretended to be getting the nation’s debts under control.

[T]hough this government has had to make some difficult decisions, we are making progress. We’re paying down Britain’s debts … doing what’s right for Britain in the long term. And over the next 2½ years, no matter how tough it gets, that is what we’ll continue to do.

But that wasn’t true. He wasn’t “paying down Britain’s debts.” Britain’s debt was growing each year. They were cutting the deficit. This sounds impressive, until you realize deficit is merely the amount by which the debt grows every year. The nation was like a debt-addled household announcing, “I have my debt under control—I borrowed slightly less money this year than I did last year.” That’s not solving the problem—it’s adding to it.

It’s pretty easy to tell that simply borrowing less money won’t get a household out of financial trouble. In order to solve the debt problem, they need to stop borrowing and start paying back what they already owe!

The same is true on a national scale. Debt doesn’t just disappear, no matter how hard you try to wish it away.

Too few media outlets report the truth of what has been happening in Britain’s era of austerity—and immediately before it.

In 1997, Britain’s Labour Party government came into power and dramatically expanded the government’s role in the economy and the lives of the people. For the fiscal year beginning in 1997, government spending was around £480 billion (adjusted for inflation), or us$637.8 billion. When Labour left office in 2010, it had exploded to £760 billion (more than $1 trillion). The government went from spending 36 percent of the nation’s income to 46 percent. Faced with Britain’s highest debt since the 1960s (when it was still paying off World War ii loans), the new Conservative government that replaced Labour in 2010 had to make cuts. By 2015, government spending had fallen slightly, to £740 billion. It’s still at roughly the same level today.

That’s it. That’s the “age of austerity”—a cut of £20 billion in annual government spending over the course of five years.

But now Britain is changing course. It’s not even going to pretend to be taking care of the debt.

The national debt, as a percentage of the economy, is at its highest level since the 1960s. The only reason it was so high then is that we were still paying off our war debt. Britain still has its largest non-war-related debt in history. But now it has ended austerity and the spending is about to ramp up even further.

Has Britain discovered some kind of magic money tree? How is it going to pay back the money it already owes if it keeps taking on more and more debt?

Allister Heath wrote about this magic money tree in the Telegraph:

Gone is the idea that the Treasury’s priority is to balance the books, better to prepare for the next inevitable downturn, or even to store up cash for Brexit. …

[I]t seems that there is, after all, a magic money tree, and that Mr. Hammond has discovered its existence even on Planet Tory. …

The size and scale of the increases from the chancellor formerly known as Spreadsheet Phil are jaw-dropping. Expenditure will shoot up by £11 billion next year and even more every single year after that.

There is funding for Universal Credit but the bulk will go to the nhs [National Health Service], of course: It will account for 90 percent of the total increase ordered by Hammond in five years’ time.

Notice that: 90 percent of the new magic money will go to the National Health Service. The nhs is the closest thing Britain has to a national religion. Like many religions, it requires financial sacrifices and pledges of adoration, but gives little in return.

Britain is happily following the United States down the path of never-ending debt. Trumpet executive editor Stephen Flurry wrote in the April 2018 Trumpet:

The United States is exploding its debt in a way never seen in its history. The nation has amassed large debts before, in times of war or recession. But generally it has paid much of its debt back after the nation has recovered. …

America is going into debt at an unprecedented rate, but what is even more alarming is that its leadership does not acknowledge that this is even a problem!

Now Britain is following in its footsteps.

It wasn’t always this way. Its financial system, including a commitment to pay back its debts, was once one of Britain’s strengths. In his book The Rise and Fall of the Great Powers, Paul Kennedy calls Britain’s ability to borrow money to fund its wars “decisive” in its series of victories over France. The nation borrowed to fund its wars: the Seven Years’ War, the American Revolution and the Napoleonic Wars required massive expenditures. But in peacetime, it put a priority on paying money back. Britain was able to borrow at roughly half the rate of France, while the weight of the French government’s debts caused it to collapse. It was following in the footsteps of the Spanish empire which, despite massive wealth from the New World, defaulted on its debts repeatedly.

Part of the reason for this heavy indebtedness is the moral decline of our nations. Mr. Flurry made clear in his article that this kind of debt is a moral issue:

We are a nation focused on instant gratification, selfishness and greed. This explains why the wealthiest nation in history is still borrowing astronomical amounts of money. If you want something you can’t afford, you charge it on your credit card. If you want government benefits the nation can’t afford, you vote for the politician who promises to borrow money to give you what you want. President Washington was deeply concerned about imposing a financial burden on the next generation. But who even considers what kind of burden we are placing on our future generations?

Living according to the spiritual principle of giving produces prosperity. Borrowing is about getting for self, regardless of the consequences. God says in Acts 20:35 that it is more blessed to give than receive. If you are giving, God says you will be blessed. If you are living within your means, saving, managing and preparing for the future and thinking about your children, then you will be blessed!

Psalm 37:21 says, “The wicked borrows, and cannot pay back, but the righteous is generous and gives” (Revised Standard Version).

As a nation, we have dug ourselves into a pit from which we will not escape, purely because of selfishness and greed.

It’s exactly the same thing in the United Kingdom. This isn’t really even the government’s fault—it is simply responding to how it is being pushed by the voters. This is what the people want: a government that promises to give them everything free, even if it means spending a ton of money it doesn’t have. After all, we have a money tree—right?

We face massive debt as a consequence of these foolish decisions. But the Bible gives us another reason for this massive debt. In Herbert W. Armstrong’s book The United States and Britain in Prophecy, you can read about how Britain and America today are the modern-day descendants of the ancient Israelite tribes Ephraim and Manasseh. God promised amazing blessings to these birthright nations of Israel, but He warned them that if they did not obey He would withhold those blessings.

If there ever was a “magic money tree,” this was it. God said that all these blessings “shall come on thee, and overtake thee” (Deuteronomy 28:2). But it was not magic. This was God pouring out blessings on our nations that we did not deserve, to fulfill His promises to Abraham, to show the world what blessings come to those who obey Him, and to give our countries the opportunity to lead the world to its Creator and to the provider of wealth, abundance, purpose, meaning and hope.

But we squandered that opportunity. Because the modern nations of ancient Israel have not obeyed God, the prophesied curses from the second part of Deuteronomy 28 are now coming upon us. In verse 44, financial curses are prophesied: Foreigners “shall lend to you, and you shall not lend to him. He shall be the head, and you shall be the tail.” This describes Britain and America today. God says that debt is a curse: It gives other nations power over you.

Britain’s and America’s reckless borrowing are paving the way for a collapse in the global financial system. In a July 22, 1984, co-worker letter, Herbert W. Armstrong wrote that a major banking crisis in America “could suddenly result in triggering European nations to unite as a new world power, larger than either the Soviet Union or the U.S.” This kind of massive financial crisis could be the catalyst for many more end-time prophecies to be fulfilled.

You can read much more about this by requesting your free copy of Mr. Armstrong’s The United States and Britain in Prophecy. Britain’s financial policies are sowing the seeds of its own destruction. Financial experts can tell you where runaway borrowing leads, but only our free book can give you the background of why all of this is happening, as well as the great hope that lies beyond the crises we are facing.