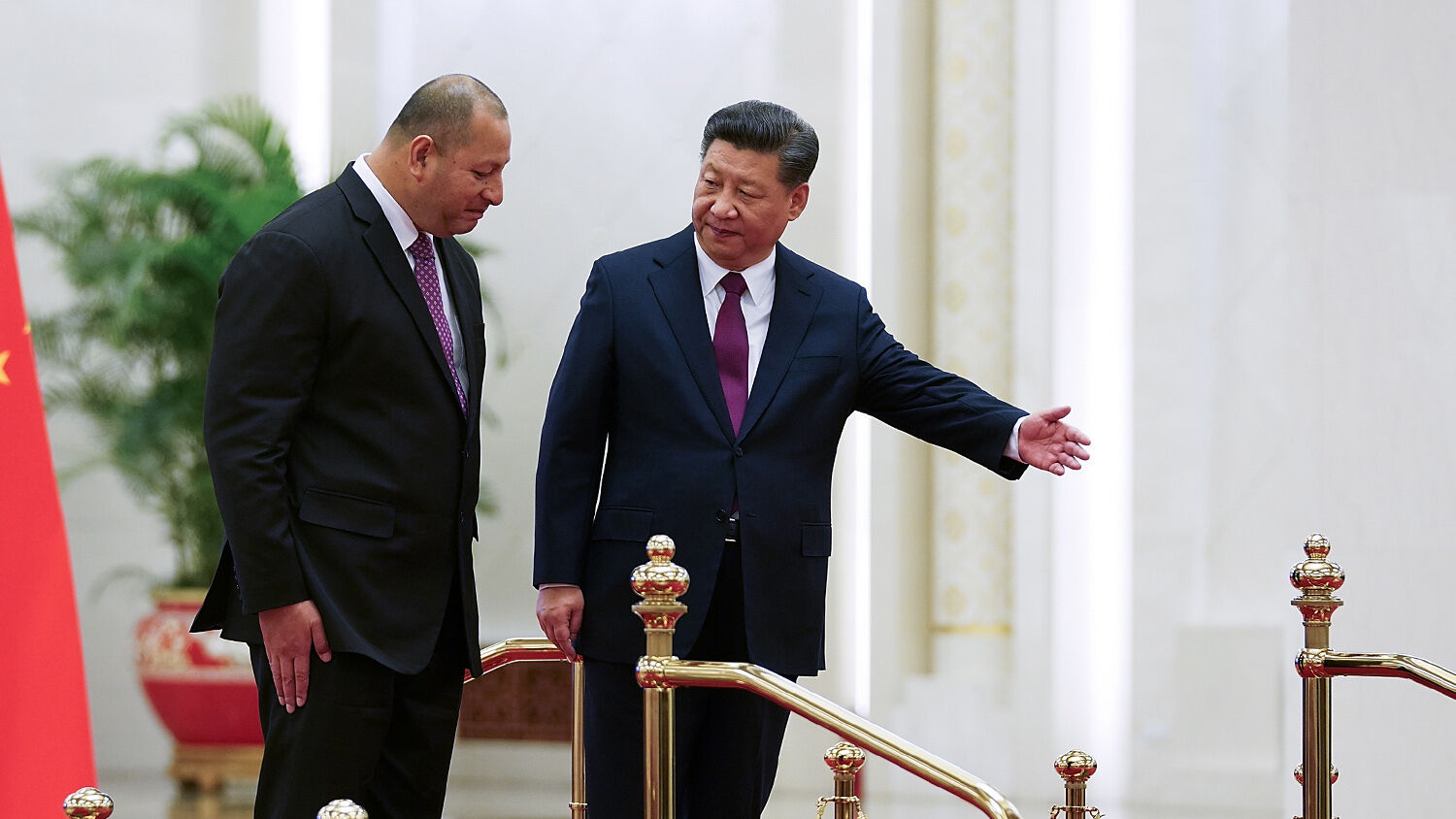 Chinese President Xi Jinping invites King Tupou VI to view an honour guard during a welcoming ceremony inside the Great Hall of the People on March 1, 2018 in Beijing, China.
Getty Images

Tongan Prime Minister ʻAkilisi Pōhiva warned that the nation is in “debt distress” on August 15, as its total loans from China have risen and now equate to more than a quarter of its gross domestic product.

The Kingdom of Tonga is a small country in the southwestern Pacific Ocean consisting of more than 170 islands. It now owes China $116 million, equivalent to more than the total goods and services generated over three months by the islands’ 109,000 inhabitants.

Tonga began official relations with China nearly 20 years ago on Nov. 2, 1998, as part of its “Look East Policy.” During the formal ceremony, the flag of Communist China was raised at the king’s palace in Tonga. Simultaneously, the Taiwanese Embassy, less than a mile away, lowered its national flag as relations between Tonga and Taiwan came to an end after 26 years.

China has steadily pressured other nations to recognize its supremacy over the free democracy of Taiwan. Three more nations have cut ties with Taiwan this year alone, and only 17 nations continue to recognize Taiwan. Several of them have indicated they could follow suit to appease China’s ruling Communist Party.

Much of Tonga’s huge debt to China began after the November 2006 riots in the central business district of its capital, Nuku’alofa. China continued to supply Tonga with millions of dollars in an effort to improve and stimulate its economy, and Tonga’s indebtedness to China only increased.

In March of this year, Tongan King Tupou vi visited Chinese President Xi Jinping and held talks aimed at improving Tongan-Chinese relations. He stated, “Tonga agrees with China on its vision to build a new type of international relations and stands ready to work with China to build a community with a shared future for mankind.”

Despite China’s claims to “never attach any political conditions to such assistance,” fears have risen in Tonga. With the country now in “debt distress,” many fear that this could lead to “debt colonialism,” widening China’s strategic aims in the South Pacific, particularly militarily.

Pōhiva has raised concern that China may seize Tongan assets if the country defaults on its repayments and has called for China to write off debts owed by Pacific Island nations.

Are Tonga’s fears legitimate? What has China done in the South Pacific so far?

Since 2006, China has given approximately $1.8 billion to South Pacific countries. And when these small nations have been unable to repay, it has used its leverage to advance its military goals.

We saw this happen in Sri Lanka. With the gift of more and more money and support to the Sri Lankan people came the increase of Chinese investment and influence, eventually enabling it to secure an interest in the strategically located country.

Another example is Vanuatu. With the aid of China’s $244 million, Vanuatu now possesses the largest wharf in the South Pacific, a wharf believed to be large enough to dock aircraft carriers.

Even if China declared that it would write off all of Tonga’s debt, it will not be without some benefit to China.

This is a pattern that the Trumpet has been warning about for years. Tonga is only next on the list as China continues its expansion—and it definitely won’t be the last.

Russia and China in Prophecy states: “China is the world’s hungry teenager. In order to fill these colossal cravings, Beijing has launched an extraordinary outreach program into the rest of the world. … Beijing is making a ‘resource grab’ wherever it can, creating economic alliances to fund its global ambitions of becoming a superpower.”

This trend is clearly prophesied throughout the Bible. We wrote in “Why the Trumpet Watches the Rise of China As a Superpower”:

Chapters 22 and 23 of Isaiah discuss a powerful “mart of nations” (Isaiah 23:3) that includes both European and Asian nations. Isaiah 23:1 shows that Chittim—an ancient name referring to modern China—is a major part of this economic alliance. …

These chapters in Isaiah, along with other Bible passages, make evident that this “mart of nations” will soon dominate global trade for a short period of time—at America’s expense.

These prophecies are why the Trumpet watches China’s rise so closely!

China’s influence throughout the world is prophesied to increase. Tonga will not be the last one on the list to fall under the control of this rising superpower.

To read more about this trend, order our free booklet Russia and China in Prophecy.