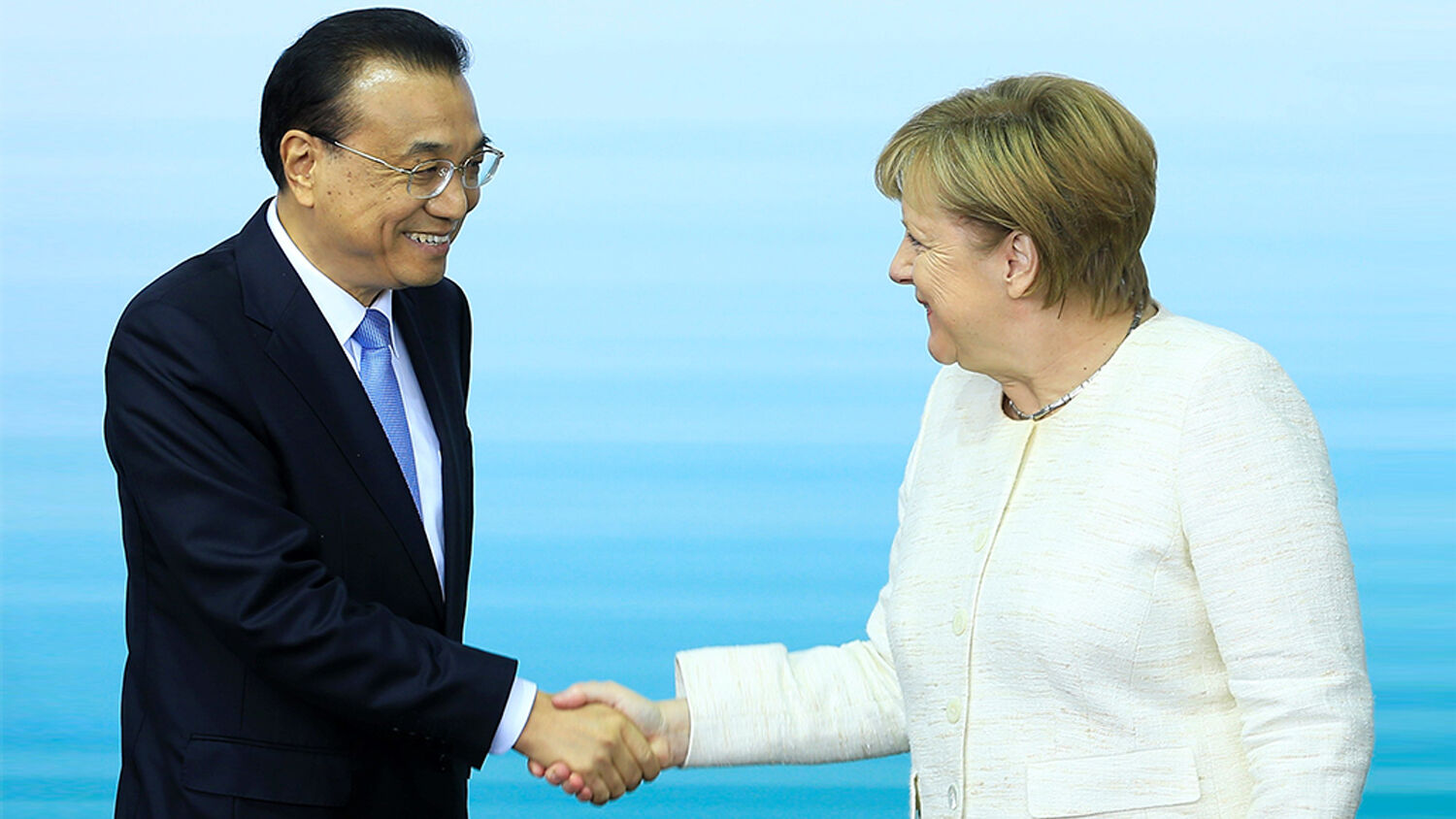 Although Europe does not fully trust China, trade war is forcing these unlikely partners closer together.

China is deepening its economic and diplomatic relationship with Germany to counteract pressure from United States tariffs. German Chancellor Angela Merkel and Chinese Premier Li Keqiang met on July 9 in Berlin, where business leaders from both countries signed $23.5 billion in deals.

Later that same day, China announced that it would free Liu Xia, a controversial political prisoner. Liu is the widow of one of China’s most famous dissident writers and human rights activists, Liu Xiaobo. Ms. Liu’s husband, a Nobel Peace Prize-winning author, was arrested in 2009 and sentenced to 11 years in prison on the charge of subversion. He died of cancer in prison a year ago. Ms. Liu has been under house arrest in China since 2010 because of her husband’s criticism of the Chinese government.

China insists that Liu’s release has nothing to do with the Berlin meeting, despite the fact that the news broke only a few hours after the meeting. China’s official position is that she is traveling to Europe for medical treatment. However, a former German ambassador to China told the New York Times that releasing Ms. Liu is a Chinese “gesture toward [its] most important partner in Europe,” Germany. During Merkel’s visit to China on May 24–25, she asked Chinese President Xi Jinping to release Ms. Liu. It appears that the Chinese government did as Merkel asked, even though it officially denies it.

Why would China make such a gesture? Perhaps because it is feeling the heat from the trade war. U.S. President Donald Trump ramped up the tariff dispute this week by announcing a 10 percent tariff on $200 billion of Chinese goods. The new tariff is designed to “inflict as much pain on the Chinese economy as possible,” Geopolitical Futures wrote. China doesn’t import enough from the U.S. to impose similar tariffs, so it will have to strike back at America through other means.

President Trump has increased the tariffs even faster than China expected. Geopolitical Futures continued: “To ease the pressure from the U.S., Chinese leaders are looking far and wide for help from some friends.” China hopes that Europe, which is also being hit with American tariffs, will side with China against the U.S. Although Europe does not trust China and fears its increasing global influence, the burgeoning trade war is forcing these unlikely partners closer together.

China is already Germany’s largest trade partner. Last year, Germany exported $97.6 billion in goods to China. Germany was China’s sixth-largest export partner in 2017. During the July 9 meeting in Berlin, top German companies including Volkswagen and bmw signed investment contracts with China. These contracts include plans to produce electric cars with Chinese companies and move some automobile production facilities from the U.S. to China. PJ Media called these deals “a gigantic vote of confidence” in China.

Germany’s economy relies heavily on automobile exports. Facing U.S. tariffs on German cars, Germany is looking for other markets. In China, it sees a rapidly expanding potential market. Last year, Chinese car buyers accounted for a large percentage of German car sales worldwide: half of Volkswagen’s worldwide sales and more than a third of worldwide sales for Audi, bmw, Mercedes-Benz and Porsche. bmw plans to move some of its U.S. manufacturing plants to China, allowing the company to avoid U.S. tariffs and be closer to the potential Chinese market. China welcomes the new industry.

Neither power entirely trusts the other, but trade war with the U.S. is pushing them to join forces. German newspaper Die Welt summed up the tension in the relationship between these two powers as a “tightrope walk.”

China is courting German favor with these business deals and the release of Ms. Liu. And Germany is reciprocating. That is bad news for the U.S. As PJ Media wrote, “[T]he German-Chinese realignment is a warning that not everything would go America’s way if things get nasty.”

This ties in with what Trumpet editor in chief Gerald Flurry explained in “Saving America From the Radical Left—Temporarily.” Right now, America is undergoing a brief resurgence in power and strength, but the resurgence is only temporary. The trade war could easily backfire on President Trump, causing nations like Germany and China to band together against America and freeze the U.S. out economically. Isaiah 23 prophesies of such an alliance—a “mart,” or economic bloc, of nations including German-led Europe and China.

The Prophet Isaiah forecast a massive global trade network in the end time and said it would revolve around a German-led European superstate. You can study this prophecy in Isaiah 22 and 23. In Isaiah 23:1, China is called by its ancient name, Chittim. The same verse calls the German-dominated European combine Tyre, which was a major economic power extant at the time the prophecy was written.

We are seeing this happening now! German-Foreign-Policy.com wrote that the recent Germany-China business deals “[lessen] the significance of the United States” on the world economic scene. Once Europe and China form an alliance, they will exclude the U.S.

Now that the world is in a full-blown trade war, China is realizing that the only way it can defeat America is by allying with Europe. With that realization, China is now courting Germany’s favor to form a trade bloc that can exclude the United States, in direct fulfillment of Bible prophecy.

To learn more about the significance of China and Germany’s coming economic alliance, please read “Trade Wars Have Begun.”