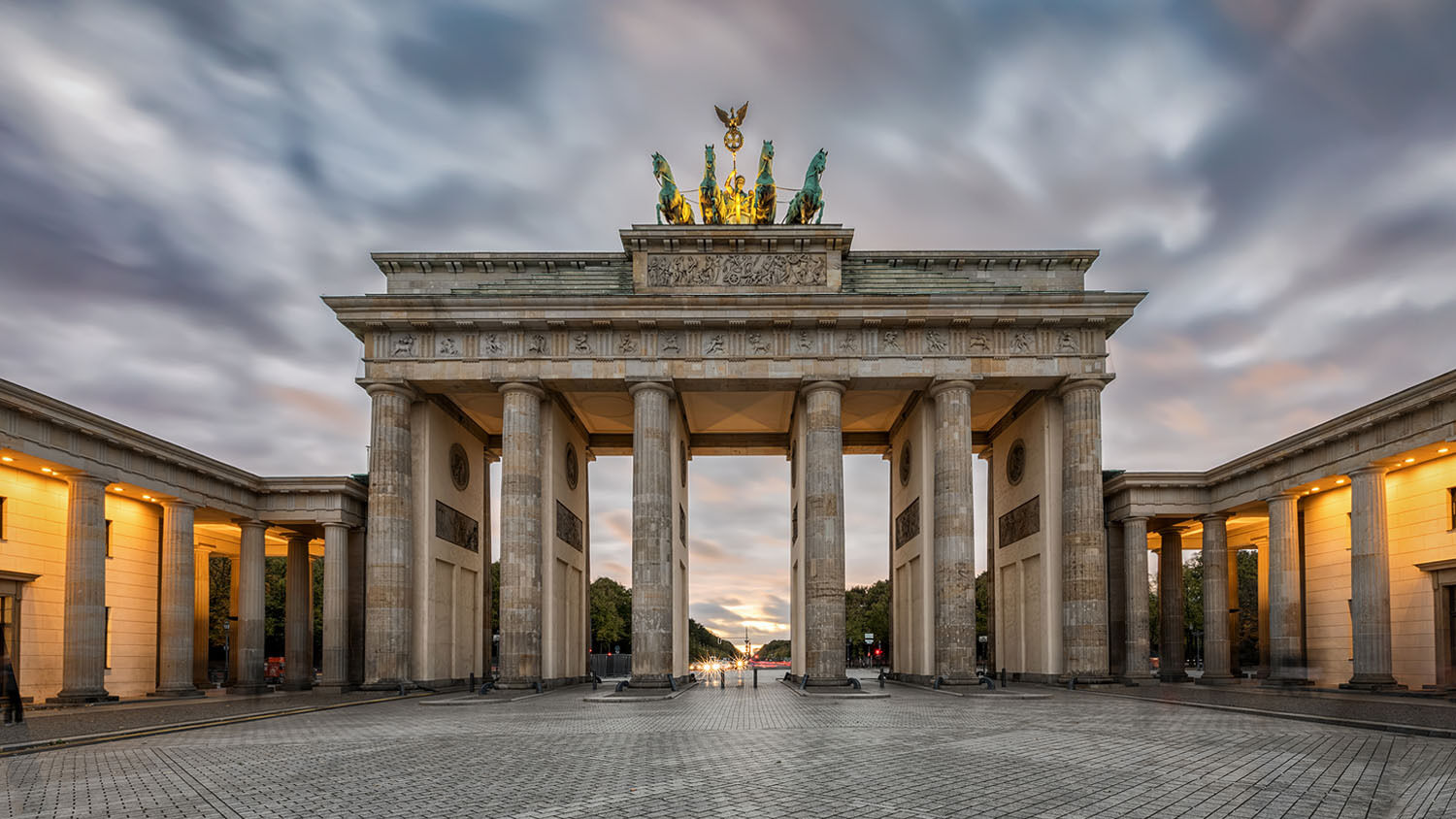 Each fresh assault on her leadership leaves the German chancellor a little weaker.

German Chancellor Angela Merkel narrowly avoided the collapse of her government last week. On the evening of July 2, the chancellor came to an agreement with her rebel Interior Minister Horst Seehofer, who had threatened to resign if Merkel didn’t enact stricter border controls in Germany.

After hours of negotiations, Merkel and Seehofer agreed on a deal that lets both parties claim victory. According to the agreement, Germany will establish “transit zones” on its southern border. Migrants who enter these zones will not technically be considered to be on German soil until after they have passed border checks. Those who have already claimed asylum in another EU nation will be detained and deported to the nation where they first claimed asylum. Migrants who have made no previous asylum claims will be allowed to seek refuge in Germany.

The Merkel-Seehofer deal has staved off the worst of Germany’s government crisis, for now. However, the deal is only a temporary solution.

Last weekend’s dispute arose over another disagreement about refugee policies, one of the most serious issues Merkel has faced as chancellor. In 2015, at the height of the migrant crisis in Europe, Chancellor Merkel opened German borders to a flood of refugees to prevent a humanitarian crisis. Germany was subsequently overrun with refugees. Many Germans, including her own interior minister, are now unhappy with her migrant policies.

Seehofer and his party, the Christian Social Union (csu), wanted to close Germany’s borders to prevent a relapse of the migrant crisis. In mid-June, the csu gave Merkel a two-week ultimatum, threatening to close the borders without her permission.

Merkel desperately wanted to avoid caving in to the csu’s demands. She feared that turning migrants away at the German border would create a domino effect that would destroy free travel in the Schengen Area. Subsequent events have shown that she was probably right. Austria has said that if Germany shuts its borders, Austria will too. Italy and other nations are also ready to follow suit. One European diplomat told Politico that a “domino effect at this point seems quite likely.”

While the German chancellor seems to have successfully navigated this situation, the crisis is not over yet. The deal must be approved by the Social Democratic Party (spd), the third party in Merkel’s weak coalition. The spd has shot down proposals like this before. If the spd refuses to back the plan, Merkel will be back at square one.

Another big problem with the plan is that in order for Germany to deport migrants, other nations must be willing to take them back. However, several key EU nations flatly refuse to readmit migrants. As Berlin Policy Journal wrote, “Merkel’s deals with both EU leaders and the csu depend on voluntary support from member-states that don’t want to give it.”

After a two-day EU summit about the migrant crisis on June 28–29, Merkel announced that she had negotiated a deal with 14 EU member nations, only half the current membership. These nations agreed (in principle) to take back migrants who registered first in their countries. However, according to the deal, Germany can’t send a single migrant to any nation without that nation’s approval.

So far, only Spain and Greece have made individual agreements with Germany to take back migrants. None of the other EU nations have been willing to back up their words with action.

Crucially, both Austria and Italy have refused. Italy is one of the main entry points into Europe for migrants. The migrant crisis has already sparked a political shift in Italy toward right-wing parties that oppose unchecked immigration. Italian Interior Minister Matteo Salvini, head of the far-right Lega party, is turning away refugee boats from the Italian coasts. Salvini and the Italian government are unlikely to agree to a policy that leaves them with thousands more dispossessed people to deal with.

Austria is another worry for Merkel. The Austrian government released a statement saying that if the German government adopts Merkel’s plan, Austria will close its own southern border: “Should this agreement become the German government’s position, we see that as prompting us to take action to prevent negative consequences for Austria and its population. The Austrian government is therefore prepared to take measures for the protection of our southern border in particular.” Austria borders Italy and Slovenia on its south, two countries that do not want to deal with more migrants.

Merkel’s fragile coalition government has already weathered several storms in its four-month existence. Now she has made an agreement that merely kicks the can down the road instead of solving the actual problems. Each fresh assault on her leadership leaves Merkel’s position a little weaker, although she still holds on. But how many more crises like this can she weather before she loses her place at the helm of Germany? Although this deal gets Merkel out of immediate danger, it also leaves her severely weakened. This situation could open the way for stronger leadership to emerge in Germany.

Politico wrote: “The dispute illustrated the degree to which many in Merkel’s alliance, including a sizable number of Christian Democrats, are unhappy with her leadership. … While Merkel survived, she suffered another close call, underscoring her vulnerability. What’s more, her harshest internal critics will remain” (emphasis added throughout).

The Financial Times wrote: “Increasingly, the chancellor looks a fading beacon of the postwar order, unable to respond strategically to the many challenges facing her and what she stands for—even if tactically she is capable of muddling through.”

Berlin Policy Journal noted: “Angela Merkel’s power is waning. … [S]he is a diminished figure. Her party rallied to support her during the csu’s attacks, but her authority is no longer absolute. It seems only a matter of time before an ambitious challenger overtakes her or, preempting such a move, she stands down in Berlin.”

Take note of that statement: Berlin Policy Journal predicts that there could be an “ambitious challenger” who will unseat Merkel and take the lead of the EU. That statement is particularly interesting in light of what the Trumpet has been predicting for more than two decades.

Prophecy shows that there will be a political challenger in Germany, a strongman who will take the lead in Europe and provide the solutions that unhappy Germans are looking for. Daniel 8 says that this leader will come to power through undemocratic means. He will be the head of the king of the north, or German-led Europe. The Prophet Daniel calls this leader a “king,” or an autocratic ruler.

Trumpet editor in chief Gerald Flurry wrote in 2002, “This man doesn’t come to power the honorable way—by being voted into office. He takes it dishonorably! He will work behind the scenes and come to power by flatteries—not votes!” In a 2009 Key of David program, Mr. Flurry predicted that this man could arise by “[taking] advantage of a weak coalition” like Germany has today.

The political situation in Germany right now is ripe for the prophesied strongman to rise. As Mr. Flurry wrote in 2015, “Europe’s greatest need right now is leadership.”

Germany’s government has been in place for just three months, and it’s already engulfed in a storm. If Ms. Merkel stays afloat, how long until the next one hits? And the next? How long until one finally sinks her?

This flare-up began only last Monday. The political weather in Germany is changing fast. …

This government went from calm to storm in just a week. Even if the seas calm again, the next storm is only a matter of time.

The seas are calming, but Merkel is not out of danger yet. It remains to be seen if her EU agreement actually works. It also remains to be seen how long the chancellor can hold on to her position, which is becoming more and more shaky with every crisis.

To understand more about how the migrant crisis is leading to political upheaval and the rise of a German strongman, read “Germany, Migrants and the Big Lie.” To learn more about what the Bible says regarding the strongman who is prophesied to emerge in Europe, read A Strong German Leader Is Imminent, by Gerald Flurry.