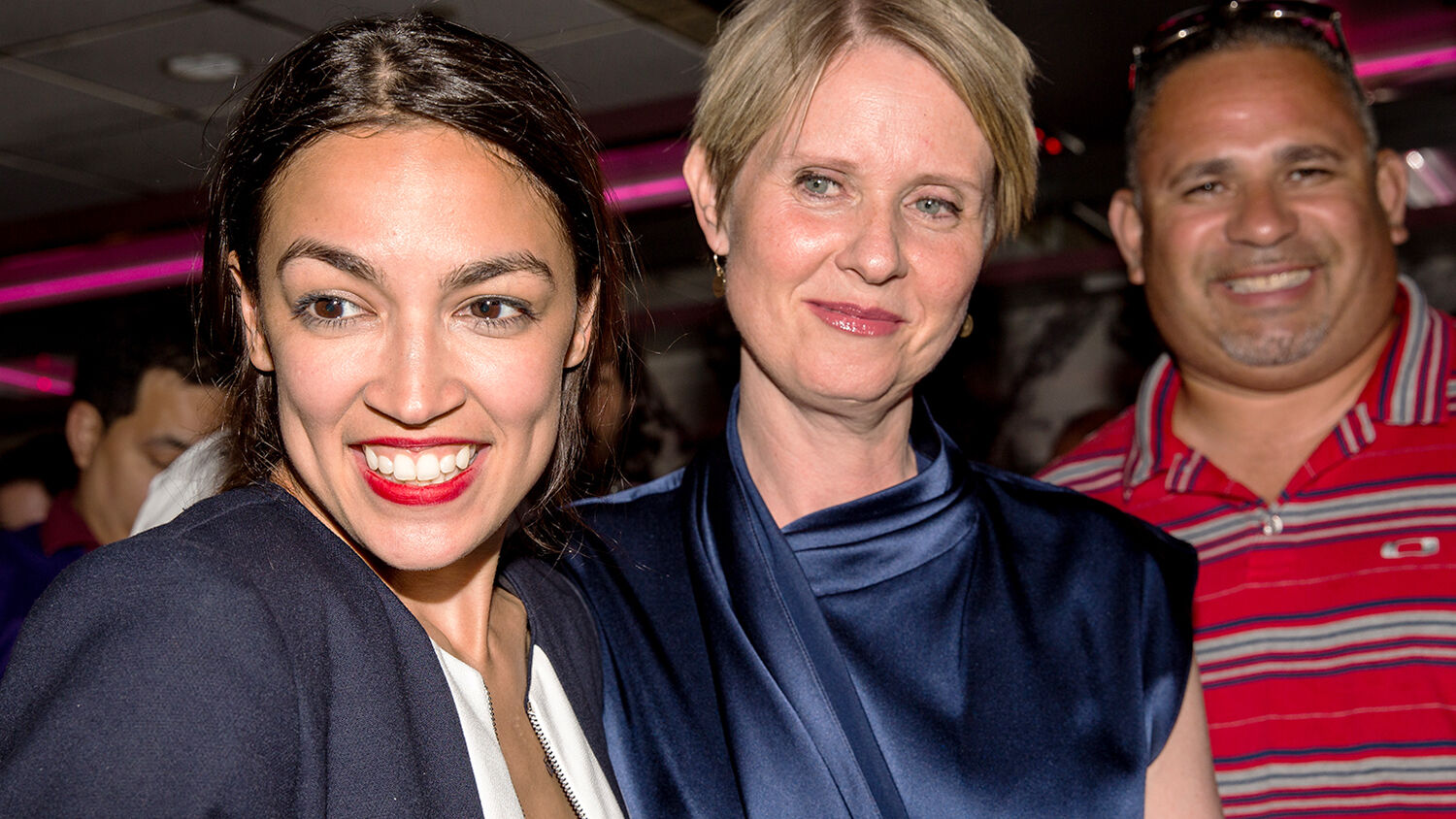 Election results reveal the true colors of the Democratic Party.

After Cortez’s victory drew national attention, people began asking: Who is she and where did she come from? She is a 28-year-old half Puerto Rican former waitress who studied economics and international relations at Boston University. She began her political career supporting Sen. Bernie Sanders’s presidential campaign in 2016. She started her own campaign last year while paying off student loans and working at a restaurant.

Her campaign promises include universal health care, jobs for every American, and the abolition of the U.S. Immigration and Customs Enforcement agency. Cortez is an avid people-powered campaigner, rejecting corporate money and support. She would rather win over the masses than pinpoint the few who can buy influence.

When asked about socialism, she told Vogue: “It is about direct representation and people actually having power and stake over their economic and social wellness at the end of the day. To me, what socialism means is to guarantee a basic level of dignity.”

Arguably the most interesting aspect of Cortez’s portfolio is her membership in the Democratic Socialists of America. This organization was founded in 1982 when an offshoot of the Socialist Party of America merged with the New American Movement. It opposes the free market and says that “the whole economy should be centrally planned.”

By calling for such a command economy, Cortez is fostering a dangerous trend.

An Investor’s Business Daily article pointed out how Cortez’s victory underscores the fact that the “Democratic Party is no longer a party of moderation, but a party of the extreme left. And it’s moving ever faster and farther leftward with each election cycle.”

The American Culture and Faith Institute conducted a survey suggesting that 4 in 10 Americans believe they would prefer socialism to capitalism. The majority of socialism’s supporters are from the younger generation, with 52 percent of millennials polled saying they would prefer socialism to capitalism. Since millennials make up over 20 percent of the country’s population, up to 35 million people may want to try out a socialist government.

Another article by Investor’s Business Daily stated: “Sadly, a mere 28 years after the collapse of communism, a new generation of youth not then born or too young to understand it see that epochal event as ancient history, irrelevant to their new understanding of the world. They do not understand that the toppling of communism wasn’t merely a repudiation of the gerontocratic rulers of communism, but of the very idea of socialism.”

A new generation thinks that democratic socialism will be different from communism. But without the checks and balances of a constitutional republic to limit government power, socialist regimes always turn tyrannical. The difference between democratic socialism and authoritarian socialism is the difference between a mob voting for the seizure of private property and a dictator—elected by that mob—ordering the seizure of private property.

The 1998 election of Hugo Chávez as president of Venezuela is a classic example of how democratic socialism leads to authoritarian socialism. Although Chávez came to power with the legitimate support of a majority of Venezuelans, he was able to reinvent himself as an authoritarian dictator once the levers of power were in his hands.

Cortez’s victory reveals that many Americans believe socialist ideals will solve the nation’s problems. If they knew the history of Cambodia, China, Cuba, East Germany, Laos, Nicaragua, Venezuela, Vietnam and Zimbabwe, they would know that democratic socialism is merely a stepping-stone on the path to authoritarian communism.

“Socialism and communism are alike in fundamental ways,” Trumpet editor in chief Gerald Flurry writes in Great Again. “Both say the centralized government—or ‘the public’—should own and control production, rather than individual business owners. Both call for centralized planning and control, which make for powerful governments that are highly susceptible to corruption. Socialism is considered the transition stage from capitalism to communism; in some cases, it is a less radical version that might eventually ‘mature’ into communism.”

Modern proponents of socialism downplay its subversive goals, but a centrally planned economy cannot be established in the United States until its constitutional form of government is overthrown. This is why socialists aim to destroy America’s current system of government and replace it with another. This strategy can only lead to violent revolution.