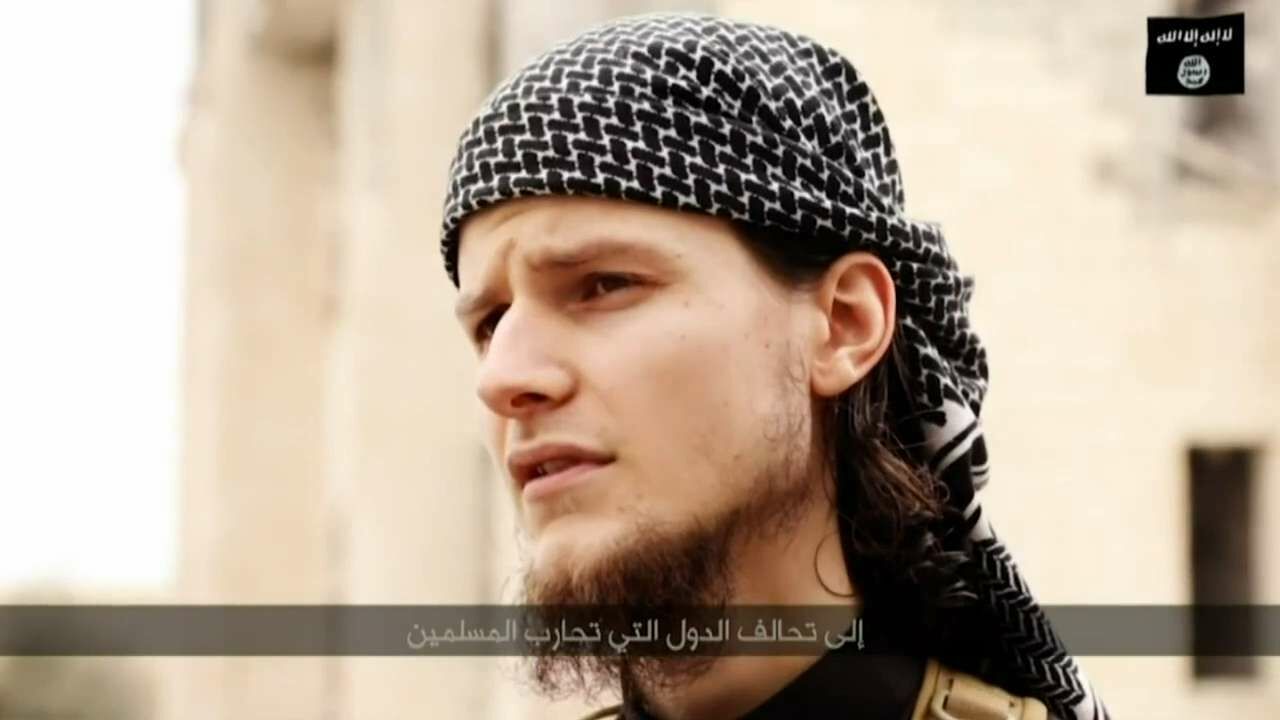 An image from a video produced by the Islamic State features John Maguire, an Ottawa man who converted to Islam and joined Islamic State.

Trudeau administration wages an aggressive campaign to ‘support’ and ‘open up dialogue’ with returning terrorists.

Around 190 Canadians have left their country to fight for the Islamic State and other Islamic terrorist groups. And they might receive a warm welcome if they get homesick. According to documents obtained by Global News in May, the administration of Prime Minister Justin Trudeau believes these terrorists have a “right to return” to Canada.

A brief prepared for Canadian Public Safety Minister Ralph Goodale reveals that not only does the Trudeau administration believe these terrorists have a “right to return,” but the government believes it must facilitate their re-assimilation into Canadian society. The brief asserts that while returnees may have broken laws by participating in international terrorism, they “may now be disillusioned with the cause” and no longer pose a threat to society. The document also maintains that because they may lack evidence to bring charges against defectors, the government must “mitigate the threat through efforts outside the justice system.”

This multidepartment bureaucratic behemoth partners with the Royal Canadian Mounted Police in an aggressive campaign to “support” and “open up dialogue” with returning terrorists and their families. Approximately 60 terrorists have already returned to Canada, in addition to the 190 still fighting abroad in places like Syria and Iraq.

Trudeau was criticized for his stance on the issue when he recently compared the return of Islamic State operatives to the settlement of Italian families in Montreal after World War ii. It was recently revealed that his government also altered intelligence documents that warned of the chemical weapons threat posed by returning Islamic State members.

Trudeau’s administration believes it is important to devote significant time, money and political capital to coddle admittedly “high-risk” jihadists who have declared war on Western values (including liberalism), to compare them to post-war Italian families, to censor intelligence documents, to attract inevitable controversy, and to subject his fellow Canadians to whatever these Islamic extremists might choose to do to them—instead of just allowing the normal procedure of arresting, trying and punishing deadly international terrorists to proceed. This appears to be worth it for Trudeau to gain credibility as a progressive who will stop at almost nothing.

Faint of heart. Canada’s current government and its people are faint of heart: uncertain of their own purpose and cause, unwilling to stand up against evil, unable to promote anything but extreme “tolerance.”

“Faint of heart” is how the Bible describes the moral condition of modern Canada and other nations that descended from ancient Israel. Leviticus 26 prophesies of the consequences Israel’s descendants will face for failing to believe, obey and stand up for what is moral and right: God’s law. God specifically warns that if the people indulge in rank immorality, terror will reign over them. God also promises to break the pride of their power. The Canadian nation—having lost its faith, its obedience, its purpose and its power—now finds itself seeking to cajole its enemies into loving it. This method will fail and the body count will rise, until they are fleeing even when no one pursues them (verse 17.)

But Leviticus 26 doesn’t end with these prophesied curses, which are now coming to pass in Canada and elsewhere. God also promises that when the modern descendants of Israel accept their punishment and turn to Him in a spirit of humility, belief and obedience, He will respond with enormous blessings. To learn more about Canada’s future, both immediate and long-term, read our free book The United States and Britain in Prophecy, by Herbert W. Armstrong.