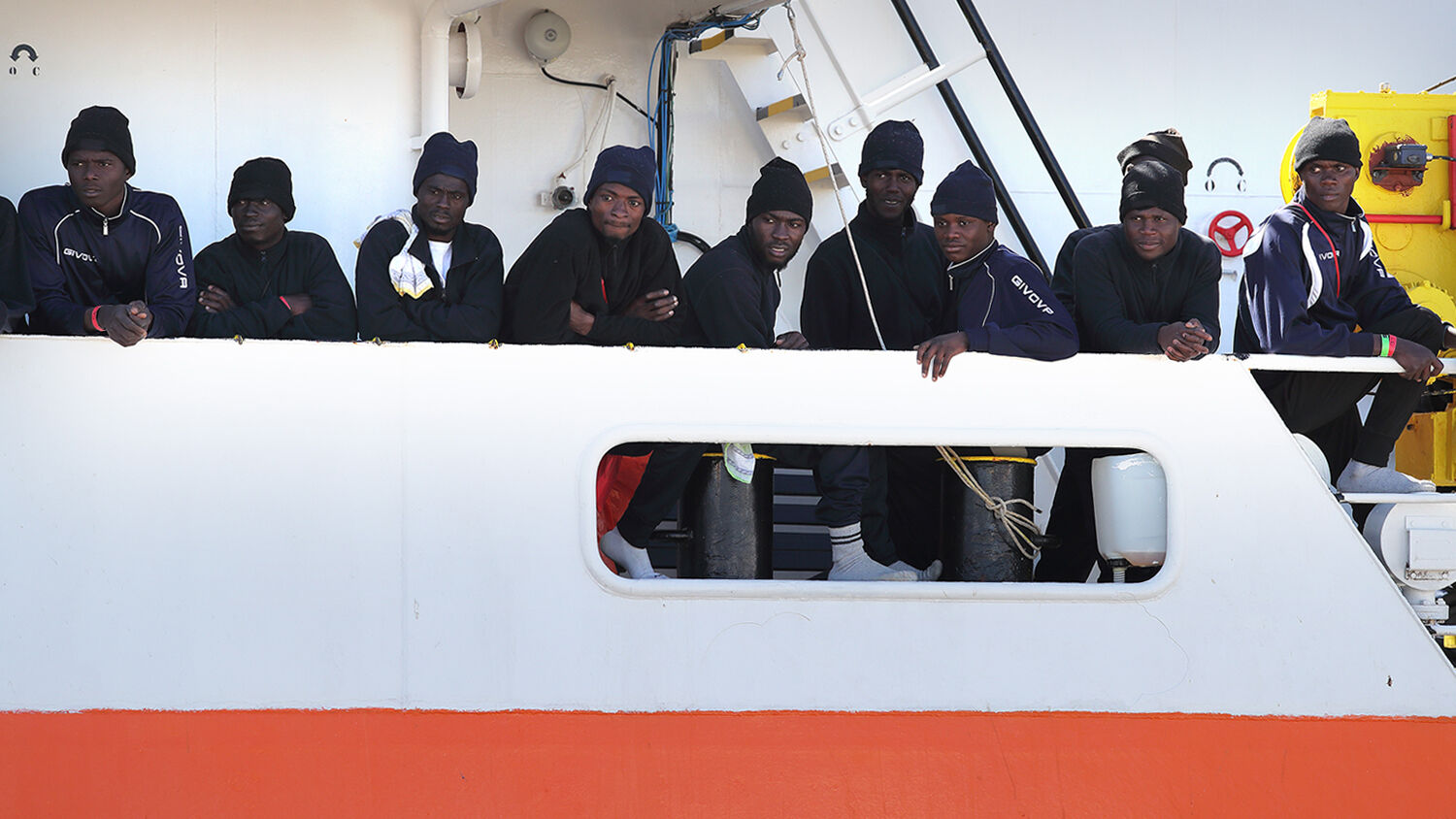 Refugees aboard the Aquarius
Getty Images

Meanwhile, Austria calls for an ‘axis of willing nations’ to ally against migration.

Italy refused to allow a ship carrying more than 600 refugees to dock in any of its ports on June 10. This decision returned the European refugee crisis to the limelight. France quickly denounced Italy for closing its ports to the migrants. The ship, the Aquarius, remained in limbo for several days as Europe squabbled over who should take responsibility for the refugees. The situation highlighted the disunity in the European Union—and Europe’s growing desire for strong leadership.

According to EU law, refugees must apply for asylum in the first European country they enter. This law applies pressure to Italy and Greece, where most migrants land. These countries’ economies are already struggling. Even with help from other nations, they do not have the resources to deal with the incoming refugees. Around 120,000 refugees entered Italy via the Mediterranean last year. The Italian government estimated that the cost of rescuing and caring for these refugees was €4.2 billion (us$4.9 billion). Others put the cost far higher.

Italy is only refusing entry to refugees brought in by nongovernmental organizations (ngos). During the Aquarius dispute, an Italian Navy ship brought 970 migrants into Italy. Italy says that it will continue to refuse ngo ships access to its ports. Matteo Salvini, the leader of Italy’s Lega party and the country’s new interior minister, wants the government to take even stronger action against migrants. He said last week that Italy “cannot be Europe’s refugee camp.”

French President Emmanuel Macron condemned Italy’s decision. He called it “cynical and irresponsible” to refuse the Aquarius entry. He accused Italy’s new government of “political exploitation,” saying it was going against EU policy. He even said the country might have violated international maritime law.

According to the Financial Times, Macron told his cabinet ministers, “If French coasts were a boat’s nearest shores, it would be able to dock.” Despite his words, Macron didn’t display willingness to take in the migrants. So Italy accused Macron of hypocrisy. The leader of Italy’s Five Star Movement, Luigi Di Maio, said that if France were so concerned about the issue, “they should open their ports and we will send a few people to France.”

Even Pope Francis weighed in. During a Vatican conference about migration on June 13, the pope encouraged European countries to work together to solve the crisis. He said they needed a change of mindset, from considering migrants as a threat to “valuing them as persons whose life experience and values can contribute greatly to the enrichment of our society.”

In an attempt to mollify Italy, Macron said in a statement that “none of his comments were intended to offend Italy and the Italian people.” Then on June 14, France’s European Affairs minister admitted that “Europe must do more and must do better to help Italy.” France and Italy disagree about what “doing more” actually means.

Eventually, Spain volunteered to take in the Aquarius and its more than 600 stranded migrants, though Spanish Prime Minister Pedro Sanchez’s announcement on June 11 offered Italy a thinly veiled rebuke. He said that it was Spain’s duty “to help avoid a humanitarian catastrophe.” He also said that Spain is “[offering] ‘a safe harbor’ to these people, thus complying with obligations of international law” (emphasis added throughout). Spain’s government is much more pro-migrant than the new Italian coalition.

German Chancellor Angela Merkel said this month that unless the EU can figure out a solution for the refugee crisis that everyone agrees on, then the “foundations of the EU” are at stake. She might be right.

Relations between France and Italy remain stilted. The French and Italian economic ministers were set to have a conference on June 13, but they postponed it because of the Aquarius dispute. There were even suggestions that Macron and Italian Prime Minister Giuseppe Conte should postpone a meeting they had scheduled for June 15. Salvini said that unless France officially apologized, Italy would be justified in canceling the meeting. However, Macron encouraged Italy not to “give in to emotions that some people were manipulating.” The meeting went ahead as planned.

Others disagree. Merkel is one of the loudest opponents of anti-migrant policies, but she faced serious dissent within her own cabinet over the migrant crisis this week. Many Germans don’t like Merkel’s refugee policies. Politico reported a recent poll showing that more than two thirds of Germans think the government should turn some refugees away at the border, an idea that Merkel opposes. According to the poll, more than half of Germans think Merkel has not handled the refugee crisis correctly. Merkel’s interior minister, Horst Seehofer, who once called her refugee policy a “capitulation,” clearly agrees.

So does Austrian Chancellor Sebastian Kurz. Kurz met with Seehofer on June 13. According to the bbc, ”[T]he two said they had reached an agreement with Italy on a strategy to combat illegal immigration.” Kurz called for “an axis of the willing … to fight illegal migration.” He told reporters after the meeting, “I am happy about the good cooperation that we want to develop between Rome, Vienna and Berlin. I think it marks very sensible cooperation that will contribute to reducing illegal migration to Europe.”

The Italian Lega party and the Austrian Freedom Party are already members of the Europe of Nations and Freedom coalition in the European Parliament. This anti-migrant group also includes France’s National Front. According to a cnn translation, the coalition’s charter says that “European cultures, our values and our freedom are under attack. They are threatened by the crushing and dictatorial powers of the European Union. They are threatened by mass immigration, by open borders and by a single European currency: One size does not fit all.”

That is Italy’s main problem with the refugee policies: One size does not fit all. In Italy’s view, it faces the brunt of the refugee crisis. It’s only fair that other nations should share the load. But while nations like France may agree in principle, they don’t want the migrants either. The refugee crisis is turning EU nations against each other, and none of them can agree on the best solution for the problem. As theTrumpet.com managing editor Brad Macdonald wrote in the November 2015 Trumpet issue:

In more ways than one, the refugee crisis has pitted national policies (and national leaders) against EU policies (and EU leaders). At times, nations have ignored EU policies and principles in favor of policies in their own best interest. … When push came to shove, national interest superseded EU policy. …

The refugee crisis is thrusting Germany (and Europe) into a transformational identity crisis. Germany and Europe will look for a leader who understands what is happening. They will seek someone capable of shaping this new identity—someone capable of standing up to Russia, getting tough with the refugees, and finally fixing the economic crises.

The Italian migrant boat dispute shows a deep divide in European politics. More and more Europeans are calling for someone to take strong action and solve this crisis. Kurz’s “axis of willing nations” could be a start. But without German involvement, this group won’t be able to do much to change Europe’s refugee policies.

To understand more about how the refugee crisis could lead to the rise of this strong leader, please read Mr. Flurry’s article “Has Germany’s Strongman Finally Arrived?”