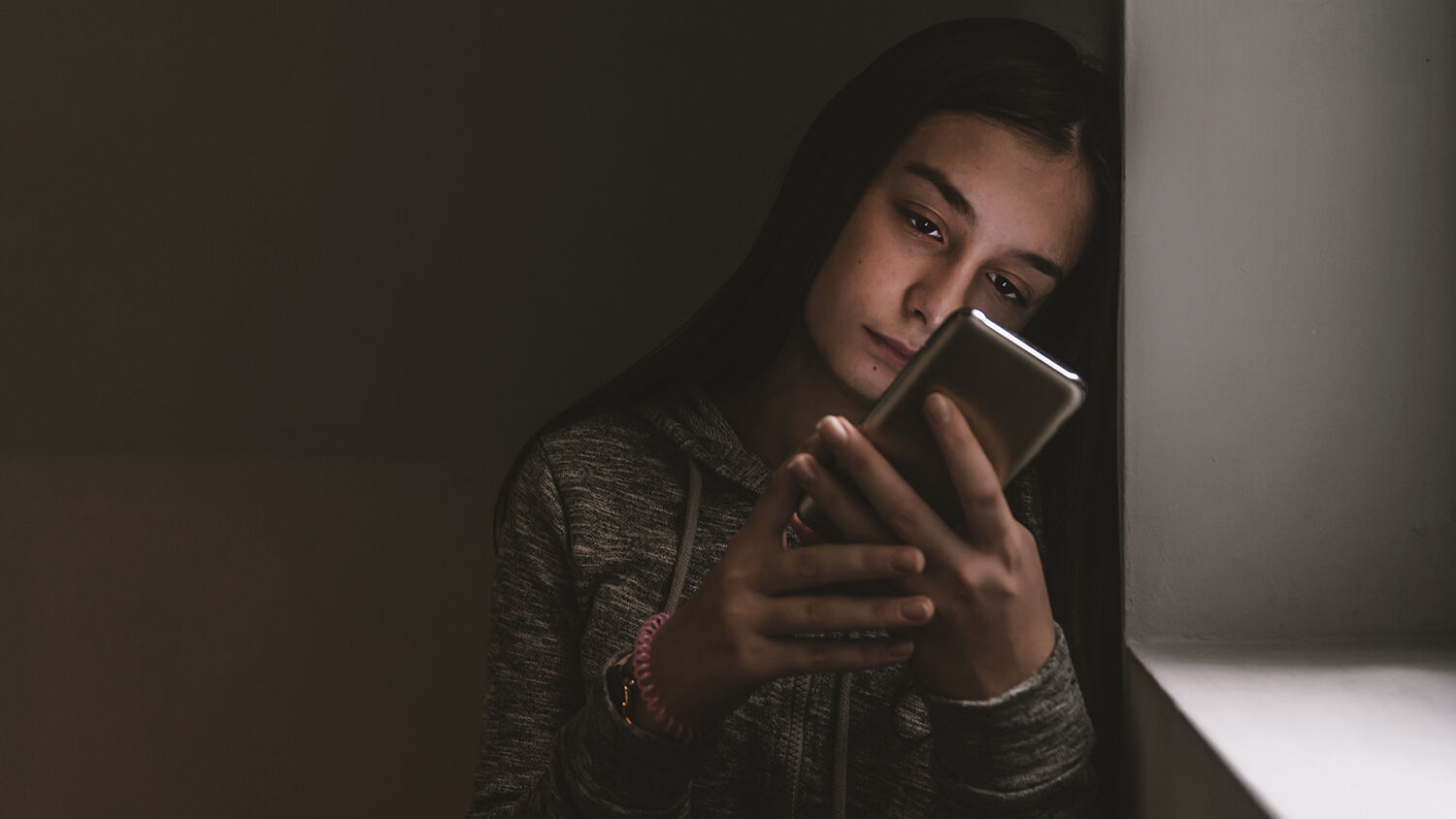 ‘We have become slaves to technology.’

Forty-five percent of American teens admit to using the Internet “almost constantly,” a new Pew Research survey has revealed. The report, released May 31, shows that the number of teens who admit to being online all the time has doubled in only a few years. In a similar Pew survey from 2014–2015, only 24 percent of teens fell into this category. The latest survey shows a troubling rise in teenage technology addiction.

95%(!) of U.S. teens say they have or have access to a smartphone, this represents a 22 point jump from @pewresearch’s last survey of teens conducted in 2014-2015 https://t.co/5MCGB4ifbt pic.twitter.com/EQodhK8Dhb

Other studies show numbers that are even more troubling. A 2016 Common Sense Media survey found that half of teens considered themselves addicted to their phones and other devices. Almost 25 percent of school-age children in the United Kingdom spend six hours or more online every day, outside of school. Ninety-five percent of teens in the United States have access to a smartphone.

Addiction is also affecting children of younger and younger ages. In the past decade, the amount of time that the average UK child under 11 years of age spends online has doubled. Even preschool-age children in the UK spend eight hours a week online. A common complaint if parents try to limit their screen time is that they will miss something important. Psychologists actually have a term for this: “Fear of missing out,” or fomo.

In their own words: Why some teens say social media has had a mostly *negative* effect on people their own age. https://t.co/W2fV5IZyoW pic.twitter.com/PoGKyBiBwL

Continuous technology use is destroying these children’s ability to interact with other people. Almost three quarters of 16-to-24-year-olds “prefer texting to talking.” The mother of one tech-addicted teenager said, “He is estranged within our own house. We feel invisible to him. We have lost him … although we know he is in there.”

Adults are addicted, too. The Telegraph found that on average, people check their phones around 200 times a day. Almost three quarters of British confessed that they wouldn’t be able to go a day without using technology. This addiction even affects people’s sleeping habits. A quarter of people in the UK spend less time sleeping than they do online. A fifth of UK teenagers check their messages during the night when they wake up. In an average month, most UK teens will send 3,400 texts from their bedroom.

Like any other addiction, technology addiction is not without its casualties. This week, the UK had its first case of diagnosed “Internet gaming addiction.” The sufferer was a 15-year-old boy. His mother, Kendall Parmar, says that he used to be a friendly, outgoing, academic, active boy who led his rugby and cricket teams. But now, his mother told the Telegraph, “Every moment he’s awake, he wants to be on a game. There is no outside world. It has become all-consuming” (emphasis added throughout).

Another UK teenager recently committed suicide at age 17 because of continuous cyberbullying. This is just one of many examples of cyberbullying-related deaths. Other teens tell stories of grooming and harassment. One girl told the Telegraph her story of online grooming, which led to sexual abuse and assault. She was 14 years old when it began. Many other cases involve even younger children.

A majority of both boys and girls play video games, but gaming is nearly universal for boys. https://t.co/W2fV5IZyoW pic.twitter.com/lh8zjFLEfq

Not all tech stories are this ugly. But it is unavoidably clear that technology addiction has a deeply detrimental effect on young people. The more time teenagers spend online, the more likely they are to be depressed or to suffer from mental health issues and emotional problems. Instead of making their lives better, technology addiction is destroying their childhood.

“Social media is now a ubiquitous part of childhood,” the Telegraph wrote. Last year, half of 12-year-olds surveyed had a social media account. Today’s children cannot imagine a world without their smart devices, despite the fact that the iPhone has only been around since 2007.

Many experts blame social media platforms for incentivizing addiction. Dr. Richard Graham, a specialist in technology addiction, told the Telegraph that for tech companies, “It’s a race to the bottom: how can we keep you online magnetically for as long as possible?” These companies use behavioral psychology and addiction studies to make their apps and devices irresistible. Once they have users hooked, the goal is to keep them using the devices.

In 2017, bbc News challenged a group of high school students in the UK to cut themselves off from social media for a week. After the challenge, they asked them what it had felt like. One student said, “As we shut off our devices, I already felt as if I had lost a limb.” Another student said: “In all honesty if I was asked if I thought I was an addict before the challenge I would have said yes, which shows that I know where I’m going wrong, but I’m consciously choosing to ignore my downfall. It sounds terrible, but I guess when you’re hooked on something, you’re hooked.”

Belinda Parmar, the founder of a tech-awareness organization, told the Telegraph, “We have become slaves to technology.” The Bible agrees with her. Peter warned the brethren in 1 Peter 2:19, “[W]hatever overcomes a man, to that he is enslaved” (Revised Standard Version). Romans 6:16 repeats this truth: “Know ye not, that to whom ye yield yourselves servants to obey, his servants ye are to whom ye obey; whether of sin unto death, or of obedience unto righteousness?”

At its core, addiction is slavery. An addicted person is the slave of his or her addiction. He feels like he just can’t help continuing the addictive behavior. So he keeps doing it, destroying his body and mind in the process.

Herbert W. Armstrong wrote in The Incredible Human Potential, ”The most perfect mechanism ever designed and made is the marvelous mind and body that is man.” And yet, as theTrumpet.com managing editor Brad Macdonald wrote in the August 2008 Trumpet issue, “This generational addiction to gadgetry is destroying one of the greatest gifts ever bestowed upon mankind, the human mind!”

Technology is a strong drug. Young people can be particularly susceptible to its evil effects. They have no built-in sense of right and wrong—no natural means of distinguishing something acceptable from something wrong. That is why it is crucial that we as parents authoritatively regulate their media usage, depriving them of wrong influences.

We as parents must be the gatekeepers of our children’s minds, as we train them how to be responsible for their own minds.

If you would like to learn more about the precious creation that is the human mind, please request Mr. Armstrong’s free book The Incredible Human Potential. To learn more about parents’ responsibility to protect their children from technology addiction, read “Deprive Your Children.”