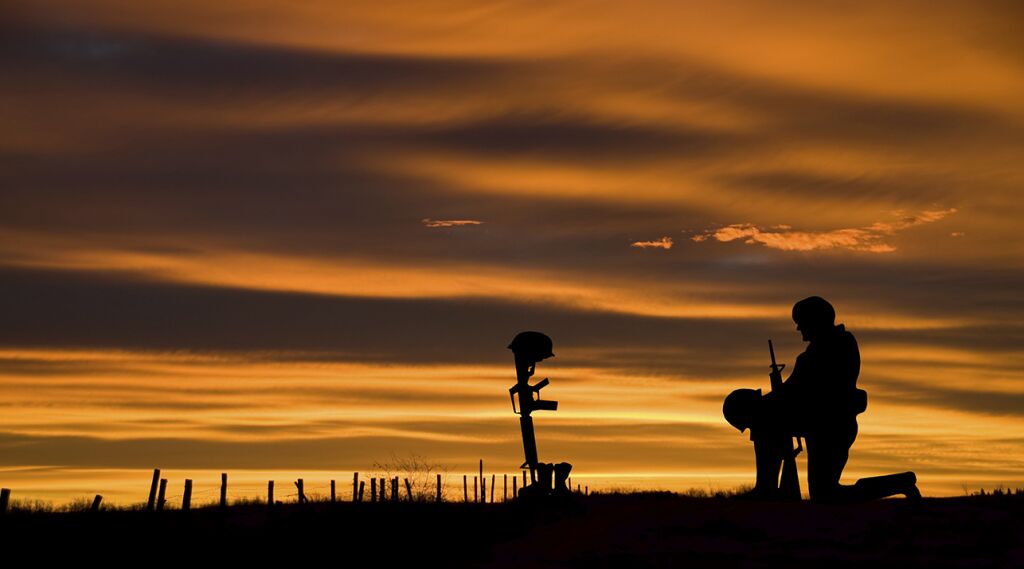 In the 1860s, 600,000 Americans killed each other in a bloody civil war. Imagine going to war against your cousin or nephew, or perhaps your brother. Six hundred thousand Americans—killed, in just four years. The alternative was for the Union to sever. Had that happened, there would be at least two nations on American soil today, and most likely, two nations still at odds with each other. Six hundred thousand Americans killed in four years. Was it worth it? Considering the alternative, I’d say it was.

There were 52 million casualties in World War II. It was far and away the most horrifying destruction ever orchestrated by the hands of men. Yet consider the only alternative to that carnage: submission to Hitler and the Nazi regime. Fifty-two million—killed in six years. Was it worth it? Considering the alternative, I’d say it was.

Casualties in war are not always the worst alternative. In fact, at times, combat casualties are a necessity.

Military strategists used to be well aware of that fact. But not any more, especially in America.

Ever since losing 58,000 Americans in Vietnam, casualties in war have been considered the worst possible alternative.

There are numerous examples to support that assertion. In November 1979, when the U.S. refused to extradite the deposed Shah of Iran (he came to the U.S. for medical treatment), Iranian revolutionists stormed the U.S. embassy in Tehran and held captive 53 U.S. staff members. Five months later, eight Americans died in a failed rescue attempt. Thereafter, Iran held the world’s greatest superpower at bay for eight more months. They finally released the hostages shortly before Ronald Reagan was sworn into office as President.

Less than four years later, Reagan faced a similarly tense situation in the Middle East—this time in Lebanon. During World War II, Lebanon became an independent republic. As a predominantly Christian state, it prospered for the next three decades under a free-market economy. During that time, however, this little country north of Israel absorbed waves of Palestinian refugees, especially after the 1967 war and in 1970 when the Palestine Liberation Organization (PLO) was expelled from Jordan. After opening its headquarters in Beirut in 1972, the Syrian-backed PLO used southern Lebanon as a launch pad for lobbing missiles into northern Israel.

The influx of Muslims into the Christian state brought with it civil strife. On April 13, 1975, Palestinians ignited a Lebanese civil war when a gunman attacked a Christian church in Beirut. When Syria intervened in 1976, they brokered a cease-fire in Beirut, but encouraged further PLO attacks on Israel. After years of bombing Galilee, Israel responded by invading Lebanon in 1978 and 1982. In the 1982 invasion, Israel pushed north all the way to Beirut, forcing the Syrians and the PLO to retreat. Thousands of Syrians and Palestinians evacuated Lebanon by sea. A U.S.-led multinational force landed in Lebanon to support the Lebanese Christians.

In October 1983, however, an Islamic terrorist rammed a truck packed with explosives into marine barracks in Beirut, killing 241 Americans. President Reagan withdrew forces from Lebanon four months later. Instead of war, America chose this alternative: Syrian occupation in Lebanon and the dissolution of a Christian power structure in the tiny country. Today, 35,000 Syrian troops occupy Lebanon and continue to sponsor missile attacks on northern Israel. So much for spreading democracy.

Avoid casualties of war at all cost. These are just a couple of examples to illustrate that policy. There are many others. Twenty-nine casualties prompted us to abandon our “nation building” efforts in Somalia in October 1993. One week later, a U.S. naval assault ship on a UN peacekeeping mission was held at bay by a small mob of Haitians at Port au Prince. Haiti is one of the poorest, most backward nations in the world. The U.S. scrapped the mission and withdrew its “assault” ship, unwilling to risk lives. Then there is Yugoslavia. The only clear foreign policy we have had in the Balkan states is to avoid casualties at all cost.

More recently, the bombing of Khobar Towers in Dhahran, Saudi Arabia, in 1996 prompted a $353 million retreat further into the Saudi desert. Nineteen Americans died in the bombings. Earlier this year, when tensions mounted between the U.S. and Iraq, President Clinton ruled out an invasion mainly because of potential casualties. Similarly, Clinton ordered a risk-free cruise missile strike on Iraq in 1996.

Then there was the cruise missile counter-”attack” on terrorist targets related to Osama bin Laden in August. Bin Laden masterminded the U.S. embassy bombings in Dar es Salaam and Nairobi this past summer (not to mention numerous other terrorist acts in recent years), killing 258, including 12 Americans.

America has accumulated an awesome array of fearsome military firepower—the most technologically advanced weapons system yet produced. Yet our aversion to endangering the lives of marines has softened our power-packed punch.

America might have the will to flex its military muscle. But it has lost the will to use that strength (aside from an occasional cruise missile attack). And what’s worse is that this aversion to danger has been noted abroad. That’s why there have been so many instances in the past several decades where rogue states and terrorist groups have ignored our bark. Our enemies know that if they can successfully target American lives, we will start back-pedaling to the negotiating table.