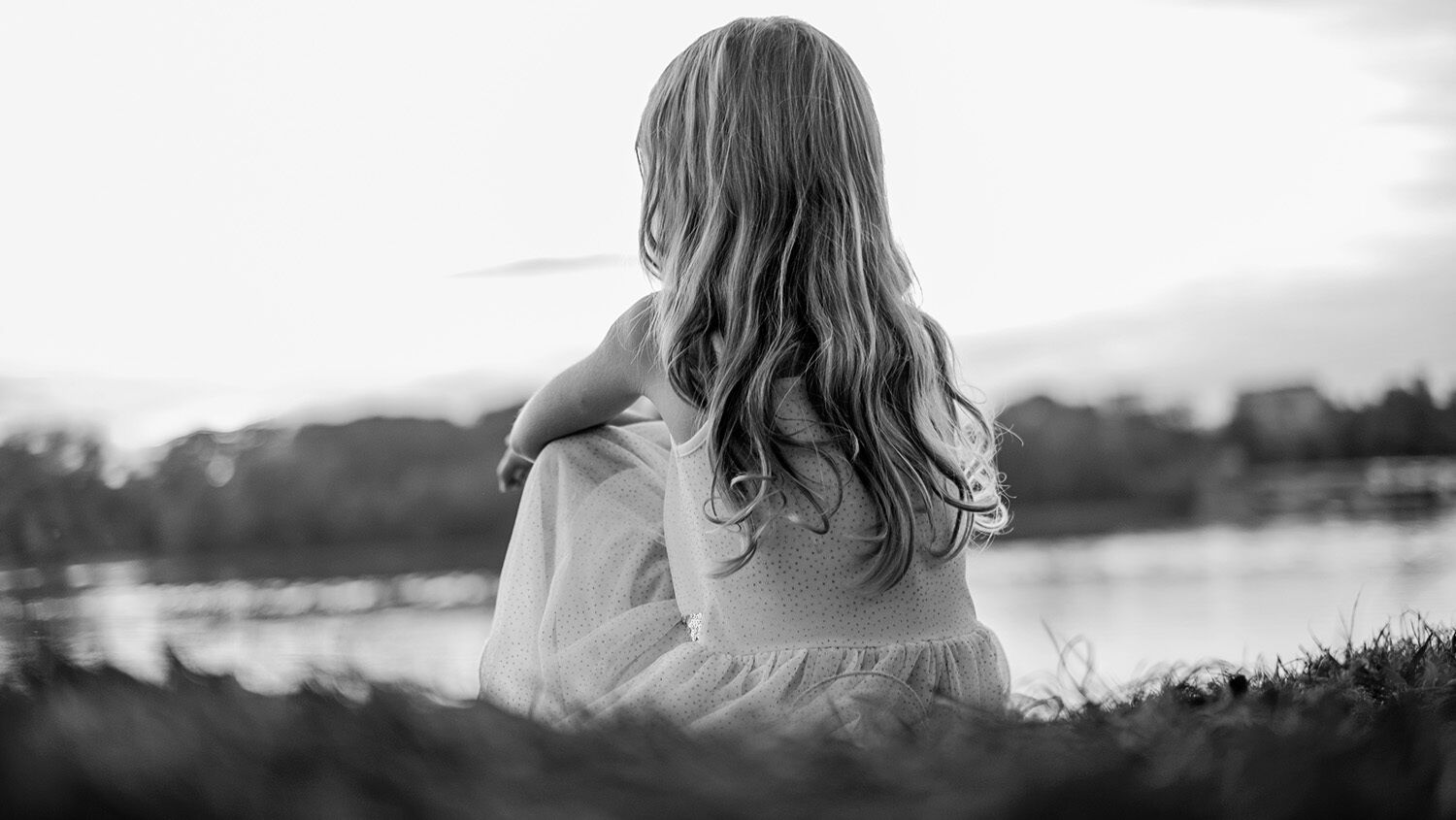 A recent headline left many readers sickened: “Wisconsin Man Sentenced to 60 Years in Prison for Trying to Sell His 4-Year-Old Daughter for Sex.”

ABC7Chicago.com reported that this father placed an ad on Craigslist under the heading “Play With Daddie’s Little Girl.” In e-mail exchanges, 30-year-old Andrew Turley told a customer that he would give his daughter “sleep meds” for an encounter.

The selling price for his daughter was $1,000 for two hours.

The customer gave him the money, found the man’s 4-year-old daughter in a bed, drugged—then revealed that he was actually an undercover agent and arrested this monster.

“This case broke my heart,” said Harris County Assistant District Attorney Stewanna Miskell. “A father is supposed to be a protector, not a predator.”

How true! In an increasingly dangerous world, truly God-fearing fathers are needed to protect their families.

There are other horror stories even worse than this one. This is what is happening to many children in America and elsewhere. God-fearing, loving fathers are disappearing from the home. And in their absence, pedophiles are coming in.

Pedophilia—the desire to have sex with children—is exploding in the United States.

The full extent of this perversion is even worse than these horrific numbers show. The National Center for Victims of Crime reports that “the prevalence of child sexual abuse … is often not reported.” rainn estimates that out of every 100 sexual assaults, only 31 are reported to police. rainn also offers these chilling numbers:

Pedophiles are targeting children by using information from their social media accounts. They are able to learn what the children like and dislike, where they live and go to school, and even where they are at a specific time. Then, in thousands of cases, they rape them.

Mental health experts have learned that when someone becomes addicted to child pornography, he usually progresses to younger and younger children and will seek out more sadistic, masochistic images, and even bestiality.

Once a pedophile begins to abuse children, he usually does not stop until he is caught and incarcerated. Statistics show that an average serial child molester will have as many as 400 victims!

Pedophiles look for certain characteristics in potential victims. According to the Children’s Assessment Center (CAChouston.org), perpetrators look for children who are passive, quiet, troubled and lonely.

And they look for children from broken homes.

“Family structure is the most important risk factor in child sexual abuse,” the Children’s Assessment Center states. “Children who live with two married biological parents are at low risk for abuse. The risk increases when children live with step-parents or a single parent. Children living without either parent (foster children) are 10 times more likely to be sexually abused than children that live with both biological parents. Children who live with a single parent that has a live-in partner are at the highest risk: They are 20 times more likely to be victims of child sexual abuse than children living with both biological parents (Sedlack, et. al., 2010).”

According to 2014 Pew Research statistics, more than half of American children today (54 percent) live in nontraditional families—broken families. Of those, 34 percent live with a single parent.

Pedophilia is rising, and fathers aren’t there to stop it. As more families fracture, the demand for sex with children is growing. And people are supplying that demand.

A recent Daily Mail report described the reactions of a journalist who had toured a factory that makes sex dolls: “Having traveled to Japan to learn more about the industry for the bbc Three documentary Sex Robots and Us, James Young visited a factory in an industrial suburb of Tokyo, where he was left shocked by the petite size of some of its ultra-realistic dolls.

“The visibly disturbed presenter grew tearful as he grilled manufacturer Hiro Okawa about one particularly small doll, who told him the ‘actual age setting’ was left to customers’ ‘imagination.’”

“There may be some kind of sentiment to petite, kid-like size,” the boss at the factory explained.

“Afterwards the shaken presenter said the sight of such a ‘young’ doll was ‘horrific.’”

The journalist said, “I just had to get out of there.”

What Does God Think?

Our society continues to push the boundaries of sexual sins. Fornication isn’t enough. Adultery isn’t enough. Homosexuality isn’t enough. Now mainstream culture is growing more “tolerant” of pedophilia, discussing it openly in the media and even glamorizing it in some Hollywood movies. Acceptance of fornication, adultery and homosexuality started in much the same way. How long will it be before journalists, actors, politicians, movements, organizations, alliances and special-interest groups begin promoting pedophiles?

What does God think of our pedophilic society?

In Exodus 22:22-24, God gives this stark warning: “Ye shall not afflict any widow, or fatherless child. If thou afflict them in any wise, and they cry at all unto me, I will surely hear their cry; And my wrath shall wax hot, and I will kill you with the sword; and your wives shall be widows, and your children fatherless.”

God hears the cries of the fatherless children who are being abused! He promises that those crimes will not go unpunished. In His time, He will take vengeance!

As our society tries to normalize this ghastly sexual sin, people should be deeply concerned about what God thinks. A prophecy by Jesus Christ Himself explains why.

Jesus prophesied what society would be like right before His Second Coming. “Likewise also as it was in the days of Lot; they did eat, they drank, they bought, they sold, they planted, they builded; But the same day that Lot went out of Sodom it rained fire and brimstone from heaven, and destroyed them all. Even thus shall it be in the day when the Son of man is revealed” (Luke 17:28-30).

The Sodomites went about their lives like normal, just as our society does today. They ate and drank and bought and sold the way they wanted to, just as we do today. They felt sophisticated, smart, enlightened—just like us. And they dived deeper and deeper into sin, especially rampant sexual sin—just like our society today.

The cries and sins of this perverted place were heard by God (Genesis 19). He sent His angels, manifested as men, to investigate. The angels came to a man named Lot, who lived in that wicked city, and while they were at his home, a mob demanded that Lot turn over his guests so that they could rape them. The angels struck the Sodomites blind—and they still groped for the door! Even sudden, supernatural blindness didn’t stop them from trying to satisfy their sexual lust!

The angels then told Lot why they were there. God had sent them to burn that city to the ground. And God rained down literal fire and brimstone on that “sophisticated,” “enriched,” “beautiful” society and turned it into a wasteland that exists to this day.

Pedophiles today are willing to risk great punishment to gratify their wicked pleasures. Homosexuality, adultery, fornication are all widely accepted, even by “conservatives.” Is our society today so different from Sodom?

This history also teaches us about fathers. Lot, although imperfect, did for a time stand between his house and the mob. And finally, the Eternal had to stand between Lot and that wicked society.

A wicked history is now repeating itself. When the fathers leave, the pedophiles emerge. And a society that indulges in sexual sins is about to be destroyed. That is the only way God the Father can purge out the wickedness. Then finally Christ will intervene to establish a new society based on His laws, His God family government and His loving protection of children!