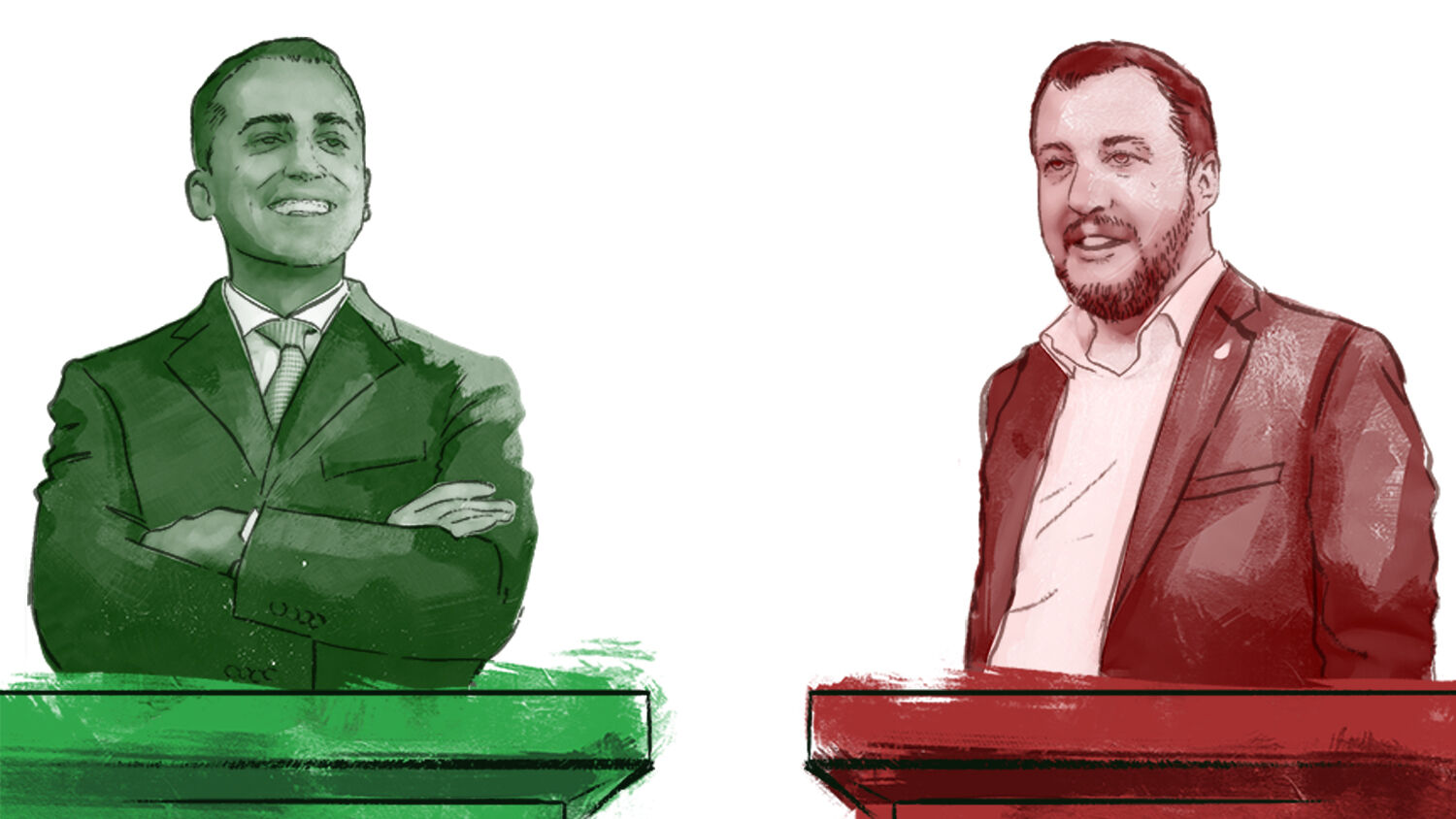 The party that received the most votes is the Five Star Movement. It was founded in 2009 by comedian Beppe Grillo. This party wants to kick out the elites and bring in a new political system. It has championed using online polls to make major decisions based on the will of its membership. It has leftist populist views and calls for a “citizenship income” that guarantees all citizens nearly $1,000 a month as long as they are working or looking for work.

The other big winner is Lega (the League). Originally called Lega Nord (the Northern League), it was a fringe right-wing party campaigning for autonomy and even independence for northern Italy. But it has dropped the “Northern” and campaigned for anti-EU, anti-migrant policies—calling for mass deportations, etc. Lega is now Italy’s largest right-wing party.

Combined, these parties received a sliver less than 50 percent of the vote. In most countries, both parties would have been considered too extreme to have a major role in government. Italy’s political system gives a lot of power to smaller parties. Lega Nord was a minor member of previous national governments. But now Lega and the Five Star Movement are so popular with voters that it will be impossible to form a stable government without at least one of them. In fact, it will be difficult to form a stable government that isn’t led by one of them.

This is the end game for traditional politics. Democracies have died this way before. Italy has one of the most dysfunctional political systems in Europe. It has had 65 governments in the 72 years since 1946, but it has never been in a situation like this.

The immediate future is anybody’s guess. The most common forecast is that Italy’s government will suffer weeks, or even months, of paralysis, followed by fresh elections. Alternatively, the mainstream parties may compromise and join one of these two fringe parties to form a government. But even here there are no easy compromises available.

If the Five Star Movement and Lega join together to form Italy’s next government, Germany will be facing a nightmare scenario. Although the two Italian fringe parties disagree on many issues, they have a similar approach to Europe. Both have talked about quitting the euro (although both dropped this aggressive position ahead of the election). Both campaigned on the idea of keeping the currency, but ignoring all the rules imposed by the eurozone. Both said they would increase Italy’s already high debt levels, perhaps even introduce a parallel currency. In such a case, they would be openly breaking the eurozone’s rules, daring Germany to do something about it.

“It is ‘No’ to Berlin, ‘No’ to Paris, and ‘No’ to Brussels: Italians are going to decide for Italy from now on,” said Lega leader Matteo Salvini. He has called the euro a “crime against humanity.”

If Lega (and the Five Star Movement) get what it wants, it risks piling almost all of Europe’s separate crises into one towering inferno. The new German coalition government, so many months in the making, is split over the euro crisis. This kind of crisis in Italy could break the German coalition and further increase support for the right-wing Alternative für Deutschland. It could trigger another outbreak of the euro crisis and deepen the cracks in the eurozone.

A eurozone on the brink of civil war. A Germany that has barely managed to patch together a government after its longest coalition negotiations in history. Spain struggling to stay together as a country, its government possibly on the point of collapse. This is Europe today—a continent on the brink of a massive transformation. Business as usual simply cannot remain an option much longer.

The Bible forecasts this transformation. In Revelation 17, it describes a tightly knit union of 10 kings, united under one strong leader. Currently, Europe is a loose collection of 28 democracies under 28 heads of government and three European presidents. Although they have tried to tighten that collection into a stronger union and have taken significant steps, a solid federal Europe has remained elusive.

Why? Because uniting into a superstate is a enormous task. And Europeans will only give up large chunks of sovereignty in a dire crisis.

In the November 1965 Plain Truth, Herbert W. Armstrong wrote about one “hard, stern fact” that the nations of Europe must face. “That crucial fact is this: The nations of Europe are utterly unable to unite themselves by their own political maneuvering,” he wrote. “For more than 31 years, the Plain Truth has said Europe will unite! And also for more than 31 years we have said these countries cannot agree among themselves.”

How can they unite? Here’s how Mr. Armstrong answered that question: “For years the Plain Truth has said these nations are going to have to realize their inability to unite themselves politically—to choose a common political-military leader that all can trust. They are going to finally face the fact they must look to a supreme authority they can all trust! That supreme authority cannot be a politician, or a general (De Gaulle is both). The only possible answer is a religious leader! …

“Watch for developments suddenly to speed toward European political and military union, through religious union! This new trend may not start this year—or next. But in very few years at most, it must start. And when it does, events will flash by with a lightning speed that will astound the world.”

Mr. Armstrong wrote that more than 50 years ago, and the Europeans have still not turned to religion to unite themselves. Until they do, they simply cannot unite. And if Europe cannot unite, its crises will keep getting worse.

Jean Monnet, one of the EU’s founding fathers, famously said that “Europe will be forged in crises, and will be the sum of the solutions adopted for those crises.” The designers of the euro currency knew that it would never work—that a common currency without a common government would provoke continual crises. For more on this, read our article “Why the Euro Is Heading for an Earthshaking Crisis.”

Yet even these crises have been unable to force Europe to fully unite. The crises will continue until Europe is desperate enough for a solution that it will turn to a religious power. Revelation 17 makes clear that the 10-nation European superstate will be led by a church.

Trumpeteditor in chief Gerald Flurry explained in April 2006 how this would happen: “Throughout Europe’s history, what has helped it to overcome its division has been a unity of purpose between church and state. Charlemagne showed how strong Europe could be when he formed a partnership between Germany and the Roman Catholic Church to create the Holy Roman Empire. That empire has risen up repeatedly since that time.

“But this church-state union hasn’t always been a happy marriage. Usually the two have been drawn together because of a crisis—an emergency. …

“Herbert W. Armstrong believed the same pattern would occur again in our time—that European nations would unite suddenly because of a crisis, and that the Roman Catholic Church would play a huge role in solving that emergency. In times of crisis, religion has a way of pulling people together! …

“Crises are developing that could lead to this ‘emergency’ that will cause Europe to look to a newly strengthened Germany and end up bringing church and state together—from the weakening of the U.S. economy to danger brewing in the Middle East.”

The journey ahead for Italy and Europe is chaotic and uncertain. But the Bible makes it clear that this is the final destination for Europeans: a union of church and state that forms one of the strongest powers in history.

For more on what the sum of Europe’s solutions to its crises will look like, read our free book The Holy Roman Empire in Prophecy.