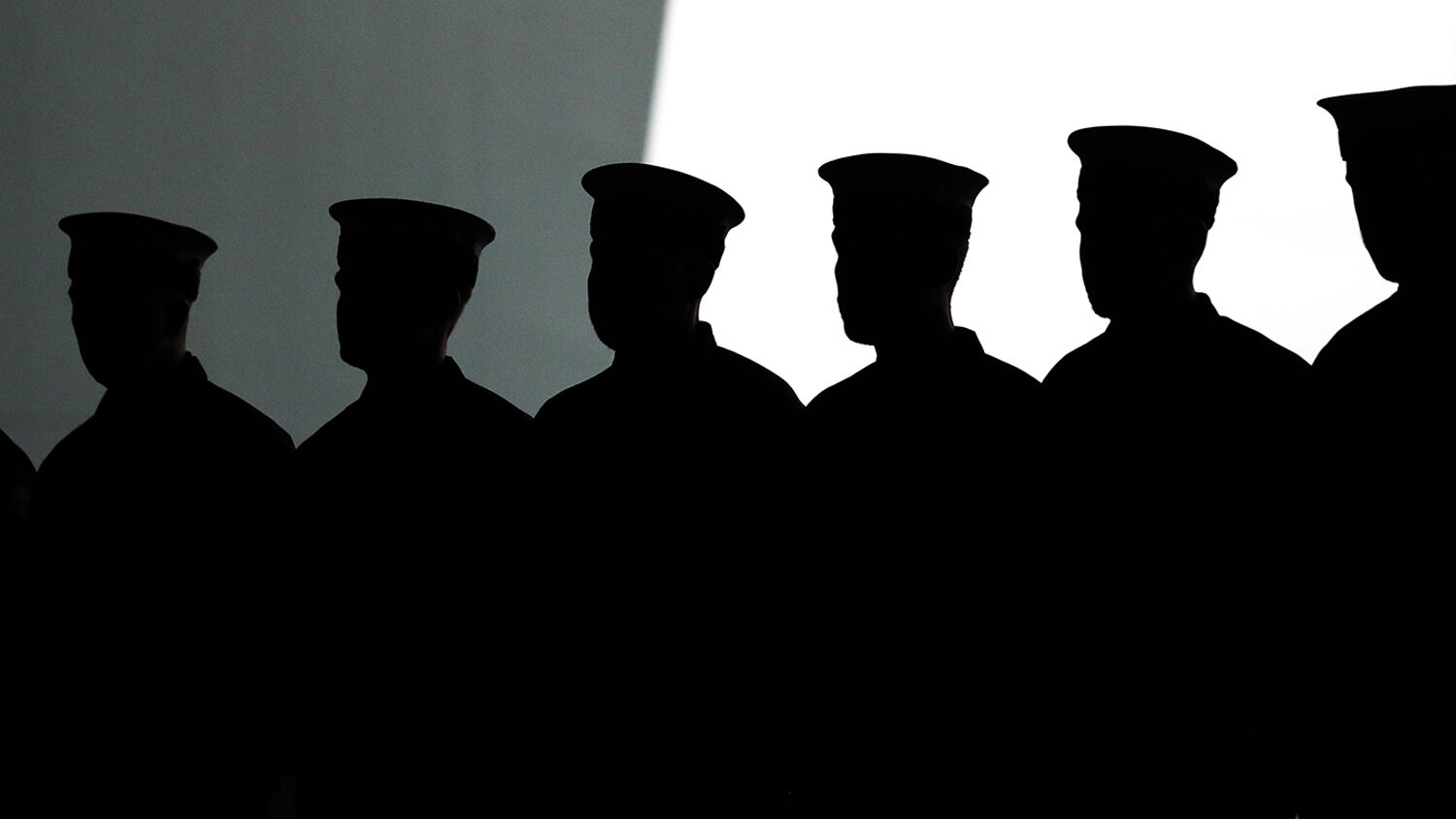 As powers rise on the world scene, Britain’s military power continues to shrink.

While emerging powers continue to build their strength, the United States and Britain continue to decline. The shrinking military might of the United Kingdom has been particularly evident in recent months.

Russia and China are building stronger militaries. Each of these giant Asian nations is led by a strongman. Russian President Vladimir Putin and Chinese President Xi Jinping continue to amass more and more direct control over their governments. Both are building up their militaries, and both are using these militaries: Russia to conquer Georgia and Ukraine, Xi to conquer the South China Sea.

This time of resurgence for Asian militaries is a time of decline for Anglo-American forces.

In a 2015 Key of David program “Times of the Gentiles,” my father said:

This world, this violent world, is becoming one big military arsenal of nuclear weapons and other weapons of mass destruction and all kinds of conventional warfare armaments. But as we look at these powers of the world, they keep expanding their military as the United States and Britain shrink theirs. Does that really make sense to you?

Russia and China are expanding and projecting their military power, and Europe is waking up to this threat. Iran is projecting power in the Middle East and beyond through terrorism and conventional forces, and it is building a nuclear weapons program. North Korea already has nuclear weapons and is threatening to use them.

In this threatening environment, Britain continues to cripple its military.

Rear Adm. Alexander Burton recently told the bbc, “If you do not spend more on defense than we currently are as a percentage of gdp, then we put at risk the fact that we are currently a credible military power, and from that we put at risk our position on the global stage” (March 12).

This former commander of the United Kingdom’s maritime forces warns that Britain is losing its status as a credible military power! He continued:

This is a dangerous development for the once mighty British Empire!

Burton is one of very few voices sounding the alarm on Britain’s shriveling military. If there was ever a time for the British to strengthen their armed forces, wouldn’t it be now? Its American ally has withdrawn, its potential opponents in Asia and the Middle East have advanced, and Britain is now leaving the European Union.

Britain spent 3.8 percent of its gross domestic product on defense in the early 1990s. Today, it spends just above 2 percent. Russia spends more than 5 percent of its gdp on its military.

“British Armed Forces Need Extra £7 Billion ‘to Avoid Disaster’” the Times of London reported. It went on to write, “A reduction in repair and maintenance support for ships, coupled with a smaller fleet had meant that the Royal Navy was less able to deploy around the globe today than eight years ago, even though the threat had grown” (March 12).

Gen. Sir Richard Barron, the former head of Joint Forces Command, said that much of the Army’s hardware is now becoming obsolete and vulnerable to advancements in Chinese and Russian missiles. He is urging Parliament to make some tough choices and prioritize military spending.

Several other articles over the past few months have warned about the increasing number of threats against Britain and the decreasing preparedness of Britain’s military. Yet drastic cuts in military spending continue.

In January, the Times wrote, “Military chiefs have drawn up a plan to cut the armed forces by more than 14,000 and combine elite units of paratroopers and Royal Marines to save money.”

Currently, the size of the armed forces is fewer than 78,000—but if the proposals go through, it would reduce the number of service members to “the smallest since before the Napoleonic Wars more than 200 years ago” (ibid).

General Barron warned that the latest cutbacks, which come after three decades of cuts, “are of such magnitude given the journey of reductions traveled over years that they would break the institution.”

The Treasury insists on massive military cuts in order to balance the books, and military experts insist that those cuts will prevent it from defending its shores when the day of battle comes.

How the mighty have fallen!

The Telegraph reported on March 15 that Britain’s military spending as a proportion of gdp has dropped by almost half over the past 25 years. Yet over the same period, health expenditures almost doubled.

After enduring two horrific world wars, does Britain now assume there will never again be another major war?

Today Britain doles out BILLIONS in foreign aid as they CUT BACK billions in their military. Does that make sense? God even has a prophecy for them and it says they’re like a silly dove. That doesn’t make any sense if you understand the history of this world and these beasts and what they do when they get power! Have we forgotten all that history of the past?Even … World War ii and their concentration camps and all of the evil that was demonstrated by that power? God says it’s going to get so bad that there are going to be mighty generals that are going to whimper like little children when all this comes to pass.

At the same time, Britain is making painful cuts in military spending, it is losing soldiers at an alarming rate. Between April 2016 and March 2017, 8,194 recruits joined the Army, but almost 10,000 left.

The government has launched the “belonging” campaign to recruit more soldiers, reaching out to women, homosexuals, transgenders, Muslims and even men struggling with emotional distress.

“New Army adverts ‘promote emotional support’ for recruits,” reported the bbc. One ad asks, “What if I get emotional?” Another wonders, “Can I be gay in the Army?”

“Some will see them as a sign the Army has gone soft by focusing on people’s worries,” the bbc wrote. How can you not see literal signs telling people with serious problems that the Army is a place for them to belong as going soft? Yet the bbc goes on to defend the ad campaign with this rationale:

They will question whether it’s another sign of pandering to political correctness. But like most large organizations, the Army wants to be seen as modern and a reflection of the society it represents.

That means an emphasis on being open to all—regardless of gender, race, religion or class.

On my Trumpet Daily Radio Show, I played soundbites from the “belonging” advertising campaign and contrasted them with a recruitment ad from 2002. In just 16 years, the British military and “the society it represents” have changed dramatically!

The ad from 2002 showed new recruits trying out for the Royal Marines Commandos by storming across hills, plunging into water, and swimming through an underwater channel. “What’s your limit?” the ad asks. “Is this your limit?” “Yes” “Don’t even fill in the form.”The ad finishes with: “99.99% need not apply.”

This video is not for men asking themselves, “What if I get emotional?” or “Can I be gay in the Army?” It is notifying strong, courageous, masculine men that the Royal Marines have positions open for Britain’s top 0.01 percent.

The “belonging” ads completely miss the entire mission of the Army. As Charles Moore wrote in the Telegraph, this mission is to “defend Queen and country, and, where necessary, fight and kill their enemies. … In the ‘What We Stand For’ section of the Army’s official website, ‘courage,’ ‘loyalty’ and ‘professional behavior’ are rightly mentioned, but fighting, killing, the Queen and Britain are not.”

The British people descended from the tribe of Ephraim in ancient Israel. You can trace their eye-opening history in The United States and Britain in Prophecy, by Herbert W. Armstrong. This is what God prophesied about the modern descendants of Israel in Isaiah 3:1-3:

For, behold, the Lord, the Lordof hosts, doth take away from Jerusalem [the capital of ancient Israel] and from Judah … The mighty man, and the man of war, the judge, and the prophet, and the prudent, and the ancient, The captain of fifty, and the honourable man, and the counsellor, and the cunning artificer, and the eloquent orator.

Waves of young British men are not standing in long lines and sometimes falsifying their ages in order to defend their country. Captains of 50, honorable men, wise counselors and eloquent orators are not running Army recruitment. The Army is “open to all,” but the judge, the prophet, the prudent and the ancient do not “belong.” The mighty man and the man of war are not part of the “modern” Army, nor are they “a reflection of the society it represents.”

Listen to these recruitment advertisements yourself on my Trumpet DailyRadio Show:

With these advertisements, the news of continuing military cuts, and the realization of rising threats all in mind, I also recommend that you watch my father’s Key of David program “Times of the Gentiles.”