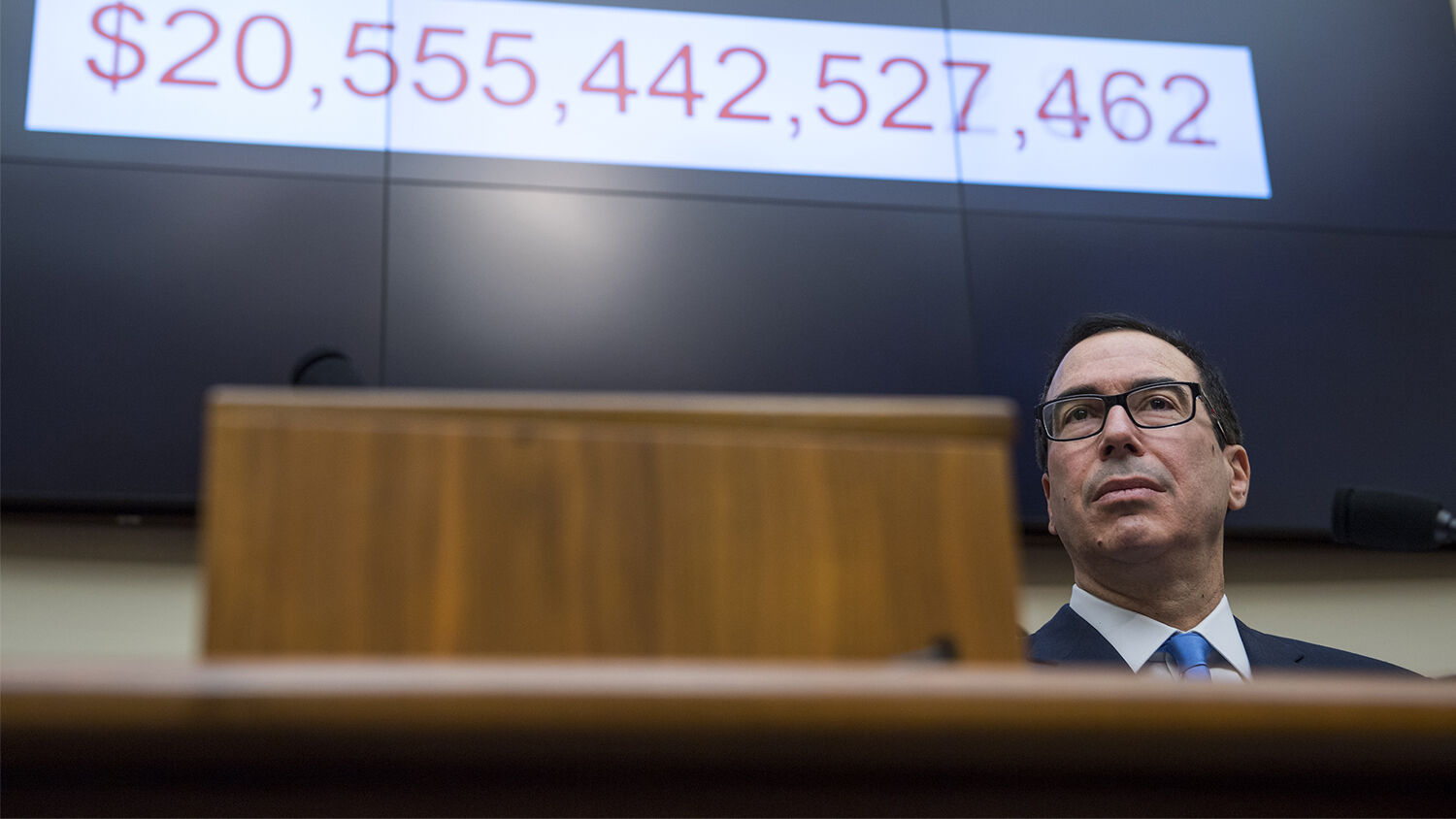 On January 31, the United States Treasury Department released its budget projections for 2018, outlining its plan to borrow an astonishing $955 billion to cover the costs of its programs. This represents the largest deficit in six years, and equates to an 84 percent increase over 2017, when the deficit was $519 billion.

In addition to the astronomical level of deficit spending this year, the department also stated that the next couple years would see similar deficits. It forecast that the deficit would exceed $1 trillion in 2019 and surpass $1.1 trillion in 2020. The U.S. is already more than $20 trillion in debt.

The last time deficit spending was this high was in 2012 when the federal government was still pumping billions of borrowed money into the economy in an effort to recover from the 2008 economic crisis. The economy has leveled off, but spending hasn’t stopped. As Marc Goldwein, senior policy director at Committee for a Responsible Federal Budget, stated, “We’re addicted to debt.” The committee reported that if the current policies continue, the 2027 deficit could exceed $2 trillion.

Traditionally, the Republican Party was dedicated to fiscal responsibility and balanced budgets. Today, however, that maxim has given way to the popular thought of many in Washington: Spend while you can. Following the budget announcement, Democrats criticized the budget—not because of the amount of spending, but because of where the spending was going. High on the Republicans’ spending list was the military and infrastructure. The Democrats want to see more spent on social policies like Medicare and Medicaid.

“The deep, dark secret is Republicans like to spend money just as much as Democrats,” said California Democrat Rep. Jim Costa. “They just want to spend it on something different.”

The huge increase in the deficit is a result of two factors: increased spending and lower tax revenue. In a bid to make America great again, President Donald Trump has expressed his desire to spend $1 trillion on infrastructure projects alone and to drastically increase military spending.

In order to implement its spending plans, the federal government will once again have to tackle the problem of the debt ceiling. Currently, the Treasury Department cannot legally exceed $20.5 trillion in debt, which is where the debt has been since December. The government is able to draw from government accounts to keep paying incoming bills, but it estimates that the debt ceiling will have to be raised sometime in mid-March to keep the government running.

Over the past 10 years, the debt cap has been raised 10 times, and there is no indication anything will stop it from being raised again. Many Republicans and Democrats are eager to see the limit increase so that programs can receive additional money.

There are voices of alarm in Congress, but they are few and far between. Republican Sen. David Perdue, lamenting that lawmakers were set to approve disaster aid without any way to pay for it, said spending was out of control. “Every dime that we’re talking about for disaster relief is borrowed,” Mr. Perdue said. “We have to go to China and borrow that money to give disaster relief to farmers in Texas and people in Florida.”

Republican Sen. John Kennedy said, “At some point we’re going to have to change the name of the Department of Treasury to the Department of Debt, because there’s not going to be any treasury left.” Despite record levels of tax revenue coming into the government, the U.S. still cannot live within its means.

As the Trumpet has repeatedly pointed out, $20 trillion in national debt is a threat to American national security. U.S. debt exceeds its annual economic output, which equated to $19.4 trillion in goods and services last year. America now owes more than it makes in a year, but it still plans to run up the debt even more. By the end of the decade, the U.S. could owe nearly $800 billion a year in interest payments. Trumpet writer Andrew Miiller said in December 2017:

Financial historian Niall Ferguson has warned that nations and empires usually fall apart when the cost of servicing their debts exceeds the cost of defending their borders. Based on current budget projections, America will be spending more on interest payments than on national defense within five years. If interest rates on U.S. Treasury bonds increase, the nation could reach this point much sooner.

The alarming thing is that Treasury bond rates are increasing, rising to their highest level in three years. This signals that demand for these bonds, which help fund the government, is decreasing. The U.S. must pay even more interest to entice lenders to loan it money. At some point, lenders may decide their money is better spent elsewhere

Despite what President Donald Trump has said, America’s economy is not strong. America is loading on more debt that it simply can never pay back. Though this practice seems advantageous to politicians and perhaps to many Americans in the short run, the Bible calls it a curse. Deuteronomy 28 states that the nation that breaks His laws will find itself a debtor nation rather than a lender. What this leads to is a situation where “he shall be the head, and thou shalt be the tail” (verse 44). The Bible also says that the borrower becomes a slave to the lender.

More and more, America is ruled over by its lenders.

While campaigning, President Trump called himself the “king of debt.” In a 2016 interview, he stated, “I have borrowed, knowing that you can pay back with discounts. … I would borrow, knowing that if the economy crashed, you could make a deal. And if the economy was good, it was good. So, therefore, you can’t lose.” President Trump believes that America is in a position of power to be able to negotiate its debt, but that is simply not the case. There are now more than 20 trillion reasons why—and counting.

America is enslaved to debt. To learn more about the dangers of out-of-control government spending and where it will lead, request our free reprint article “The Biggest Threat to America’s National Security.”