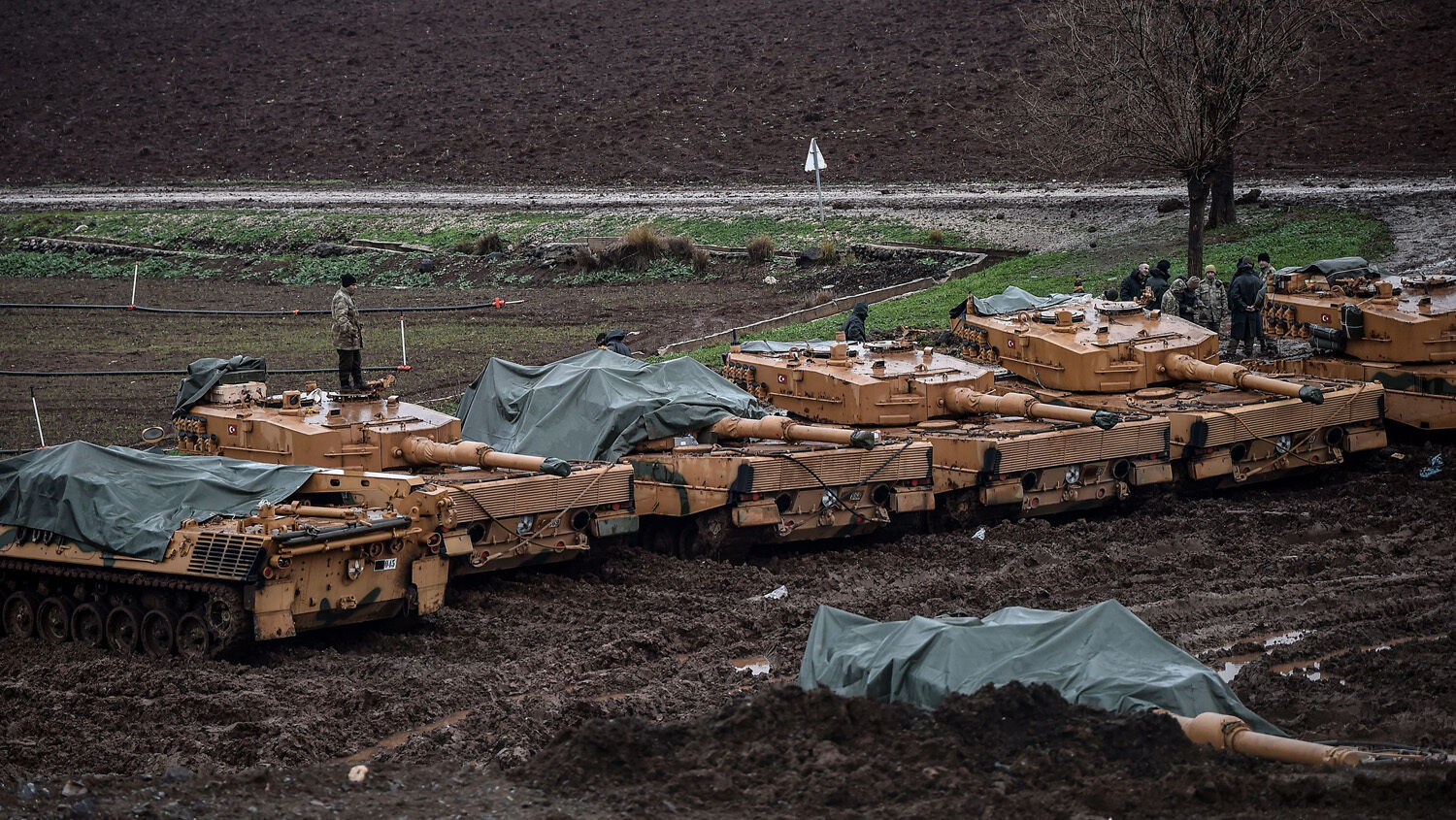 Turkish soldiers stand on their German-made Leopard 2A4 battle tanks stationed in a field near the Syrian border at Hassa, in Hatay province on January 25, 2018, as part of the operation ‘Olive Branch’, launched a few days ago.
OZAN KOSE/AFP/Getty Images

Germany’s arms industry is booming. Despite past pledges by the government to reduce arms exports, it recently approved massive weapons exports to nations involved in regional conflicts, including Saudi Arabia, Egypt and the United Arab Emirates. The Trumpet carefully monitors Germany’s actions in the Middle East and North Africa, because Bible prophecy specifically identifies nations in the region that will ally with Germany in these last days. We discuss this and more on today’s Trumpet Daily Radio Show.