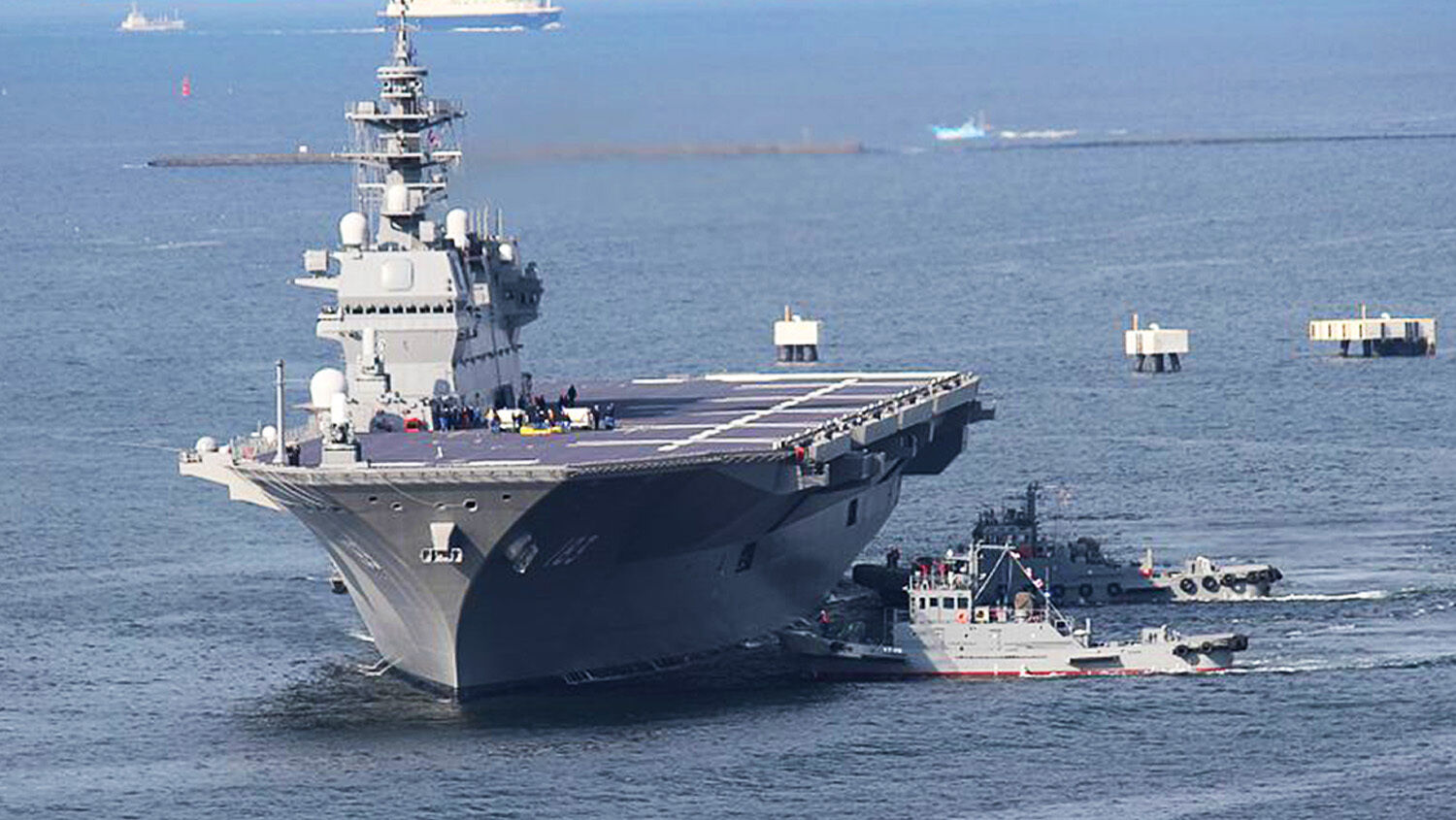 The power behind the attack on Pearl Harbor takes another step toward remilitarization.

Japan is considering the purchase of F-35B stealth fighter jets to use on its helicopter carriers, the Japan Times reported on December 25. This would be a “major change” to the nation’s defense policy. For the first time since World War ii, the power behind the attack on Pearl Harbor would possess warships capable of launching and recovering fighter aircraft.

Since the end of World War ii, Japan’s Constitution has banned it from possessing certain military assets. The Constitution bans any offensive weaponry that Japan could use to project power abroad, including bombers and aircraft carriers. But over the last several decades, Japan has slowly reinterpreted those constitutional clauses to allow it to have a “self-defense” military that is one of the best in the world. The purchase of F-35B jets would be yet another significant step away from Japan’s pacifist policy, a trend that the Trumpet has been monitoring for years.

Japan has already ordered 42 F-35A jets to add to its Air Self-Defense Force. Just over a week ago, Japan confirmed that it plans to fit these fighters with long-range cruise missiles. This is a significant step in itself. However, the nation’s interest in the F-35B is an even more significant development because this model can launch from and land on smaller helicopter carrier runways. This would be a “historic change” for the nation.

For Japan to move ahead with these plans, the carriers would have to undergo a costly refitting. Meanwhile, the F-35 project has been plagued with numerous problems and cost overruns, and has yet to be tested in combat. So it remains to be seen whether Japan will ever actually deploy fighters on its carriers. The fact that it is openly considering the possibility adds to the significant ongoing trend of Japanese remilitarization.

Japanese officials recognize that a move like this would be the country’s greatest shift away from pacifism yet. Japan has to consider how regional powers like China would react to the move. China has already expressed its displeasure, warning the Japanese government to “act prudently.”

Japan is already considering how it could justify this move. When it launched its first Izumo-class helicopter destroyer in 2015, Air Self-Defense Force officers proposed that the government consider buying F-35Bs for the new carrier once they became available. The idea was withdrawn because of concerns that it went against Japan’s military restrictions. However, two years later, that concern seems to be greatly diminished.

The Japanese Defense Ministry is reviewing how it could retrofit its helicopter carriers to carry warplanes and yet still comply with its Constitution. One proposal was to have the carriers serve as “defensive” aircraft carriers, protecting outlying islands that are controlled by Japan but claimed by China. However, it will be difficult for Japan to convince anyone that aircraft carriers are anything but an offensive weapon.

As China continues to expand its domination of the South China Sea by building military bases on contested islands, and as North Korea continues to perfect its nuclear capabilities, Japan has no choice but to shed its pacifist posture. But as Geopolitical Futures wrote on December 29, “Japan is a pacifist in name only” (emphasis added throughout). Over the past decades, the nation has gradually shaken off the restraints of its pacifist Constitution under the guise of expanding its self-defense capabilities, to the point where Japan now has one of the most sophisticated militaries in the world.

Japanese Prime Minister Shinzō Abe has repeatedly redefined the nation’s security policy through new security laws, allowing the nation to expand and use its military power. Deutsche Welle quoted Jeff Kingston, the director of Asian Studies at the Japanese campus of Temple University, who said, “[T]he argument is that an aircraft carrier that would be tasked with carrying out a preemptive attack on targets inside North Korea, would be acting defensively because it would be protecting Japan.” The article continued:

Stephen Nagy, a senior associate professor of international relations at Tokyo’s International Christian University, believes that the Japanese government will do everything in its power to portray any enhancement in the ships’ capabilities as defensive in nature.

“The question of ‘projection of power’ is largely a matter of semantics at this point, but the fact is that if they go ahead then the vessels will be able to launch fighter aircraft,” said Nagy, who is also a fellow of the Asia Pacific Foundation of Canada. “So they are walking a very fine line between defensive and offensive power.”

In a 1971 Plain Truth article, Herbert W. Armstrong predicted that Japan would become a great military power again. “Japan today has no military establishment,” he wrote. “But we should not lose sight of the fact that Japan has become so powerful economically that it could build a military force of very great power very rapidly.” This is exactly what is happening today.

Mr. Armstrong began forecasting this trend in 1963. How could he know that Japan would rise again, even while still suffering the effects of World War ii? Because Bible prophecy has indicated that it would happen. Prophecy speaks of a united bloc of Asian nations—“the kings of the east”—that would rise in the end time and threaten the domineering European beast. Japan will almost certainly be part of the Asian alliance. To learn more about why the Trumpet follows Japan’s remilitarization process so closely, read “Why the Trumpet Watches Japan’s March Toward Militarism.”