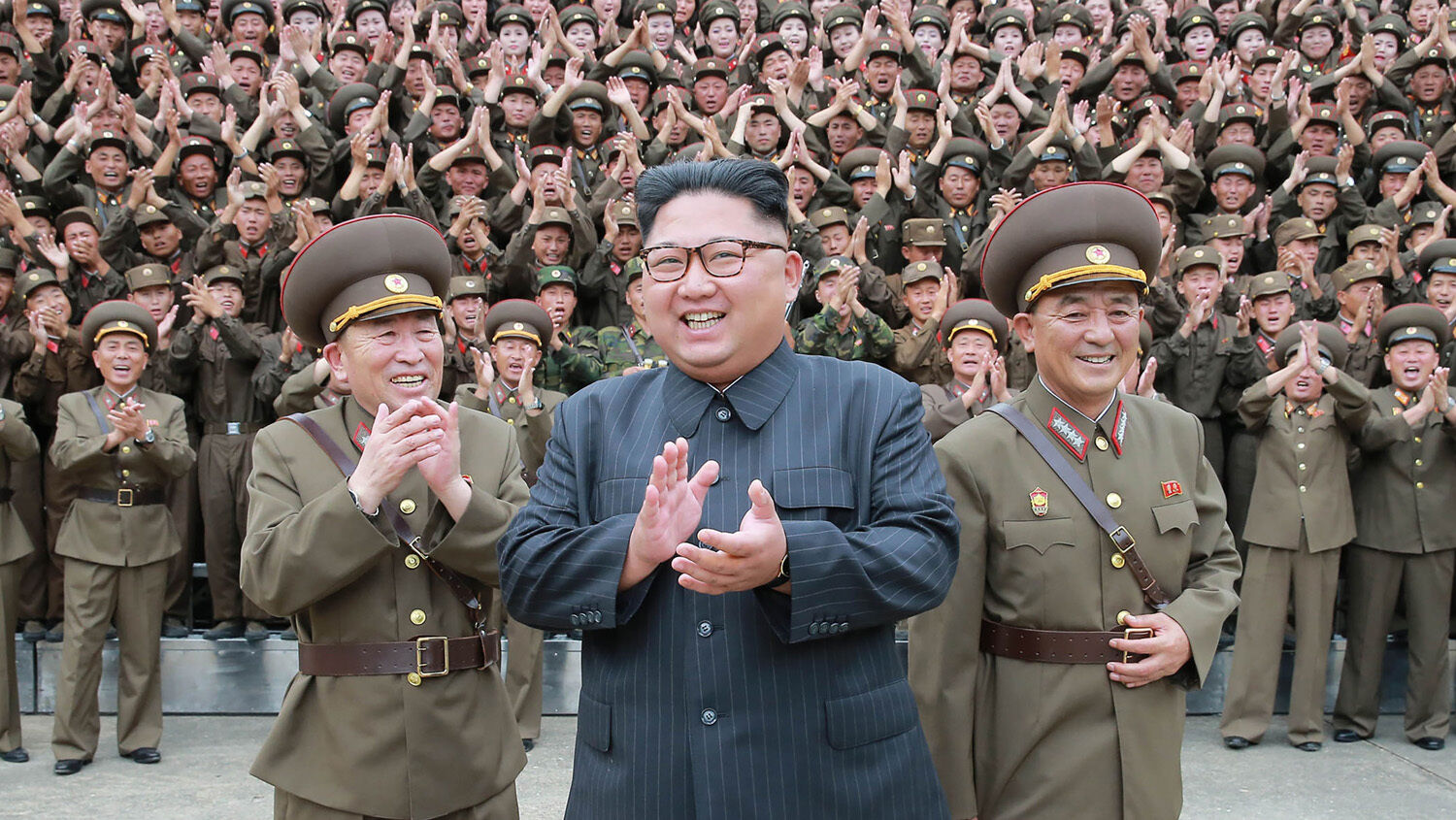 Most acknowledge that North Korea’s nuclear program could soon do serious damage to the United States. What fewer see is that it has already done serious damage.

A new year is a time for political speeches. This year, the most famous came from Kim Jong-un. He used his speech to boast that he could destroy the United States with a touch of a button.

“The entire United States is within range of our nuclear weapons, and a nuclear button is always on my desk,” he said.

Most acknowledge that North Korea’s nuclear program could soon do serious damage to the United States. What fewer see is that it has already done serious damage.

North Korea spent the last year firing 23 missiles in 16 tests, shocking the world with how rapidly its nuclear weapons program has progressed. And America has done nothing much.

There have been sanctions of course—capping North Korea oil imports at about the same level they were last year, for example. That counts as nothing much in my book.

There’s also been lots of talk.

In August, President Donald Trump said: “North Korea best not make any more threats to the United States. They will be met with fire and fury like the world has never seen.”

Just weeks later, Kim responded by saying that North Korea “will bury the entirety of the U.S. under water if the U.S. brings in the cloud of war of aggression on this soil.”

The next month Kim declared, “I will surely and definitely tame the mentally deranged U.S. dotard with fire.” Those sound like threats to me. Where’s the fire and fury?

After yet another North Korean missile test in November, Mr. Trump said, “We will take care of it. … It is a situation that we will handle.” Has it been handled?

By allowing this tiny, backward nation to constantly defy it, America is ruining its prestige.

This may not sound like a big deal. But a nation’s prestige—its reputation for power—determines how other nations treat it. A nation that appears weak will find itself threatened, confronted and even attacked far more easily than one with a reputation for strength. Before World War ii, America and Russia suffered from low prestige. They won the war. But if they had possessed stronger reputations for power and the will to use that power, they may have never had to fight in the first place. This is why Hans J. Morgenthau wrote that by neglecting national prestige, the United States invites “neglect and attack from its enemies, failure of its policies, mortal danger to its vital interests” (Politics Among Nations: The Struggle for Power and Peace).

Closely related to a nation’s prestige is its credibility. If prestige is a nation’s reputation for power, credibility is its reputation for keeping its word. Again, this is vital—not just for preserving America’s power but for preserving world peace. China wants Taiwan. Russia wants Estonia. Each of these powers can easily swallow up its prey almost overnight—but neither has. Why? Because of America’s promise to defend the independence of Taiwan, Estonia and other such nations.

North Korea is weakening both U.S. prestige and credibility. The little nation is proving that you can defy the U.S. and get away with it. It is showing that you can ignore American threats.

Every time North Korea gets away with this, it encourages others to follow its example.

What makes it worse is that North Korea is not a one-off. Former U.S. National Security Agency analyst John Schindler published an excellent article a few days ago titled “The Year American Hegemony Ended.” He pointed to a pattern of events that has crippled American prestige and credibility, and it goes back for years.

America invaded Iraq. The result was not victory; instead America ended up “handing a broken Iraq to the mullahs in Tehran,” wrote Schindler.

“The loss of American prestige associated with the Iraqi and Afghan debacles is difficult to overstate,” he warned.

“His abandonment of his own ‘red line’ in Syria in 2013 was easily read as a grave strategic error, since Obama in effect outsourced U.S. policy in the Middle East to Moscow—the results of which are painfully clear today,” he wrote. “Obama’s reticence to do much about Vladimir Putin’s aggression in Ukraine a few months later is a matter of record, while his strange unwillingness to confront the Kremlin over its rancid spy-propaganda offensive against the West in 2015 undoubtedly encouraged aggressive Russian interference in America’s election the following year.”

Morgenthau noted that “the prestige of a nation is very much like the credit of a bank.” One or two setbacks do not make a bankruptcy—but a whole pattern of setbacks do. For America, the pattern is clear: Its prestige is in the red.

One of Morgenthau’s key insights is that the essence of politics is the same, regardless of scale. From individual relationships to national politics to international relations, human nature is the same.

We can instantly grasp the concepts of prestige and credibility on the individual level. What happens if a father constantly promises to punish his child for bad behavior but never follows through? The child learns he can ignore his father. Conflict follows as the child challenges his parents and others.

North Korea has not landed any blows against the United States. But America’s response to North Korea has added major wounds to its already damaged prestige and credibility. This is making the whole world a more dangerous place.

This exact situation was prophesied in the earliest books of the Bible. God prophesied that He would give the descendants of Abraham (which includes the Americans) unprecedented wealth and power. But He later warned the Israelites (ancestors of the Americans) that if they turned away from Him, He would “break the pride of [their] power” (Leviticus 26:19). God kept His promise and blessed the United States with unprecedented power—power which it still possesses to a large degree. Yet it has lost its will to use it. The next verse says, “And your strength shall be spent in vain ….” America still has strength, but it is expending it in the wrong places.

The result of this unused and misused power is an America with no prestige and no credibility. At some point, the Bible prophesies that this strength and power will be gone—Schindler’s article makes a strong case that this has already happened.

Yet the same chapter that warned that God would take away the power He gave to America also states that God is causing this to happen for a great purpose. In Leviticus 26:40-42, God states that once His people turn to Him, then He will remember them. “I will not cast them away, neither will I abhor them, to destroy them utterly,” God says (verse 44).

God is allowing the world to suffer through this dangerous period of weakness to bring about a time when all the world will look to Him. Once this happens, He will give all nations far more prosperity than any nation has today. And with all nations living His way of life, the whole world will be far happier.

In the short term, this remains a dangerous trend, and one described in great detail in the Bible. In our latest Trumpet issue, Andrew Miiller gave an overview of what this means to the world, and what the Bible has to say about it, in “America’s Retreat From Global Leadership.” If you’d like a steady stream of articles like these shipped straight to your door in magazine form, sign up here for a free subscription to the Philadelphia Trumpet.