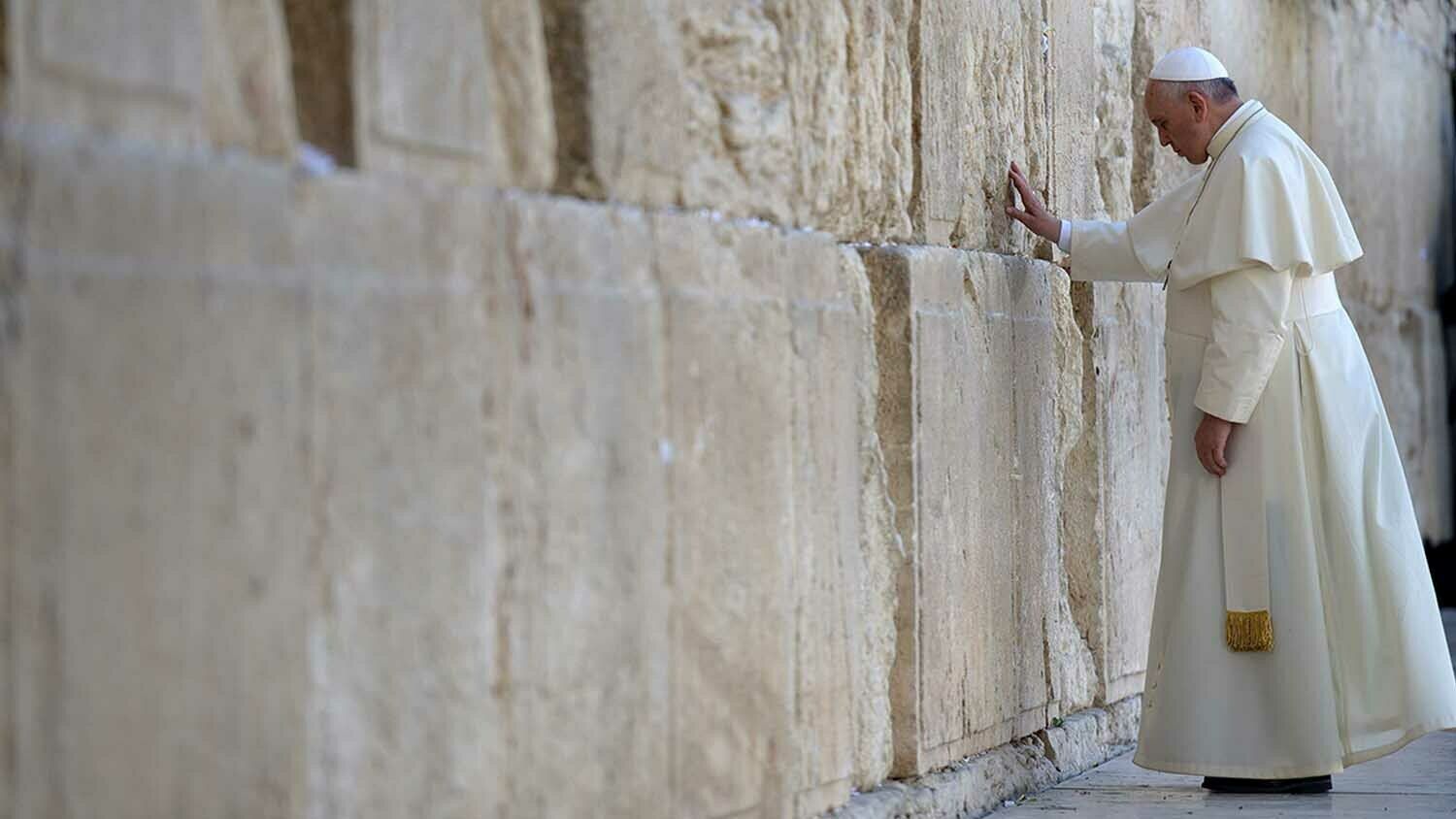 The Vatican wants Jerusalem to be an international city—a city in which it dominates.

When Pope Francis mentioned in his Christmas Day address that the only solution to the Israel-Palestine problem is “two states within mutually agreed and internationally recognized borders,” there was more to the words than their face value (emphasis added).

Yes, the two-state “solution” is practically ubiquitous among politicians and the university educated, but behind those words lie a whole number of assumptions about history, religion, international law and blame. When Pope Francis, the head of the largest organized religion in the world, makes such a statement, it’s good to know what assumptions and motives are behind them. His influence is immense.

The Catholic Church is not a neutral third party, much as it likes to play the role. Jerusalem is its most holy city, and one it would dearly like more control over.

“Let us pray that the will to resume dialogue may prevail between the parties and that a negotiated solution can finally be reached,” Francis said in his address, which was an Urbi et Orbi, directed literally “to the city and to the world.”

This wasn’t Pope Francis’s first comments about United States President Donald Trump moving the embassy to Jerusalem. On December 6, the day Mr. Trump made the announcement, Francis said he couldn’t “keep silent” over the “situation that has arisen in recent days.” He asked that people respect “the status quo of the city” in line with the previous United Nations resolutions.

Pope Francis’s Christmas Day message certainly dealt with worthy issues, directing people’s attention to the children of Syria, the wounded countries of Iraq and Yemen, the African messes in South Sudan and Sudan, the crumbling economy of Venezuela, and the violence in Ukraine. But Jerusalem is special to Francis, and any pope, for that matter. As editor in chief Gerald Flurry wrote, “No city stirs passions like Jerusalem!” It holds a special place in the mind of the Catholic Church and its leaders.

So special that the Vatican’s official position is that it should belong neither to the Israelis nor the Palestinians, but it should be an “international city,” without direct supervision of any single nation-state.

The doctrine of Jerusalem as an “international city” was the wish of the Vatican even before it was suggested by the UN in 1948. Pope Pius xii supported the idea in 1949, and it was reiterated by Popes John xxiii, Paul vi, John Paul ii and Benedict xvi. With the current situation, where Israel is the fully recognized state, West Jerusalem is securely in the hands of the Israelis. But with a two-state solution, as Pope Francis so eagerly calls for, there’s the chance that the status of Jerusalem could be changed. It’s no wonder the Vatican wants to look for diplomatic solutions for the Israel-Palestine conflict—all the more likely that it can influence the outcome.

In 2000, when Pope John Paul ii met with Palestinian terrorist Yasser Arafat in the Vatican, the two signed an agreement normalizing relations between Palestinians and the Roman Catholic Church. They also agreed to work toward establishing Jerusalem as an international city. In 2012, the Vatican released a statement calling for “an internationally guaranteed special statute” for Jerusalem, aimed at “safeguarding the freedom of religion and of conscience, the identity and sacred character of Jerusalem as a Holy City ….”

Take this statement from late Israeli journalist Joel Bainerman, a keen watcher of all things Middle Eastern: “The end goal of the Vatican is to seize control of the Old City of Jerusalem out of the clutches of the State of Israel. To that end, they have a secret agreement with Israel which obliges Israel to respect the ‘extraterritorial’ claim to their physical presence in the city. In short, we have accepted the Vatican’s rights to have little Vatican sovereign embassies throughout our eternal capital of Jerusalem. That same Vatican has committed itself, in public and in a written agreement, to ensure that the Palestinians have sovereignty in the Old City of Jerusalem.”

It’s clear that there’s more to the papacy’s words than meets the eye; that when the pope calls for a two-state solution, just like so many of the arguing parties, he has a stake in the outcome. To recall the words of late Trumpet writer Ron Fraser, “Believe it or not, your Bible prophesies the hidden agenda of the Vatican!”

“In Daniel 8, we read about the coming of an individual who will be the spiritual head of a great religio-political institution centered in Europe,” he wrote. “The entity he leads is prophesied to spread its tentacles ‘toward the south, and toward the east, and toward the pleasant land’ (verse 9).” The pleasant land here is referring to that great city so often in the news cycle—Jerusalem. These calls won’t lead to a two-state solution or an international city, but to the coming takeover of Jerusalem by Rome, just as has happened in the past.

Read, for free, Gerald Flurry’s booklet Jerusalem in Prophecy for an eye-opening study of what’s in store for the most important and most fought-over city in history.