People are capable of astonishing achievement. We just need to keep our perspective. 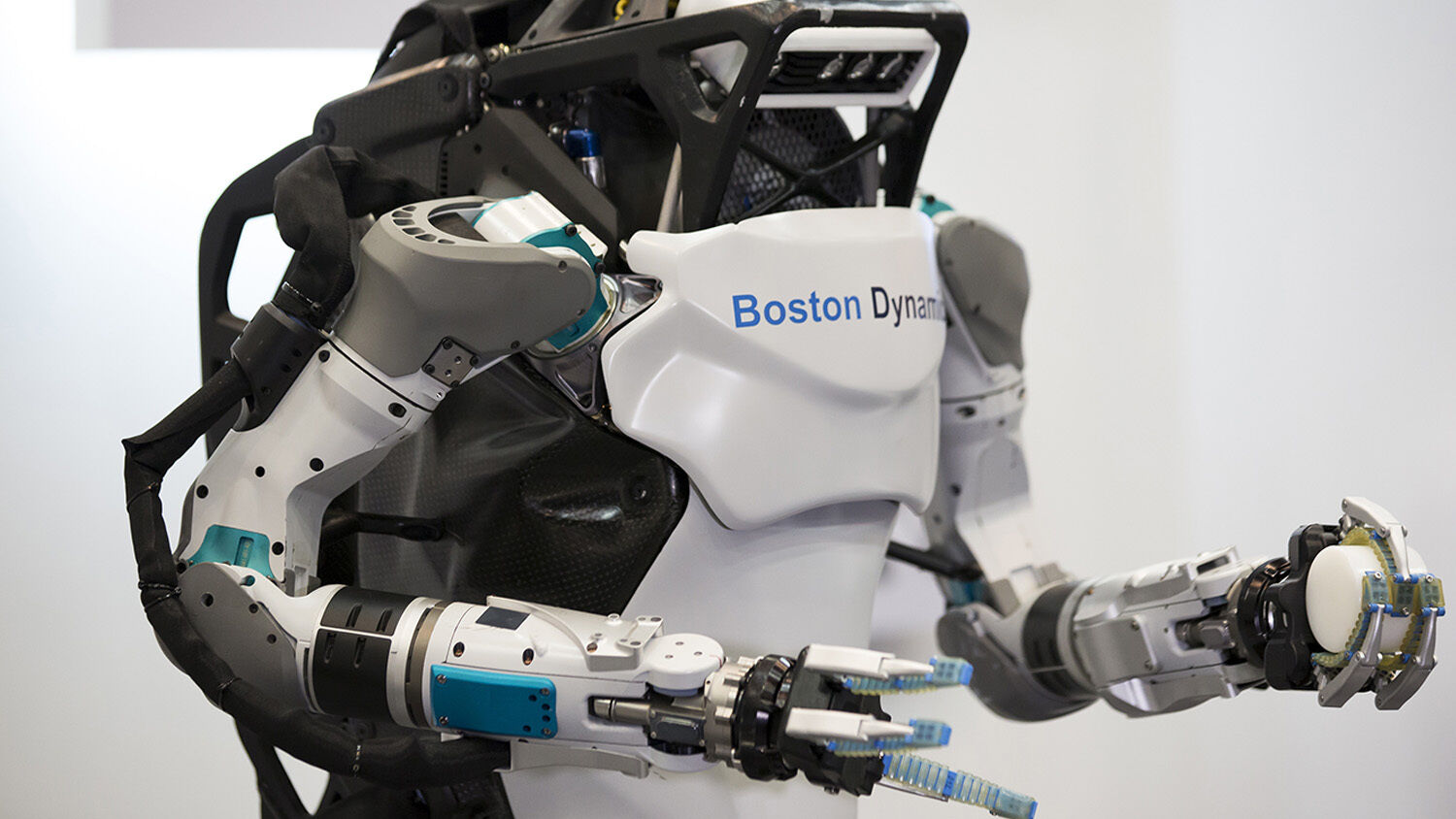 People are capable of astonishing achievement. We just need to keep our perspective.

I recently read a prophecy made by the Prophet Isaiah about 2,500 years ago. Discussing the end times, Isaiah wrote: “Their land is filled with idols [and] they bow down to the work of their hands, to what their own fingers have made.”

Just a few minutes after studying this end-time prophecy in Isaiah 2, I saw a video of a robot named Atlas, the “world’s most dynamic humanoid,” performing an impressive routine of box jumps and turns in the air, and finishing with a back flip. Boston Dynamics had posted the clip on YouTube, and within a week it had been viewed more than 11 million times.

SpaceX ceo Elon Musk was one of the millions who watched the clip. He tweeted: “This is nothing. In a few years, that bot will move so fast you’ll need a strobe light to see it.”

The natural response to such technology is to marvel at mankind’s astonishing intellectual power and progress. I have similar thoughts when I read about developments in artificial intelligence, or consider the algorithms behind Facebook and Google, or even see the capabilities of a common iPhone.

Humanity in the 21st century is just so incredibly smart.

And there’s the rub. The logical progression from marveling at mankind’s brilliance is to trust in this brilliance for guidance and leadership. If we can figure out how to create an acrobatic humanoid, then surely we can eventually cure our diseases and ultimately erase human suffering.

The more knowledge we acquire, the more we tend to trust in our own abilities, especially in the products, technologies and philosophies of the smart people among us.

This can be dangerous. Acquiring knowledge tends to foster pride and self-reliance. We lose sight of the fact that the human mind is limited, flawed and dysfunctional. We think our intellects are up to any task and can fix every problem. We fail to realize that our most fundamental problems cannot be solved through science and human reasoning.

As magical as many of our technologies are, is our collective pool of knowledge significantly and permanently improving the human condition?

Most importantly, our magical creations have separated us from God, just as Isaiah prophesied. We “bow down to the work of their hands, to what their own fingers have made.” Atlas the acrobatic robot, Facebook, Google, the iPhone: These are truly astonishing inventions, but haven’t we really just replaced idols hewn from wood and stone with those hewn from tungsten and silicate? We are worshiping the handiwork of our own minds and imaginations.

Think about the ultimate impact of these creations and all our intellectual progress. Has Atlas the robot gymnast, or Facebook and Google, or the iPhone helped make us more modest, more teachable, more selfless, more serving? Is humanity happier, healthier and stronger, physically, mentally, emotionally and spiritually? Are human beings getting along better?

I’m not criticizing smart people, technology or the quest for knowledge. I’m thankful to live in the 21st century and to be able to travel to Europe on a jet, not a sailing ship. The problem isn’t knowledge, gadgets or smart people. The issue is human nature and our proclivity to invest our hope, trust and confidence in the human mind.

The problem, as the Prophet Isaiah warned 2,500 years ago, is that we have made an idol of the human mind!

We are so blinded by our adoration of the human mind and the material realm that we fail to see God and His plan for human beings.

God’s power and supremacy can be “clearly perceived in the things that have been made” (Romans 1:20). The most amazing physical creation of all, the universe, declares the existence of its Creator. Yet smart people insist that the myriad marvels in the natural world around us are products of chance—not designed, engineered or created. Then they turn around and wonder at the works of our own hands.

The development of Atlas and other artificial wonders ought to cause us to marvel all the more at the God-given potential of the human mind and brain. If we are humble and teachable, we will watch that clip of Atlas and marvel that human beings even possess the ability to think, reason and create. We will wonder, Where did man’s creative genius come from? Forget about how much knowledge we have—think about how man came to possess the ability to even acquire knowledge.

Remember too: While smart people can make robots and iPhones, they cannot answer these questions. Their intelligence is limited and incomplete. Thus, caution is warranted about investing hope and trust in smart people for long-term solutions and right answers.

If you want to understand why human beings have had such success in some areas and so little in others, request The Incredible Human Potential, by Herbert W. Armstrong. Outside of the Bible, you won’t find a better book to explain the human mind and our ability to think, reason and create. This book is special—not because it comes from a smart person, but because it comes from the mind of God. And getting information from the mind of God—now, that’s smart!