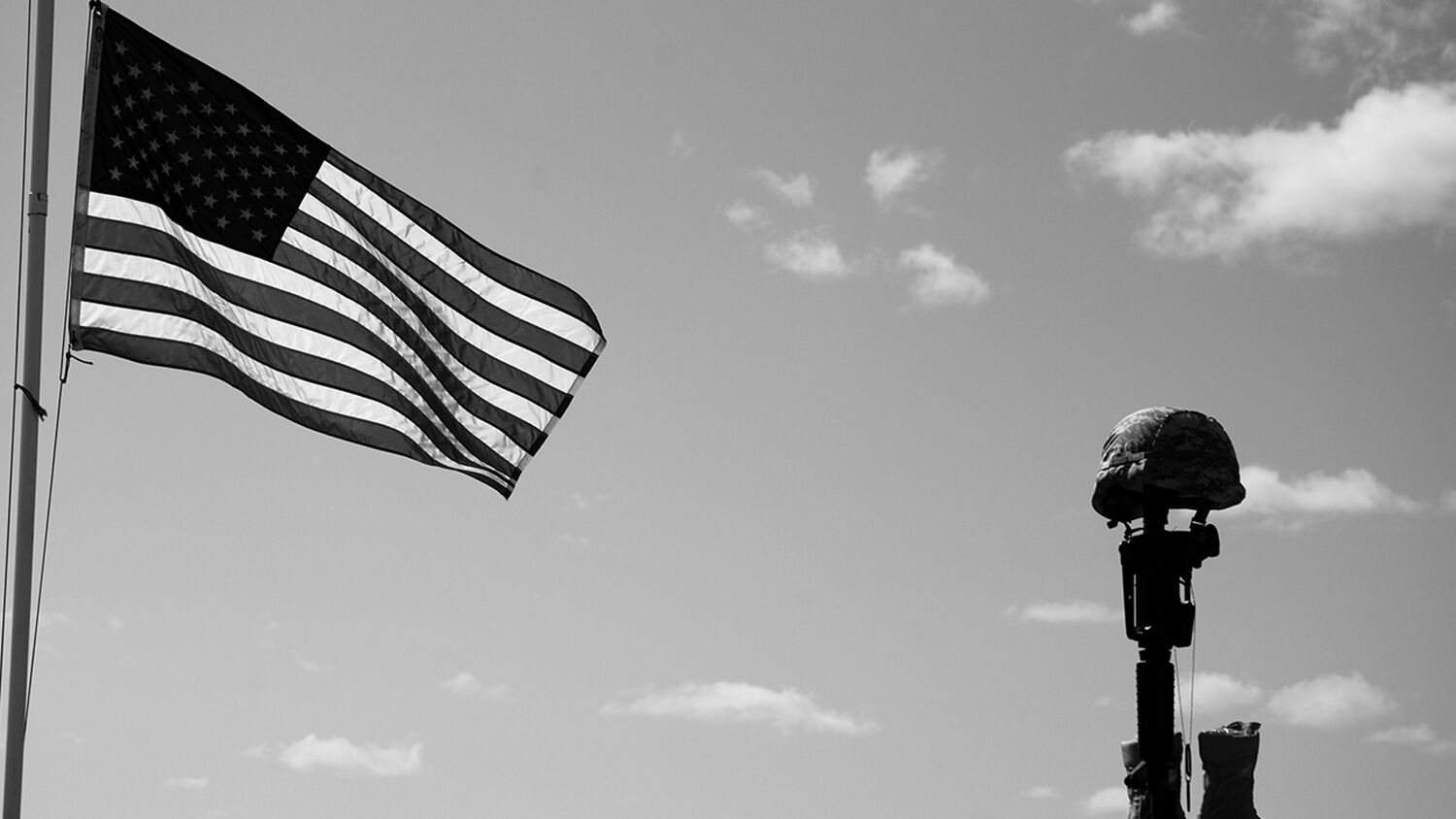 And all it did was confirm America’s lack of willpower.

Strongly worded letters are the last resort of the impotent: the frustrated consumer, ignored by a corporate behemoth; the persecuted taxpayer, victimized by a faceless bureaucracy; the United Nations, defied by a militaristic power.

They should not be in the arsenal of the world’s dominant superpower. Or at least, they should not form too large a part of that arsenal. Theodore Roosevelt famously adopted the maxim speak softly and carry a big stick. Letters can certainly be part of that soft speaking—but they can never replace the stick. But speaking softly has happened far too often in the United States.

Consider this report from the Associated Press:

cia Director Mike Pompeo said Saturday that he sent a letter to a top Iranian military official warning him that the United States would hold Tehran accountable for any attacks it conducted on American interests in Iraq.

Pompeo, who has voiced staunch opposition to Iran, said he sent the letter to Gen. Qassem Suleimani, a leader of Iran’s Islamic Revolutionary Guard Corps and elite Quds Force, but the general didn’t read it.

“I sent a note. I sent it because he had indicated that forces under his control might in fact threaten U.S. interests in Iraq,” Pompeo said at a defense forum at the Ronald Reagan Presidential Foundation and Institute in Simi Valley, California. “He refused to open the letter—didn’t break my heart to be honest with you.

“What we were communicating to him in that letter was that we will hold he and Iran accountable … and we wanted to make sure that he and the leadership of Iran understood that in a way that was crystal clear.”

As Trumpet editor in chief Gerald Flurry wrote in our latest Trumpet issue, Iran now controls Iraq and America has “just suffered its greatest defeat ever in the Middle East.”

“Think of all the blood and treasure America has poured into this country over the past decade and a half—supposedly to try to free it from tyranny and terrorism and to help it to stand on its own,” he wrote. “But now it is led by a stooge of Iran who thumbs his nose at America!”

How does America respond to this? With Pompeo’s letter. Which Iran didn’t even bother to read.

This is not the first warning. Iran has made repeated provocations. Now is the time for the stick—America has been speaking softly for decades!

“The U.S. possesses enough power to wipe Iran off the face of the Earth almost immediately!” wrote Mr. Flurry. “But it does not have the will to use its power. Iran can sense that like a shark can sense blood in the ocean.” The only message Iran got from Pompeo’s letter was confirmation of this lack of will.

This weakness afflicts the U.S. on many levels. In the December issue of its Proceedings magazine, the U.S. Naval Institute produced a blistering critique of America’s execution of the war on terror. The article—by Lt. Col. David G. Bolgiano, U.S. Air Force (Ret.) and Lt. Col. John Taylor, U.S. Army (Ret.)—exposes, with comprehensive proof, the broken will that exists throughout the U.S. Army.

Colonels Bolgiano and Taylor began their article by quoting then Chairman of the Joint Chiefs of Staff Navy Adm. Michael Mullen who said in 2008, “We can’t kill our way to victory.”

“But what if Admiral Mullen was wrong?” they asked. “The United States has been at war with radical Islamists four times longer than it was with Nazi Germany and Imperial Japan in World War ii. And those previous enemies were far more competent and aggressive than the terrorists. It is time to kill a lot more of them.”

The trouble is, military rules make that approach almost impossible. World War ii could only be won by killing many Japanese and German soldiers. There’s no question that the terrorists America is fighting today are just as evil as those regimes. But today, America lacks the resolve to kill.

“U.S. military leadership still has not told its young men and women, ‘It’s OK to kill the enemy,’” they wrote. “Moreover, the military does not celebrate its victories. How many ticker-tape parades have there been for Medal of Honor recipients in this war? When individual warriors are adjudged to have killed the ‘wrong’ target, they face conviction and imprisonment rather than being given the benefit of the doubt, as so many were given during World War ii. It is no wonder that post-traumatic stress disorder and suicide levels are so high. Instead of praising its victors, the United States browbeats them about civilian casualty numbers.”

This has very real effects. “Such squeamishness has many symptoms, not the least of which is putting infantry lieutenants in prison for allowing collateral damage to occur,” they wrote. “It would be impossible for Maj. Dick Winters of Band of Brothers fame to survive, much less thrive, in today’s military. This is sad and foreboding. Absent aggressive, free-thinking leaders at both ends of the spear, the U.S. military is doomed to failure.”

Too many are not bothered by military’s failures—they have other goals. “For the past two decades, the U.S. military has put more effort into combating climate change and training to prevent sexual harassment than it has into training warriors to kill the enemy,” wrote Bolgiano and Taylor.

This weakness and the strongly worded letter are part of the same trend. America no longer has the will, the resolve, to go after its enemies. The nation won’t stand up for its interests against Iran, and it won’t allow—and is even holding back—its soldiers to stand up to American interests in the face of radical terror.

A great many experts in international relations and war warn that this is a dangerous situation. Master strategist Karl von Clausewitz said that a nation’s power “is the product of two inseparable factors: the extent of the means at his disposal and the strength of his will (O.J. Matthijs Jolles translation; emphasis added). cia Deputy Director for Intelligence Ray Cline attempted to come up with a formula for national power in his eponymous Cline Formula. A crucial factor in his equation—every bit as important as the physical, measurable aspects of national power—are “strategic purpose” and “will to pursue national strategy.” America’s lack of these is a crippling weakness.

Why is America crippled in this way?

In Leviticus 26:18-20, God says “And if ye will not yet for all this hearken unto me, then I will punish you seven times more for your sins. And I will break the pride of your power. … And your strength shall be spent in vain ….” Is there a better description of America today?

America has awesome military power. During a tour of San Diego Bay, a tour guide pointed out to me a guided missile destroyer and boasted that one ship could take on an African country by itself—and win. He was probably right! And the Navy has hundreds of such ships. However, America is reduced to writing angry letters, ignoring red lines, and promising an “unbelievably small” strike. When the power is deployed, it is “spent in vain.” But more and more often, America doesn’t even use it.

“Philanthropic souls might easily imagine that there was an artistic way of disarming or overthrowing our adversary without too much bloodshed and that this was what the art of war should seek to achieve,” wrote Clausewitz. “However agreeable this may sound, it is a false idea which must be demolished.”

America has forgotten this lesson—but other nations have not. It is dangerous to have a broken will in this evil world.

“[O]ur refusal to use our military might is often not righteousness, as we like to believe, but despicable weakness resulting from our sins,” Mr. Flurry writes in his free booklet The King of the South. “We simply lack the faith, character and courage to fight against Iran, the number one terrorist nation today. In the end, we will prove too weak to survive!” That’s not to say that a completely righteous nation would take killing into its own hands. But just because we’re not killing does not mean we’re righteous.

What hope is there for America? How can it regain its will? Our free book The United States and Britain and Prophecy gets to the heart of our nation’s problems and shows how they can—and will—be solved. We’re more than happy to send you a free copy, anywhere in the world.

And if you’d like to hear more, Trumpet executive editor Stephen Flurry examined this subject in his radio show on Monday, “Does America Have the Will to Kill the Enemy?”