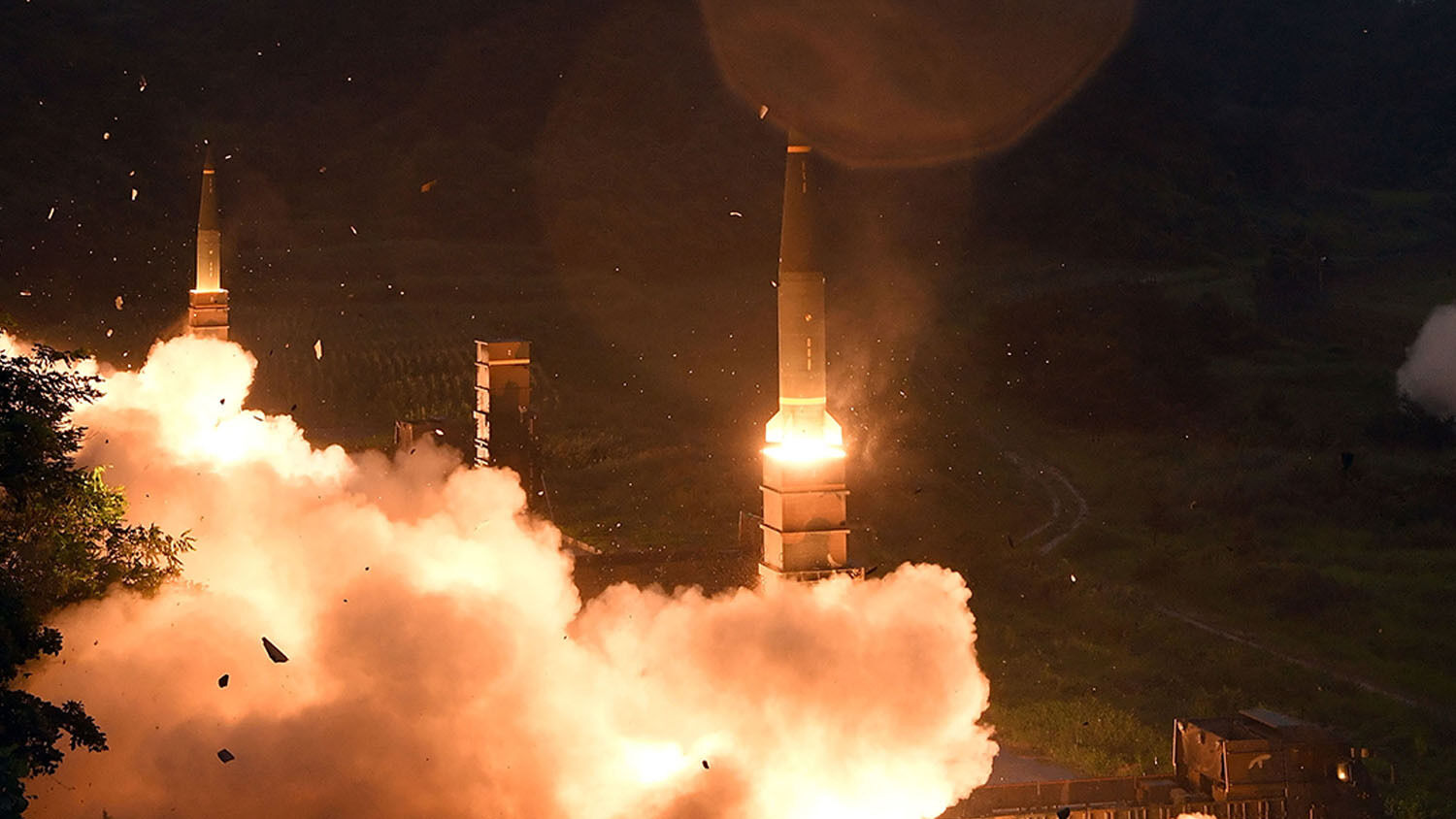 North Korea has nuclear weapons that can reach the United States mainland. Its November 28 test of a ballistic missile all but confirms this. And to some foreign-policy experts, this is a good thing.

“It’s Over” is the short headline of a piece by Ethan Epstain in the Weekly Standard. “North Korea is a nuclear power,” he wrote. “It also has a highly sophisticated missile program. The two will soon be linked—if they’re not already—and Pyongyang will shortly have the ability to launch nuclear attacks on the U.S. mainland.”

“As the Trump administration seeks to prevent North Korea from becoming a nuclear power, it will probably want to close the barn door as well, now that the horse has gotten out,” he wrote.

The solution? “Former high-ranking officials in Seoul—hardly leftist, and certainly not sympathetic to North Korea—have told me that they think it’s time that the international community simply accept that Pyongyang is a nuclear power,” he wrote.

It’s not just former high-ranking Korean officials that think this way. Dave Majumdar, defense editor at the National Interest, said, “this latest missile test removes any doubt that the Democratic People’s Republic of Korea (dprk) has the capacity to hold the American homeland at risk.”

However there is a “silver lining.” That good news? Majumdar writes, “North Korea might be nearing the completion of its test series. That could mean that there might be some potential for a diplomatic solution.”

One possible positive sign in this test: North Korean Foreign Minister Ri said at the [United Nations] in September that they were “finally only a few steps away from the final gate of completion of the state nuclear force.” That could mean they intend to conduct one or two more missile tests and then declare their nuclear deterrent complete. That could finally open the door to negotiations. A door we should have walked through long ago—before they had a nuclear-armed icbm [intercontinental ballistic missile] that could hit any part of the United States.

Far from avoiding talks, the U.S. tried negotiating with North Korea for years. That strategy failed—repeatedly. Yet some of these experts are so desperate for peace they are delusional. A nuclear-armed North Korea is not a step toward peace. It’s not something to be welcomed as an opportunity for more negotiations.

In April, Charles Krauthammer gave a much more sound analysis in the Washington Post:

We simply cannot concede to Kim Jong-un the capacity to annihilate American cities.

Some will argue for deterrence. If it held off the Russians and the Chinese for all these years, why not the North Koreans? First, because deterrence, even with a rational adversary like the old Soviet Union, is never a sure thing. We came pretty close to nuclear war in October 1962.

And second, because North Korea’s regime is bizarre in the extreme, a hermit kingdom run by a weird, utterly ruthless and highly erratic god-king. You can’t count on Caligula. The regime is savage and cultlike; its people, robotic.

“It gets even worse,” writes Trumpet editor in chief Gerald Flurry in his free booklet Nuclear Armageddon Is ‘At the Door.’ “Kim Jong-un shares his nuclear power with Iran, the number one terrorist-sponsoring nation in the world—by far! And Iran has a religious leader that is even more ‘bizarre in the extreme … a weird, utterly ruthless and highly erratic god-king.’ He believes that a nuclear catastrophe would even hasten the coming of his messiah to rule the world! … These two men have changed the nuclear equation in this world. They relish the idea of a nuclear war!”

“This is not a fantasy!” he writes. “This is the real world!”

The trouble is, too many refuse to face reality. So they live in a fantasy land where North Korea can be trusted with nuclear bombs—where North Korea or Iran will never actually use these horrific weapons. Instead, these experts’ biggest fear is a preemptive strike by the U.S. A nuclear-armed North Korea greatly reduces the odds of America attempting such a strike. This, according to these experts, is a good thing.

This unwillingness to face reality is sign of major weakness in our nations. Addressing the same subject in his booklet The King of the South, Mr. Flurry writes:

Winston Churchill said that “the history of man is war.” Misinformed people like to believe that is not true.

Superpowers cannot survive in this evil, warring world without the will to wage long, hard wars. This is the real world in which we live; fantasies won’t change that reality.

In the 1930s, Winston Churchill warned Britain and America about Hitler. The politicians, media and educational institutions were overwhelmingly pacifist and against him. (This is thoroughly explained in our free booklet Winston S. Churchill: The Watchman.) In fact, he stood alone among world leaders! And it almost cost us victory in World War ii! We have learned virtually nothing from Churchill’s warning. In fact, the pacifists have grown much stronger today. …

[O]ur refusal to use our military might is often not righteousness, as we like to believe, but despicable weakness resulting from our sins. We simply lack the faith, character and courage to fight against Iran, the number one terrorist nation today. In the end, we will prove too weak to survive!

A war with North Korea would probably be painful and costly. But the very reason we’re in this position isn’t from a lack of negotiation. As Eli Lake wrote at Bloomberg View: “The missile test is a part of a North Korean dance. The U.S. quietly pursues negotiations, until it gets close. Then North Korea pulls out at the last minute. Classic Lucy and the football. The regime has been doing this for more than 20 years.”

“When the situation was manageable it was neglected,” Churchill said in the lead-up to World War ii, “and now that it is thoroughly out of hand we apply too late the remedies which then might have effected a cure.

“There is nothing new in the story. It is as old as the Sibylline Books. It falls into that long, dismal catalogue of the fruitlessness of experience and the confirmed unteachability of mankind. Want of foresight, unwillingness to act when action would be simple and effective, lack of clear thinking, confusion of counsel until the emergency comes, until self-preservation strikes its jarring gong—these are the features which constitute the endless repetition of history.”

It’s a repetition that cannot go on much longer. This refusal to face reality led to World War ii—which ended with atomic bombs. The next major war could start with nuclear bombs.

One of our biggest needs, both individually and nationally, is to face this reality. A just and loving God is allowing these crises to build in order to teach us an important lesson: that mankind cannot rule himself because “the heart is deceitful above all things, and desperately wicked” (Jeremiah 17:9).

These mounting crises should be showing us how badly we need God.

Instead, it’s much easier to believe the human heart is good. It’s easier to deceive ourselves into thinking that a nuclear-armed North Korea is a good thing, because then we can all sit down and negotiate.

For a realistic evaluation of this world, read our new booklet Nuclear Armageddon Is ‘At the Door.’