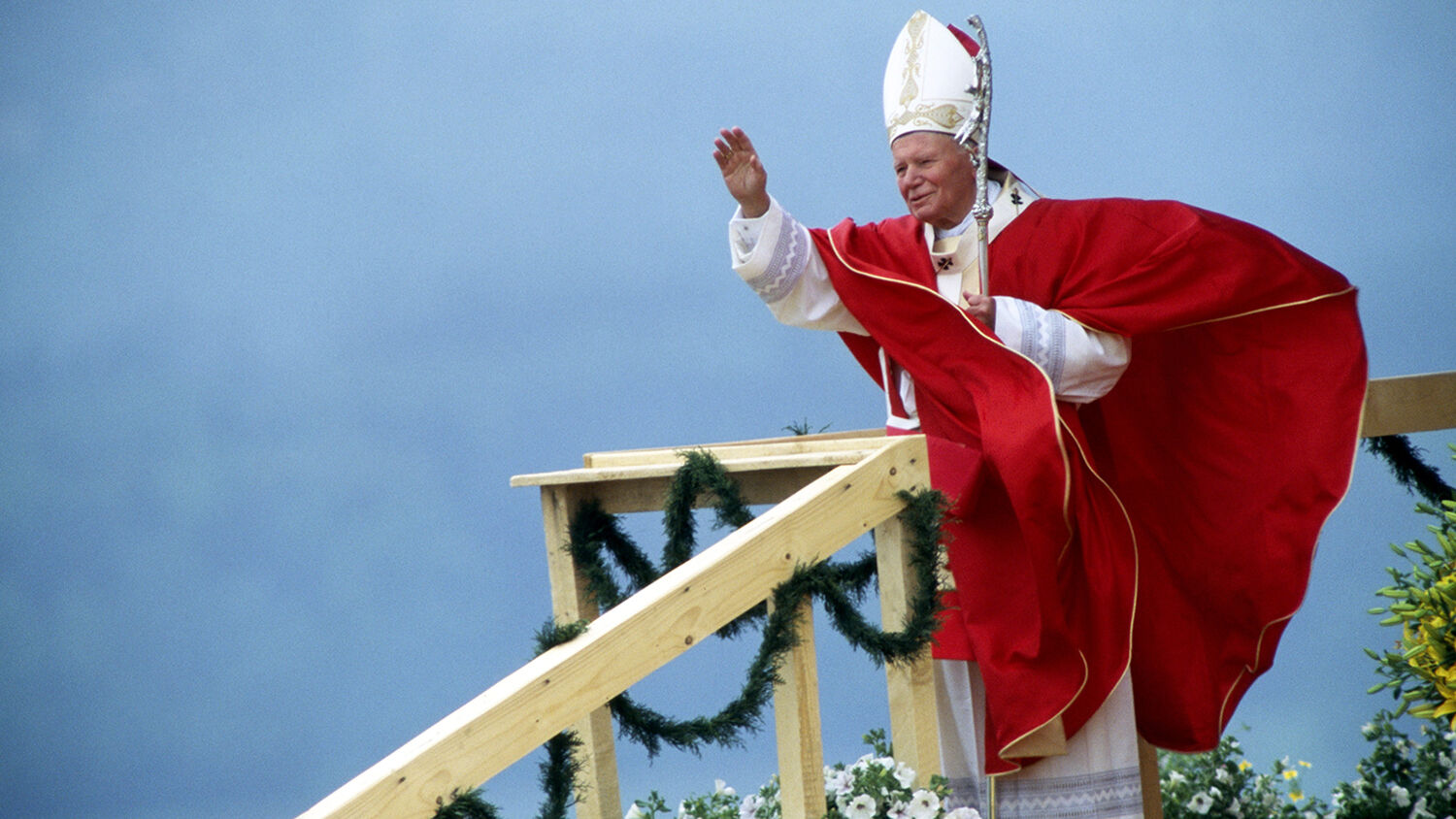 ‘It’s called Islamism. They will invade Europe. I saw the hordes coming from the West to the East.’

It was 24 years before Monsignor Mauro Longhi decided to publicly speak about a vision told to him by Pope John Paul ii on one of their many hiking trips through the mountains. With his hands trembling, away from the rest of the hiking group, the pontiff—sometimes referred to as the “pope of Islam” because of his unifying message—told Longhi of his vision that Islam would invade Europe.

Longhi disclosed the revelation while speaking at the hermitage of “Saints Peter and Paul” in October. Given in Italian, the story was naturally broken by an Italian news site, La Nuova Bussola Quotidiana, which described Longhi as a “priest above suspicion,” who “enjoyed the personal esteem not only of John Paul ii but also of Benedict xvi ….” The English translation of the story is as follows:

Then [Pope John Paul ii] changed tone, and making me privy to one of his night-time visions, told me, “Tell this to those whom you will meet in the church of the third millennium. I see the church afflicted by a deadly scourge. Deeper, more painful and more deadly than those of this millennium,” referring to … communism and Nazi totalitarianism.

“It’s called Islamism. They will invade Europe. I saw the hordes coming from the West to the East,” and he described to me the countries one by one: from Morocco to Libya to Egypt, and so on to the eastern parts.

The [pope] added, “They will invade Europe, Europe will be like a cellar, old relics, shadowy, cobwebs. Family heirlooms. You, the church of the third millennium, will have to contain the invasion. Not with armies—armies will not suffice—but with your faith, lived with integrity.”

One must think of the implications of such a vision for the Catholic community. Especially because since 1870, with the First Vatican Council, popes are (and apparently always have been) infallible when speaking ex-cathedra—“from the throne.” One wonders whether receiving secret visions is included in speaking ex-cathedra. Perhaps not, considering John Paul ii decided not to tell anyone else.

Of course, it’s entirely possible that this conversation never took place. There is no proof other than one man’s word. But his words are believed by many—and that means they have an impact.

In any case, Longhi’s speech created quite a controversy in the Italian press, with the usual suspects using it as specially endowed papal ammunition in their war to keep Islamic migrants out of Europe. Apparently, Longhi didn’t know he was being filmed and that the video would be uploaded to YouTube.

But it doesn’t matter what Longhi intended. Because papal words have papal consequences—and they can be huge.

It was Pope Benedict xvi, another friend of Longhi’s, who recently stirred up massive controversy (even death threats) when he simply quoted a 15th-century emperor in what is now the famous Regensburg lecture: “Show me just what Mohammed brought that was new and there you will find things only evil and inhuman, such as his command to spread by the sword the faith he preached.” In doing so, and he did know exactly what he was doing, he offended liberal Catholics, but encouraged conservative Catholics. Longhi, in revealing Pope John Paul ii’s vision, has given those conservative Catholics another statement from the higher-ups to appeal to. One they can use to start pushing back against Islam’s influence.

All the way back in the 1930s, Herbert W. Armstrong showed that the king of the north will be a resurrected Holy Roman Empire, or a united Europe led by the Catholic Church. In the early 1990s, Trumpet editor in chief Gerald Flurry identified this king of the south as radical Islamic led by Iran. As he wrote in 1998, “Iran has a foreign policy with a lot of ‘push.’” And today, the huge flood of northern African migrants, the mass exodus from Syria and Iraq, the increasingly frequent terrorist attacks, and the continuous anti-Western rhetoric coming from those countries all undeniably look like a push against Europe. You can find more information in Mr. Flurry’s booklet The King of the South.

Pope John Paul ii told Longhi that Europe’s defense would not be “with armies—armies will not suffice—but with your faith, lived with integrity.” This is of course what one would expect a modern pope to suggest to his audience, but it is not the method both the Bible and history say will be used. As Mr. Flurry points out in The King of the South, the word “push” in Daniel 11:40 can also mean “to wage war with anyone.” The beginning of the vision, the push, is accurate. But the end won’t be won with faith and integrity, but with the often wielded crusaders’ sword.