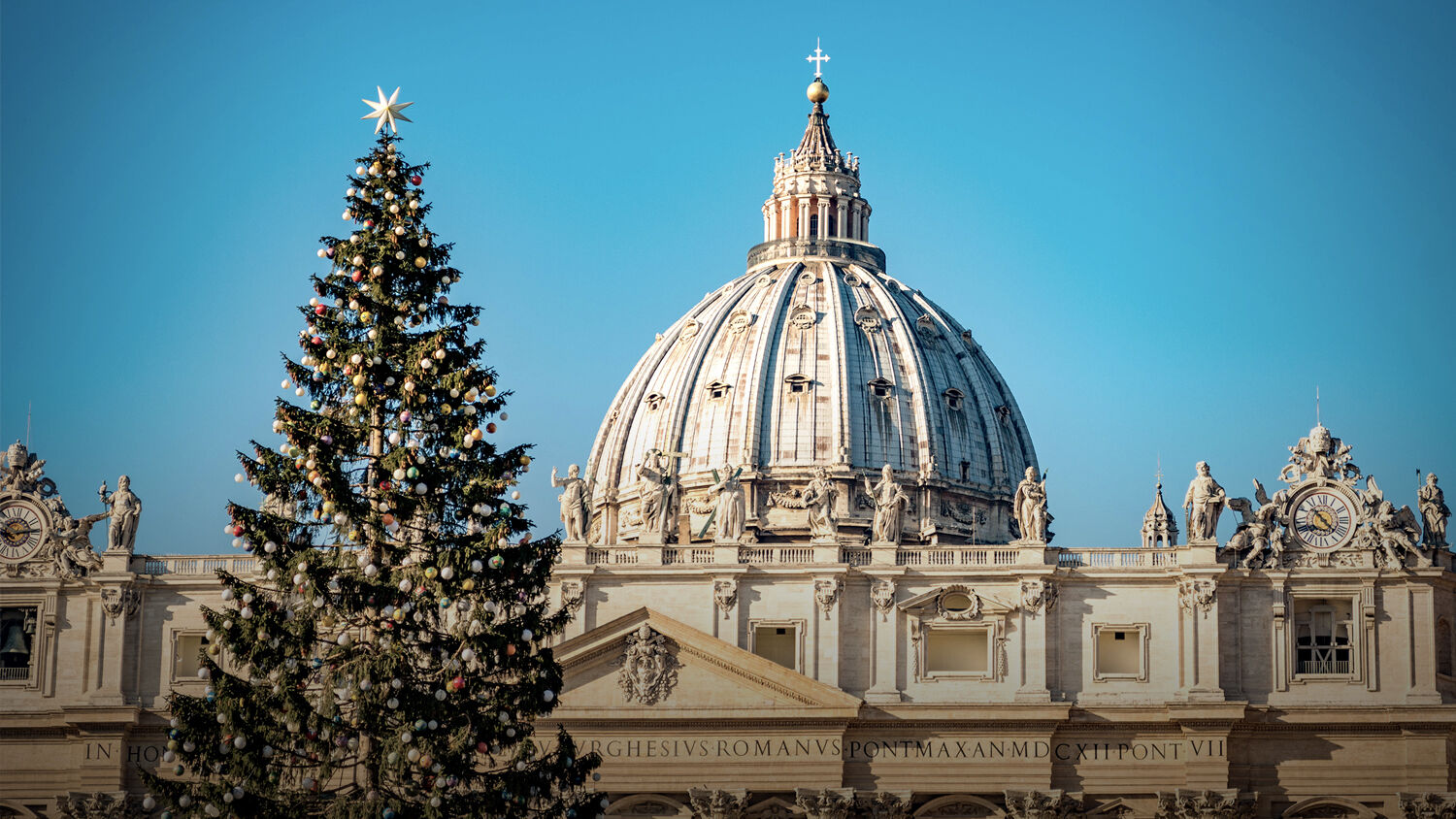 Haven’t we seen this scenario before?

On November 14, the Islamic State, via the Wafa’ Media Foundation, circulated a poster threatening an attack on the heart of the Catholic Church—St. Peter’s Basilica.

The poster reads “Christmas Blood” and shows a masked man in a car driving toward the iconic church located in the heart of Vatican City. On the passenger seat lies a rifle and a backpack.

This method of threatening attacks to cause fear is not new, and some would even say it is overused, given that the Islamic State has threatened everyone from the American public to Russian President Vladimir Putin to Muslims who have a less extreme version of jihad than it subscribes to.

The importance of the latest threat is that when it comes to big enemies to cross off the list on the way to a global caliphate, Christianity is at the top. Even a brief look at the reports that the organization Aid to the Church in Need has put out in the last few years gives us the terrifying picture. In Syria and Iraq, the two countries most ravaged by the Islamic State, Christians have been reliving the Exodus. In March 2016, a bishop claimed that nearly 70 percent of the 1.7 million Syrian Christians had fled the country. In Iraq, the previous estimate of 275,000 remaining Christians is possibly down to as few as 150,000.

Consider the story of the last remaining European, a Jesuit priest, who stubbornly refused to leave Homs, Syria, which previously held more than 600,000 people. He was dragged from his house and shot in the head by an Islamist.

Perhaps some even believe threats like this one against the Catholic Church are the last insults of a dying group, thrown out like a man’s flailing arms when he knows he has lost the fight. This is only true concerning what looks like the Islamic State’s death, with international coalitions making progress on retaking control of major cities in the Middle East. The Islamic State might be dying, but its ideas won’t die.

As former United States President John F. Kennedy said, “A man may die, nations may rise and fall, but an idea lives on.” Do we think that radical Islam will die when the Islamic State is defeated? Do we think there is no threat of attack on the heart of the Vatican just because the regional caliphate is collapsing? Have we forgotten that before the Islamic State, there was al Qaeda? And before al Qaeda, the Muslim Brotherhood? And all the way back to the years after Mohammed’s death, when it took mere decades in the seventh century for Islam to spread across the world with the sword?

It is true that Muslims and Christians have lived together for many centuries in many countries without conflict. They also spent many centuries killing each other. The idea of violent struggle has never died; it constantly recurs and wreaks havoc.

The same goes for the Catholic idea of “holy war.” Greek philosopher Aristotle, whom Catholic scholars virtually idolized for centuries, outlined the conditions for a “just war” centuries before Christ. And the most prominent of Catholics, Augustine, drew out his own scriptural justification for holy war, saying “the commandment forbidding killing was not broken by those who have waged war on the authority of God.” It was by these arguments and others that Pope Urban ii, in 1095, was able to unleash the power of Christendom to start the Crusades—killing hundreds of thousands of people.

Ideas like these don’t die. That’s why the Trumpet watches so closely when radical Islam pushes and threatens the Catholic Church or Christianity as a whole. It’s why our editor in chief Gerald Flurry has written articles like “The Last Crusade,” which isn’t a picture of history but a prophecy of the future.

“The Jews have Jerusalem now,” Mr. Flurry wrote. “But not for long. Both Muslims and Catholics have designs for Jerusalem. These two great powers are about to clash again—go head-to-head in the final crusade over Jerusalem!” The key scripture used in this prediction is Daniel 11:40, where a “king of the south” and a “king of the north” battle. Note that this event was never fulfilled in history—it is for the future. “And at the time of the end shall the king of the south push at him: and the king of the north shall come against him like a whirlwind, with chariots, and with horsemen, and with many ships; and he shall enter into the countries, and shall overflow and pass over” (Daniel 11:40).

Mr. Flurry, along with Herbert W. Armstrong before him, has emphasized the phrase “push at him,” which has the insinuation of provoking. That is the reason radical Islam is so dangerous. It’s not because the Islamic State has taken control of large swaths of territory. Nor is it because of its horrific, torturous methods of killing. But it is because it has an ideology that looks to push at Catholics, to provoke and threaten them. It is aiming to scare them with terrorist attacks. Because eventually there will be a bloody response worse than the regional crisis we see today. All of this is explained in our free booklet The King of the South.

Radical Islam pushes when it mows down 86 people with a truck in Nice, France. It pushes when it kills hundreds more at musical concerts. It pushes when it threatens Europe because of its Catholic heritage. And it is definitely a push when the Islamic State threatens the heart of the Catholic Church—St. Peter’s Basilica—with a terrorist attack, right around Christmas celebrations.