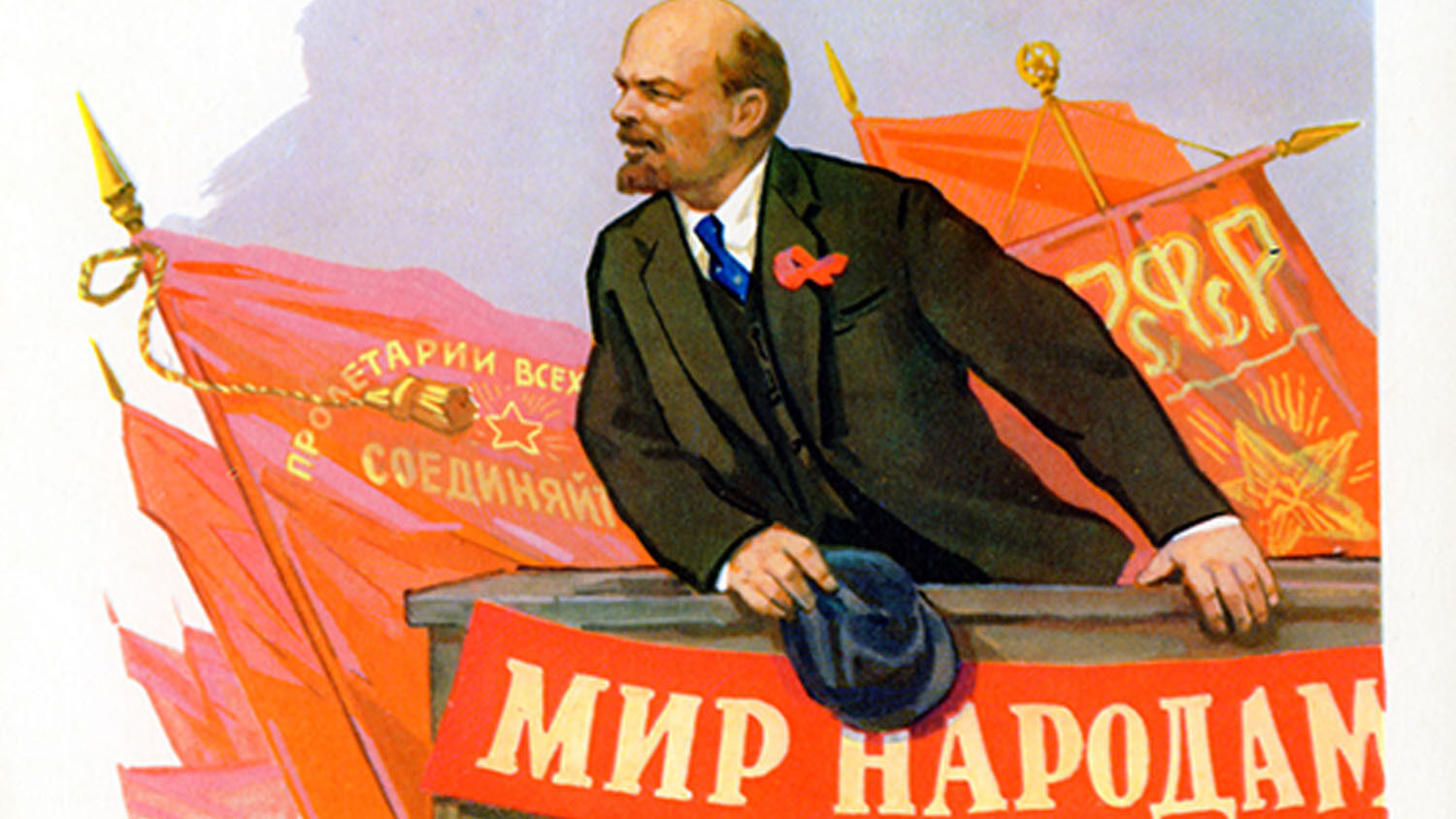 Russian founder of the Soviet Communist Party, founder and leader of the USSR: 22 April 1870 21 January 1924. Depicted behind a banner proclaiming ‘Nations of the World’.
Culture Club/Getty Images

The inspiring news is that people will get change—but not how they expect it.

One hundred years ago, in 1917, Vladimir Lenin was screaming for changes in Russia. His pamphlet of 1902 asked What Is to Be Done? Karl Marx’s ideas about socialism were revolutionary but hadn’t been implemented. Eventually, Lenin came to the conclusion that “sometimes … history needs a push.” In what is known as the Bolshevik Revolution, Lenin and his followers took over the previous government. He produced real change—for his country and around the world.

“This world really does need to be changed,” wrote Gerald Flurry, Trumpet editor in chief, in 2016.

Herbert W. Armstrong wrote of the same thing in the Plain Truth. In 1968, he wrote: “Many people have lost faith in this Western world’s sick society. So they feel they must have a faith to live by. They have a conviction, we must change the world.”

The important question is, what type of change?

In Russia, it meant up to 20 million deaths, classes pit against each other, and the enforcement of atheism. Those changes spurred on other nations. China’s Mao Zedong took up Marx’s ideas and gave his nation the “Great Leap Forward” and the “Cultural Revolution.” By the end of it, 50 million or more had been massacred or starved through famine.

The thirst for change—for revolution—didn’t stop after that. Even more recently, the socialism of Cambodia’s Pol Pot ended up killing nearly 2 million. North Korea, all over the news in its pursuit of nuclear weapons, should be seen for what it is—a Communist regime gone even more rogue. On the streets of Venezuela, socialism has a previously stable country in turmoil, with people lining up on the street to buy basic necessities.

They all wanted change, and they got it. The youth of America also want change. But shockingly, they still see socialism as a viable option.

A quarter of respondents to a 2016 survey weren’t even familiar with the two characters in the introduction of this article: Karl Marx and Vladimir Lenin. Nearly half were unfamiliar with Mao Zedong, whose leadership killed as many Chinese as the entirety of deaths during World War ii.

A more recent survey done by YouGov found that among American millennials, 44 percent would rather live in a socialist nation. Only 42 percent said they would prefer capitalism.

As Mr. Armstrong said, the youth have a “conviction” that they “must change the world.” Something is wrong. They just don’t know the right change to fix it.

Here’s what he wrote in 1967 (as Mao’s devastating Cultural Revolution was beginning): “Forty years ago, I began to study and research into communism. I wanted to understand what it is.” He understood the economics, the philosophy and the threats it posed to any nation. But there was one thing he didn’t understand, yet:

I could never understand why such brilliant, intelligent and able men turned Communist—and I wondered—until I read Whittaker Chambers’ book, Witness, published in 1952.

I want YOU to understand why such men turn against our country, and become loyal to communism. For it explains the real reason for the World Tomorrow and the Plain Truth. …

The so-called “New Morality” is the moral expression—plummeting morals into the cesspool. Universal desperation is the spiritual expression. This has spawned the beatniks and the hippies—the riots—the marches—the “civil disobedience”—the breakdown of law and order.

Teenagers—many from affluent homes—turn beatniks and hippies because they see no hope for the future. There is no longer purpose. It is now possible to erase all life from this Earth. They see no future but more wars and, perhaps, human extinction.

That is the soil that spawns communism. Communism is the vulture of decadent, dying politics, religion and society.

Whittaker Chambers explained why educated, intelligent people become Communists: “It is,” he says, “a simple statement of Karl Marx, further simplified for handy use: ‘Philosophers have explained the world; it is necessary to change the world.’”

And there—when I read it—was the answer!

These men are intelligent enough to know something is fatally wrong with the world! They were not perceptive enough to recognize that communism could never save the world—but only enslave it!

That was the reason people were so attracted to communism in the 20th century, and the same reason they are still attracted to it. The world needs change!

Earlier Mr. Armstrong had written about communism as psychological warfare. “It’s a kind of warfare we don’t understand, or know how to cope with,” he wrote. “It uses every diabolical means to weaken us from within, sapping our strength, perverting our morals, sabotaging our educational system, wrecking our social structure, destroying our spiritual and religious life. … Communism is worldwide psychological warfare!”

That warfare has taken its toll on the West. All Mr. Armstrong described is evidenced around us. Communism’s atheism directs more Americans than ever. If one of its chief aims is to destroy the traditional family, it has done well. Our morals are based on rationalism rather than revelation. In colleges, the humanities are filled with teachers sympathizing with socialism; the third-most assigned text in all American universities is The Communist Manifesto. We tend to believe the West never succumbed to Marxist thought. It didn’t in name, but in morals, communism’s effects have been huge. The changes, clearly, were not the right ones because 100 years later people still want change.

Mr. Armstrong understood the fundamental urge toward communism. “Communism does offer a program to change the world,” he wrote. “They know it needs changing. Communism is the wrong way to change it—but they don’t see that.” As always, he provided a different solution—the one that God gives through the Bible:

There is only one hope—one solution!

Man doesn’t have it! Man has failed! Man has demonstrated, by 6,000 years of human experience, that he is incapable of rightly governing himself—so as to produce universal abundant well-being!

We are in the prophesied crisis at the close—the close of this age—and the beginning of the happy and peaceful World Tomorrow!

In an earlier letter to his readers, he gave the answer: “Jesus Christ is the one who has the solution! He is going to change the world—and then save the world—and He has called you and me to be His co-workers—to have a part in changing the world, and far more—saving the world! He is now moving fast! You and I must get right under this burden and do our part with Him! There is no other work like this! It is the only one that has the answer!”

Decades later, the answer remains the same. The world needs change—but not through communism or any other man-made system. Read about it in our free booklet What Is the True Gospel? The good news is that this world will soon receive the only change that will work: a new government from God.